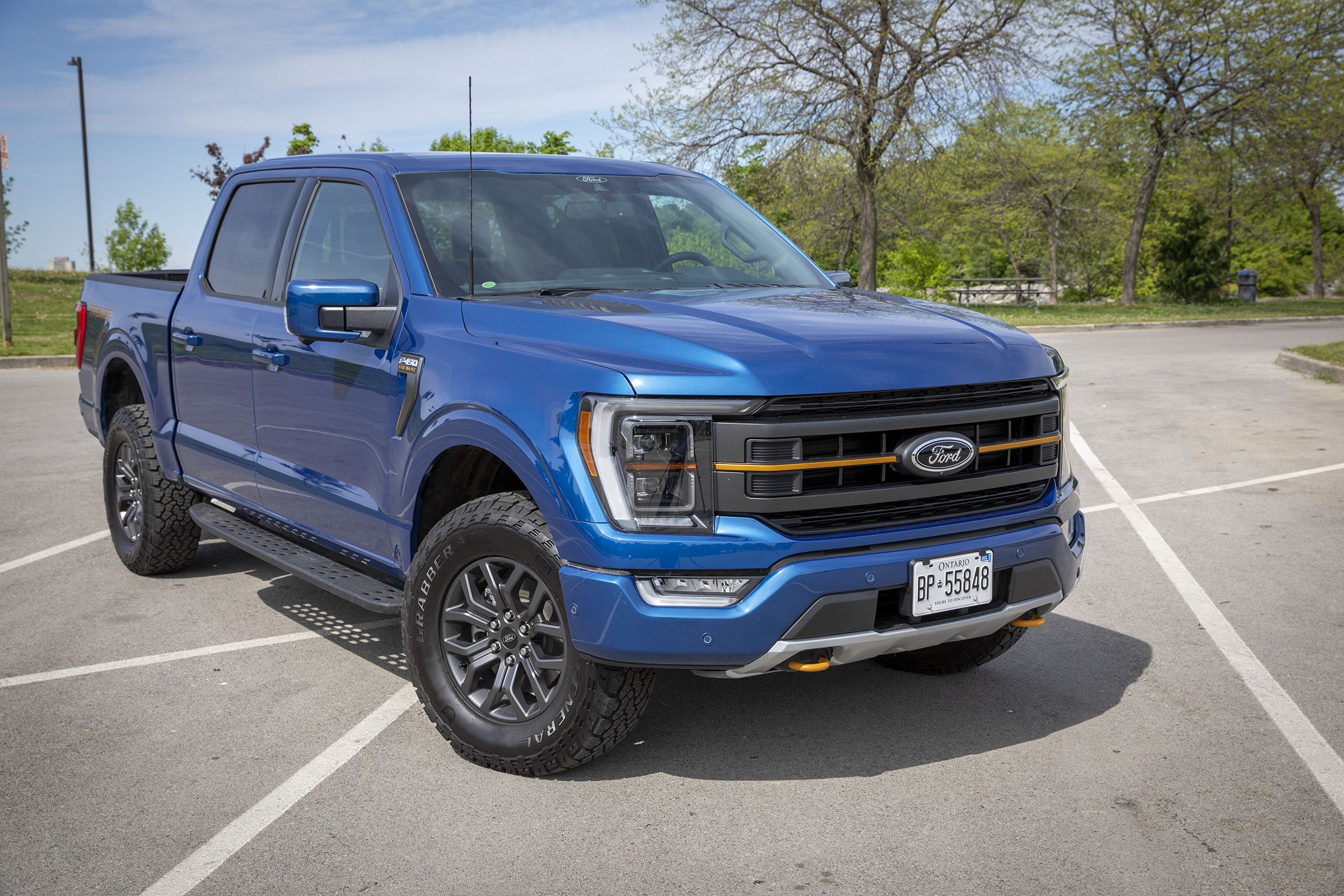 Pick-up trucks are hot, and off-road readiness is also hot, which means that an approachable truck like the 2022 Ford F-150 Tremor is practically on fire. This truck, which joined the F-150 line-up in 2021, satisfies cravings for going beyond the beaten path by offering more capability than the FX4 trim without heading all the way into Raptor territory.

The F-150 Tremor is based on the F-150 SuperCrew cab and 5.5-foot box combination, and it comes standard with a 3.5-litre EcoBoost V6 making 400 hp and 500 lb-ft of torque, a 10-speed automatic transmission, and four-wheel drive. It also includes 18-inch all-terrain tires along with upgraded suspension and driveline hardware, and monotube front shocks with twin-tube rears, which provide greater suspension travel. Improved approach, breakover and departure angles, and higher ground clearance, are all part of the package as a result.

Driving.ca’s Justin Pritchard recently reviewed this truck and his driving notes match mine almost exactly, so head over to his review if you’re looking for impressions of how this truck handles on and off the road. Here at Ministry of Interior Affairs, though, we’re tasked with examining the interiors of today’s vehicles in extreme detail. In the world of trucks, while the F-150 may not be the flashiest around, interior functionality is one area where it excels.

The Tremor grade comes in three equipment levels. The one we’re working with here is the High equipment group, which dresses this truck up to the nines at a suggested retail price of $86,015, including a $1,995 destination charge.

Another thing that’s high is, well, this truck. It comes with standard off-road running boards, and unless you’re exceptionally tall or fit, you’ll need them to climb over all that suspension lift. This is a good time to point out that there’s a Tremor package available for the Ford Ranger mid-size truck as well, which may be a solid alternate if an F-150 is more truck than you really need.

Once you heave yourself inside, you’ll notice another high point: the F-150 Tremor’s interior functionality. The surfaces aren’t anything fancy: apart from the optional leather-trimmed seats with orange accents, most of them are covered in plastic. But given that this makes it easier to clean a truck that will get dirty more often than average, Tremor owners aren’t likely to mind.

Audio and climate controls are button and dial-based and are simply and logically laid out. The drivetrain controls, the optional factory-installed trailer brake controller, and the trailer back-up assist function are all within easy reach and visibility of the driver. It may not be pretty or flashy, but it all certainly makes a lot of sense.

In the High equipment level, the front-row seats are heated and ventilated. The driver’s side has a memory function, and a heated steering wheel is also included.

The shifter is set up in a traditional layout and has a chunky, substantial feel to it. But it also has a trick up its sleeve: with a $400 option, it will fully retract with the tap of a button — even when the truck is off, which is a nice bonus — and then the top of the centre console cover folds over to create a flat working surface for writing notes or using a laptop. You’ll need to twist your back a little to use it from either front seat, so it’s not something to count on as a full-time mobile office. Still, this feature would definitely be useful for people who need to work from their trucks occasionally while on the go.

Storage is plentiful with a bottle holder and a cup holder in each door and two more in the centre console, a second covered cabinet above the glove box, a tray above the infotainment screen, and a massive centre console bin that’s large enough for a large purse or perhaps even a small backpack. Inside that bin you’ll find a USB-A and a USB-C port, and one more of each can be found next to the available wireless charging pad. To the right of that there’s a 12-volt outlet, and below it is one of the 120-volt, 20-amp household plugs that’s equipped with the ProPower Onboard feature, a $1,300 option that lets the truck become a power source for some small tools and appliances.

SYNC 4, Ford’s latest infotainment system, runs off the eight-inch infotainment screen, along with wireless Apple CarPlay and Android Auto. Some Android users have reported connection issues with SYNC 4, but I didn’t experience any problems with it when connecting with my iPhone. On the high grade, a 360-degree camera is included that also equips a front-view camera, plus a digital instrument cluster is included. The 18-speaker Bang & Olufsen sound system, an $800 option not included with the High equipment level, integrates a subwoofer and speakers directly into the headrests.

The second row is just as impressive from a functionality standpoint. Although taller people may wish for more headroom, legroom is truly impressive, and the second row in this truck is brightened up considerably by the $1,750 twin-panel moonroof. The outboard positions are heated at this trim level, and there’s a USB-A and a USB-C port, plus there’s another household plug powered by the ProPower Onboard system. Passengers here are spoiled for cup holders: there’s a bottle holder in each door pocket and a cup holder in each door armrest, plus two more on the back of the centre console and another two in the pull-down centre armrest. A power-sliding rear window takes control of airflow out of the second-row occupants’ hands, but it does make that window easier to operate.

Under the second-row seats, you’ll find a cool modular storage system. Place the walls in an upright position to create a storage space underneath the seat cushions, which accessible from either side through a 60/40 split. This bin isn’t especially deep or sturdy, but it’s good for keeping a few bags of groceries from kicking around on the cabin floor. Fold the walls away and pull the seat cushions all the way upright, and the second row’s floor becomes a singular space for moving larger and taller items around in the weather-protected safety of the cabin.

The available power tailgate is equipped here as an $800 option, and this test truck also comes with the $600 spray-in liner. A set of tie-down hooks is standard, and the High equipment level also includes LED bed lights and the BoxLink cargo system.

The 2022 Ford F-150 Tremor may not have the flashiest or most upscale interior in the world of modern trucks, but if you look beneath the surface, it achieves what truck owners are looking for: it takes many of the F-150’s most desirable features and puts it into a useful and functional package that’s ready to get dirty.

MPPSC Aspirants Hold Protest March In Indore Against Non-Declaration Of Results Of 2019, 2020

‘Abbott Elementary’ Leads All Series With Four Wins, Including Outstanding New Program And Program Of The Year Award