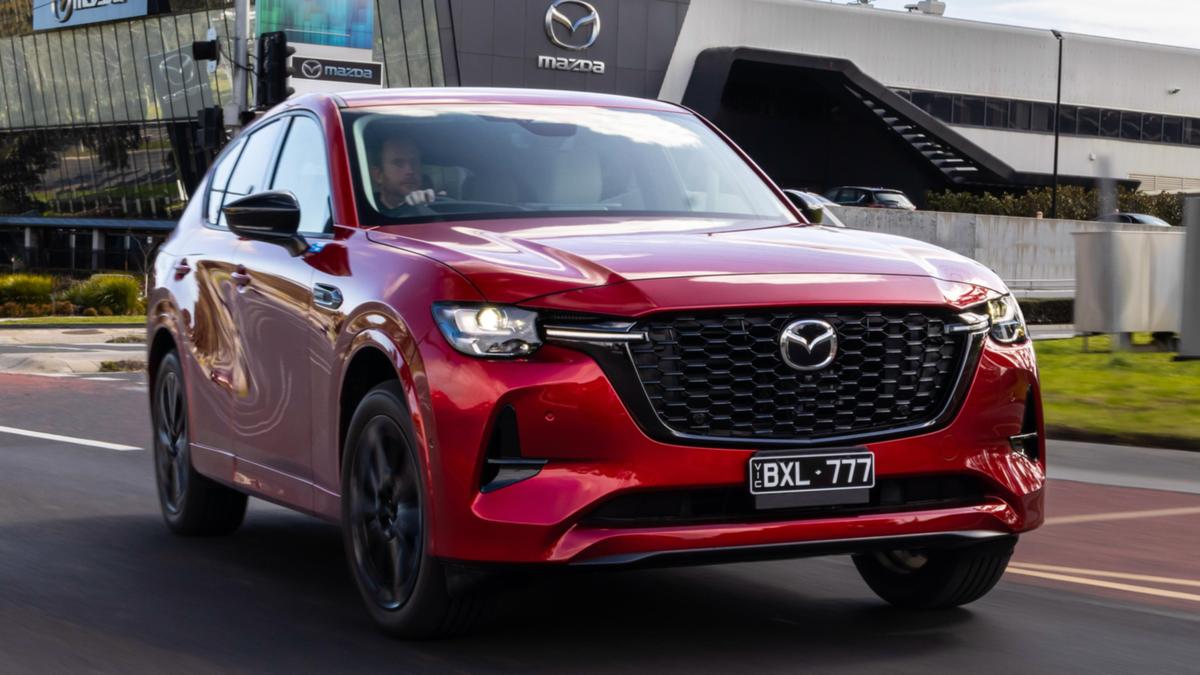 A pair of pre-production Mazda CX-60 vehicles have arrived in Australia, as the brand commences “an intensive local testing program” for its all-new premium-leaning SUV.

Mazda Australia has detailed its pre-launch process for the new model, which will “measure key data in a series of high- and low-load scenarios that include powertrain stress-testing, towing capability, quality assurance”. It’ll also be testing real-world electric driving range for the flagship plug-in hybrid variant.

The company says the development vehicles will cover more than 30,000km during up to six months of testing, with data to be collated and then shared with Mazda’s global R&D centre in Hiroshima for analysis.

Why Australia? Mazda says our market is a key test bed thanks to its “unique road composition and climatic conditions”.

Additionally, the two CX-60 prototypes will serve as training subjects for the 140-strong national dealer network in the lead-up to the model’s sales launch in the coming months.

Local pricing and specifications for the CX-60 will be detailed closer to launch – which at this stage is set to be late in 2022. Mazda is yet to confirm if the new model’s launch has been delayed until the new year; the official line at this point is “there’s a very comprehensive line up of powertrains that we will offer”.

While Australian details remain scant, the local arm has confirmed an entry-level four-cylinder naturally-aspirated petrol engine to be followed shortly by a four-cylinder plug-in hybrid, with the 3.0-litre inline-six turbo-diesel understood to be under consideration to join the range next year – though this still isn’t confirmed.

The base 2.5-litre Skyactiv-G petrol makes 138kW and 250Nm, and in Japan offers the choice of rear- or all-wheel drive in conjunction with a standard eight-speed automatic transmission.

Meanwhile, the e-Skyactiv PHEV pairs a version of the same 2.5-litre petrol engine with a 17.8kWh battery pack and an electric motor, good for system outputs of 241kW and 500Nm, and an electric driving range of 60 kilometres based on the WLTP test cycle.

In Japan, there’s also two versions of the Skyactiv-D 3.0-litre inline-six diesel; a 170kW/500Nm non-electrified unit with either rear- or all-wheel drive (like the base petrol), as well as an uprated 187kW/550Nm e-Skyactiv D version featuring 48V mild-hybrid technology. The MHEV is AWD-only.

Mazda will add a 3.0-litre e-Skyactiv X inline-six petrol in 2023, complete with mild-hybrid tech, though details of this powertrain are still to be announced. The Skyactiv X branding signifies lean-burning compression-ignition petrol technology and supercharging.

Like the diesels, Mazda’s local division hasn’t confirmed if the Skyactiv X inline six will make it to local showrooms, nor when.

While pricing and specifications for the Australian market are still to be confirmed, it’s expected the CX-60 will play within the $50,000-$80,000 bracket, meaning high-spec models will compete with the Audi Q5, BMW X3, Lexus NX and Mercedes-Benz GLC.

The CX-60 is the first of several cars to be built on Mazda’s new Large Architecture, which offers rear-wheel drive and six-cylinder engines.

Mazda has confirmed four new SUV nameplates already – the CX-60, CX-70, CX-80 and CX-90. The CX-60 and CX-80 will be five- and seven-seat models respectively, targeted primarily at the European market, while the CX-70 and CX-90 are wider, and aimed at North America.

As for which will come to Australia, Mazda’s local arm has said on the record it’s looking into all available options. Stay tuned to CarExpert for all the latest.

Orlando Pirates vs Mamelodi Sundowns: How to LIVE STREAM!

Automata on Switch ought to have come earlier but it’s…