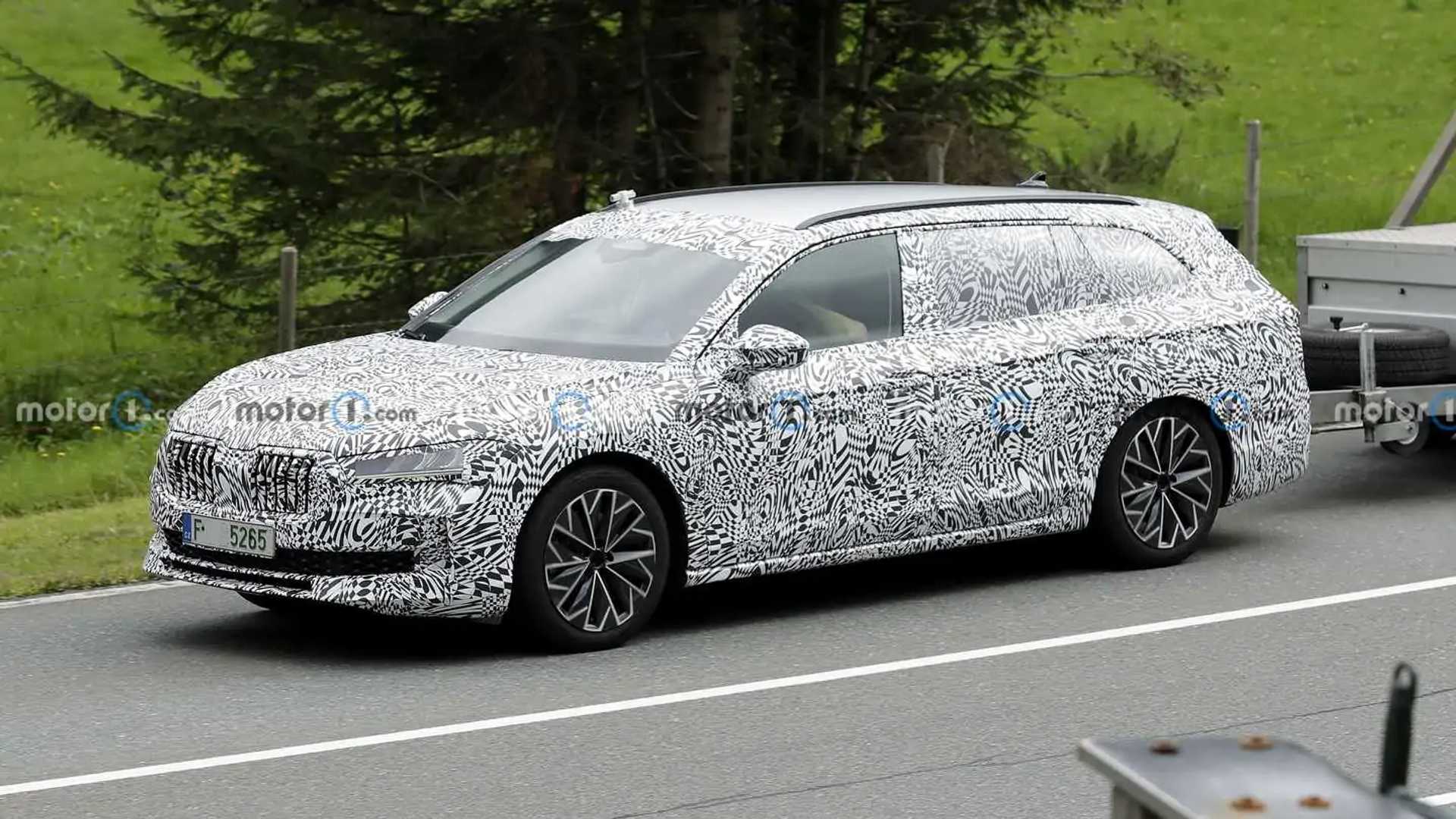 With the Ford Mondeo, Opel Insignia, and Renault Talisman all going away, the VW Group hopes its next-generation Passat/Superb twins will generate strong sales. That’s still a difficult task when SUVs continue to be all the rage in Europe and other parts of the world. Likely the last midsize mainstream cars with combustion engines from the conglomerate are due in 2023 and will be made by Skoda at home in the Czech Republic.

In the meantime, there’s still a lot of testing that needs to be done and iron out all the kinks. Our spies just spotted the new Superb, and once again, the prototype depicted the more practical wagon. The regular liftback has been officially confirmed to remain in production, but rumor has it that VW is phasing out the Passat sedan and will therefore only sell the estate. By the looks of it, the vehicle had the full production body as well as the final lights.

While the exterior seems to play it safe with the changes by taking the evolutionary route, a peek inside the cabin reveals a fully redesigned dashboard. Much like the Enyaq, the 2023 Superb has a tablet-like touchscreen that sticks out from the center console. The display appears to be bigger than what you’ll find in the Octavia, and that panel underneath presumably contains touch-sensitive controls. That fully digital instrument cluster will likely be standard across the range seeing as how this is effectively Skoda’s flagship car.

In an interview with Auto Express about a year ago, former CEO Thomas Schäfer briefly talked about the 2023 Superb’s cabin by saying it will “carry our new user language, which extends to what you touch and feel. Superb will get it first, and then [the second-generation] Kodiaq after.”

He went on to say some of the bits will be adapted from the Enyaq, so that the free-standing screen could have the same 13-inch diagonal as in the electric SUV. Here’s hoping there are still some traditional buttons and/or knobs rather than having to control everything exclusively through the touchscreen. That said, Skoda’s new Vision 7S concept previews a simplified interior.

The Superb and Passat should get the VW Group’s final development of combustion engines in both gasoline and diesel flavors. Logic tells us the ICEs have been engineered to meet Euro 7 regulations due to arrive in a couple of years as these two cars are likely to be sold until 2030 at the very least. A plug-in hybrid powertrain is in the offing, but a purely electric Passat won’t happen because that role has been attributed to the ID. Aero. There’s no word about an equivalent Superb EV at this point.

How the Montreal Protocol Helped Save Earth from a Climate…