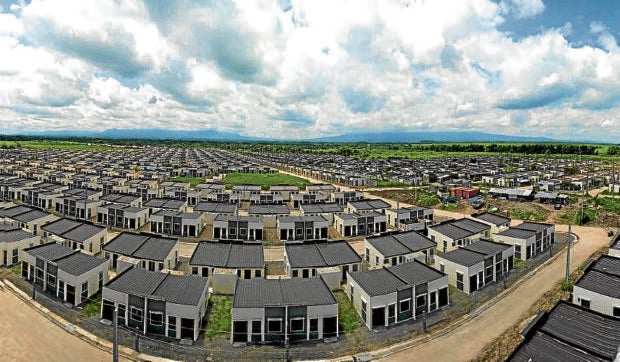 The DHSUD’s programs are geared towards ensuring that underprivileged Filipinos will realize their dream of owning a decent home.

The country’s central housing authority is poised to make great strides this year in addressing the lingering, pervasive and massive problem of affordable housing.

That’s because despite the birth pains, the challenges of the COVID-19 pandemic and the limited budget it secured for 2021, the Department of Human Settlements and Urban Development (DHSUD) has lined up innovative programs, key policies and systems that will help lay down a solid foundation for the future of housing in the Philippines.

DHSUD Sec. Eduardo del Rosario bared the agency’s plans during a recent interview in his office, as he underscored their staunch commitment to ensure that all underprivileged Filipinos will realize their dream of owning a decent home.

“Our department was created so we’ll be able to provide shelter to the low income families, most especially the informal settler families (ISFs),” Del Rosario stressed. 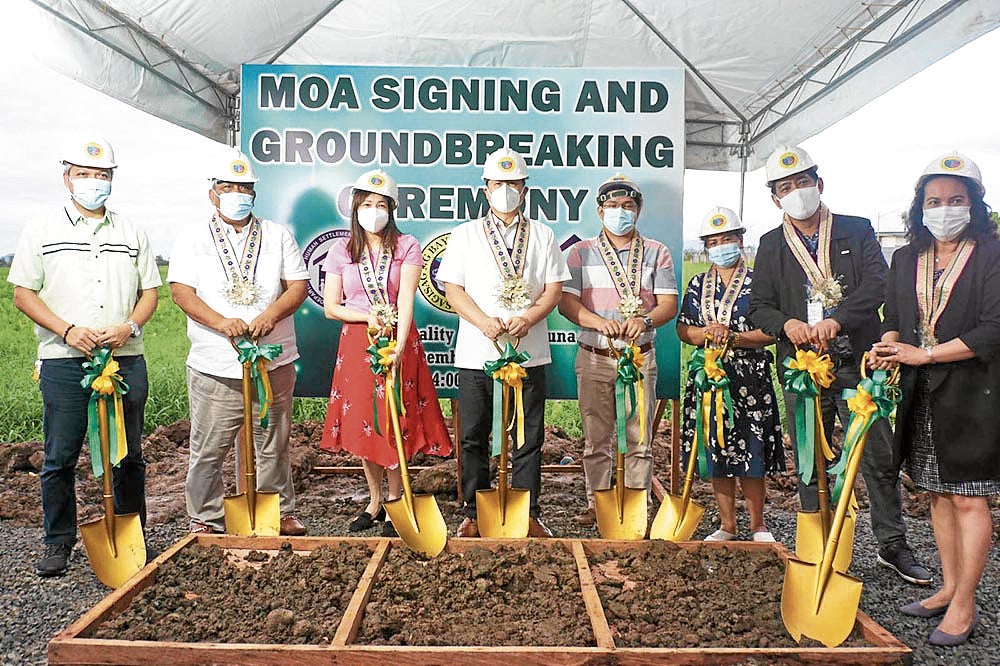 DHSUD Secretary Eduardo Del Rosario graces the groundbreaking ceremonies for housing projects in the municipalities of Pila and Bay in Laguna.

Among the DHSUD’s priorities for this year, according to the housing czar, is to finalize and release within the first quarter the 20-year housing strategic roadmap, a blueprint that would help identify the challenges and outline the strategies that could resolve the housing backlog, currently estimated at some 6.5 million units. It is being aligned with the government’s Ambisyon Natin 2040, which was aimed at making the Philippines a prosperous, middle-class society where no one will be poor by 2040.

“No later than March 31 we will launch a 20-year strategic housing roadmap. This roadmap will tell us the direction of the housing sector up to 2040 as well as what we will need to do over the short term, mid term and long term,” Del Rosario said. “This roadmap, which will be the product of all those involved in the housing sector including the stakeholders, will also lay the groundwork for the next administrations.”

The DHSUD also plans to launch this year a public rental housing program, similar to the model being used by the local city government of Valenzuela with its Disiplina Villages. According to Del Rosario, they are looking to adopt this rental housing program as a modality as this is seen to help enhance the affordability of housing in the country. 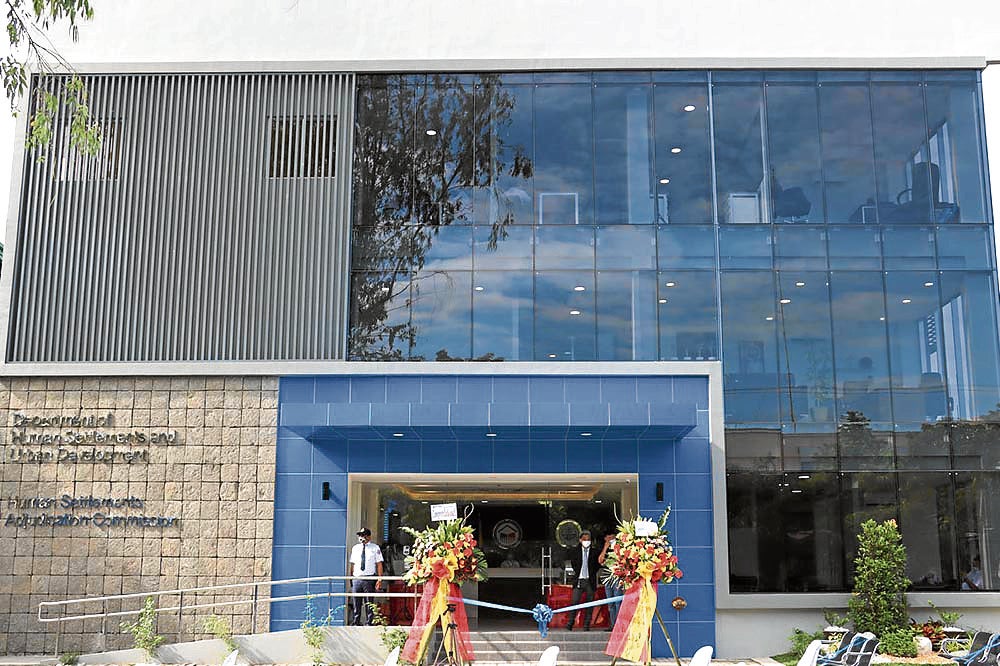 The DHSUD unveiled its first-ever regional building in Central Luzon in line with its goal of delivering superior pubic service.

Del Rosario further disclosed that they will also continue to connect and partner with more local government units (LGUs) this year to help resolve problems with the ISFs.

“We can establish a mechanism wherein the national government can provide subsidy to the LGUs provided that they provide one very important equity—the land where the housing units will be constructed,” Del Rosario said.

“For example, if a particular locality, city or town would like to have a housing project and they have a lot for the relocation of the ISFs, we could provide the land development as a grant, so that’s about 30 percent of project cost. So instead of the residents buying the land and paying for land development, these will now be free and these resources could go into ensuring the quality of the housing units that will be constructed,” he explained.

Del Rosario further pointed out that if the land and land development are free, the housing units can also be made more affordable. For instance, the current price ceiling for each housing unit is at P480,000 to P530,000. With the LGU’s land and DHSUD’s grant, the said price could go down to P400,000 per unit, enabling more families to afford a decent home.

“So we will really need strong networking and of course, the willingness of the LGUs to provide housing for their constituents,” he added.

In December alone, the DHSUD provided as grant the land development cost for seven projects located in Laguna, Pangasinan, Bataan, Baguio City and Davao. The grant would depend on the size and type of housing project. In the case of the seven projects, the cost of the grants ranged from P26 million to P155 million. These were funded via the balanced housing compliance of real estate developers.

Internally, the DHSUD is targeting to beef up its manpower as it is only “27 percent filled up” according to Del Rosario. Having adequate manpower and the right structure in place is crucial to ensure the smooth operations in the agency. The target is to have 50 percent of the posts filled up within the year.

Del Rosario said this was crucial as they now have 16 regional offices from only nine when they started in January last year. Earlier this month, the DHSUD already unveiled its first-ever regional building in Central Luzon in line with its goal of delivering superior public service. This regional office complements its mandate of providing sustainable, resilient and affordable housing communities to Filipinos. 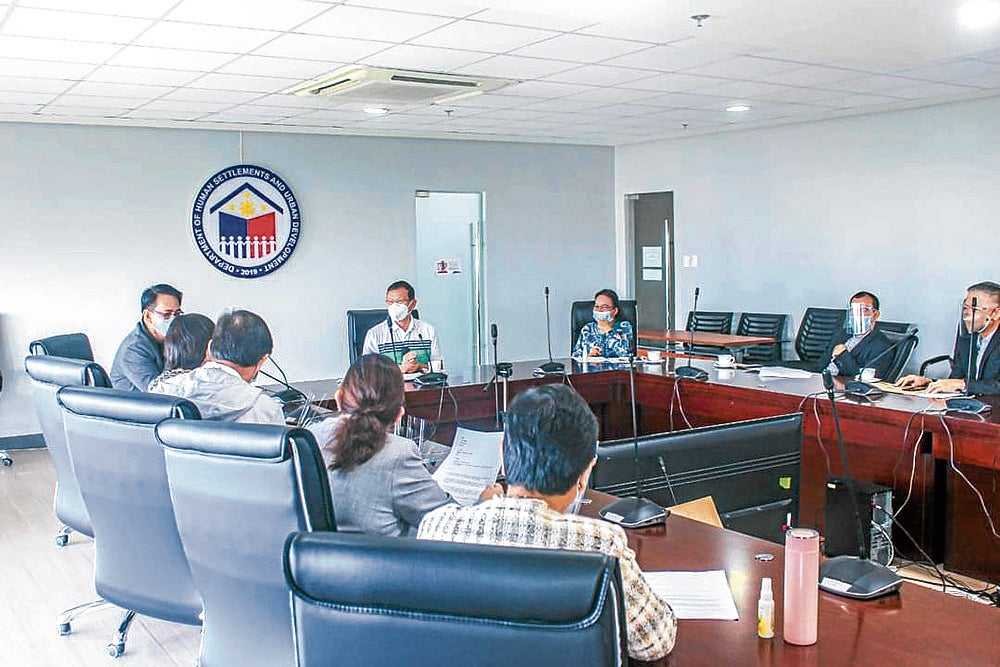 The DHSUD has lined up for this year innovative programs, key policies and systems that will help lay down a solid foundation for the future of housing in the Philippines.

Del Rosario admitted that budget is crucial to the agency’s operations because housing is capital intensive. However, from its proposed P77-billion budget for 2021, the DHSUD was given an allocation of only P4 billion.

“We can live with what we have but we need to institute stop gap measure by having complementary efforts… Good thing we also have the balanced housing compliance of the property developers which will allow us to provide subsidies to the LGUs,” he said. “Of course, the support being extended by the private sector is tremendous as well as they help us in the production of housing units.”

View: Tulsidas and Ghalib outline this ultimate truth about the alchemy of power

View: Tulsidas and Ghalib outline this ultimate truth about the…