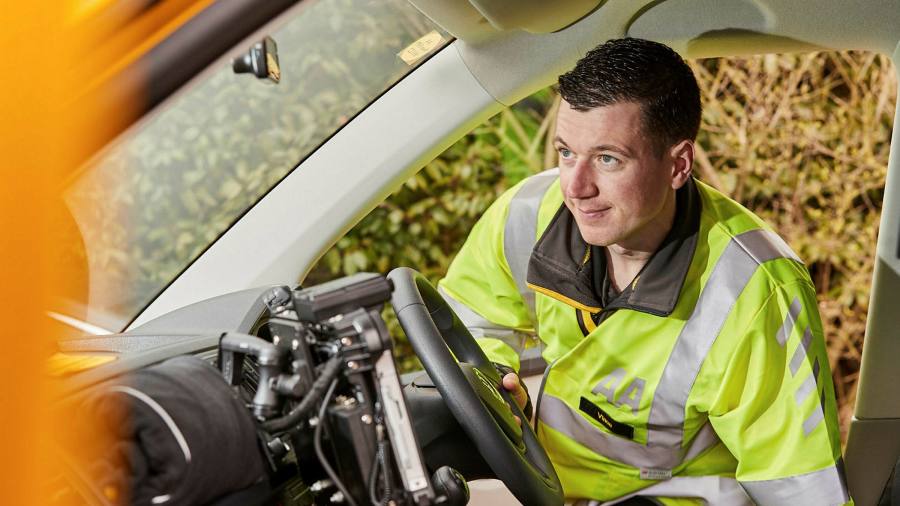 Two private equity firms are in last-ditch talks with the AA’s management over the terms of a possible bid for the heavily indebted roadside recovery group, people close to the matter said, with any offer unlikely to give shareholders a significant premium to the company’s most recent closing share price of 33p.

Warburg Pincus and TowerBrook Capital Partners are in the final stages of negotiating a potential joint offer for the group, ahead of a Tuesday deadline set by the UK’s Takeover Panel.

However, the people cautioned, there is no certainty that a deal will be reached, with one estimating a 50-50 chance of an agreement being struck by the deadline. “It could still go either way,” another person said.

The AA has been speaking to potential bidders since the summer, as it seeks to bring in cash as repayment deadlines on a large portion of its £2.6bn debt edge into view.

Any offer would probably be pitched fairly close to the current 33p trading price, one of the people involved said. Such a move stands to disappoint some AA shareholders, who have previously demanded a higher bid.

Drew Dickson, the founder of Albert Bridge, the AA’s largest shareholder, told the Financial Times in August that an offer of £200m for the company’s equity would be a “somewhat opportunistic” move by private equity firms. An offer at the current share price would value the company’s equity only slightly higher, at £209m.

However, the bidders would argue that their approach amounts to a rescue deal, a person close to the matter said. About £913m of its debt falls due for repayment in the next two years. It made £107m in pre-tax profits in the year to January 31.

The AA, known for its yellow recovery vans, is weighed down by debt, a legacy of previous private equity ownership which means its interest payments alone in the year to January totalled £128m, more than half of its market value.

One main sticking point in the talks has been the announcement by the UK’s Financial Conduct Authority in September of a new ban on charging existing insurance customers more than new clients for home and motor cover. That would hit the AA’s insurance business, which it operates alongside its roadside recovery operations.

The AA’s shares were trading at 25p on the day before the company announced in August that it was in talks with buyout groups.

Its announcement said would-be bidders had indicated any offer would involve a “significant” amount of new equity being injected into the business to lower its debt load.

The AA, Warburg Pincus and TowerBrook declined to comment.

Ravneet Gill’s recipe for a decadent Christmas chocolate and…