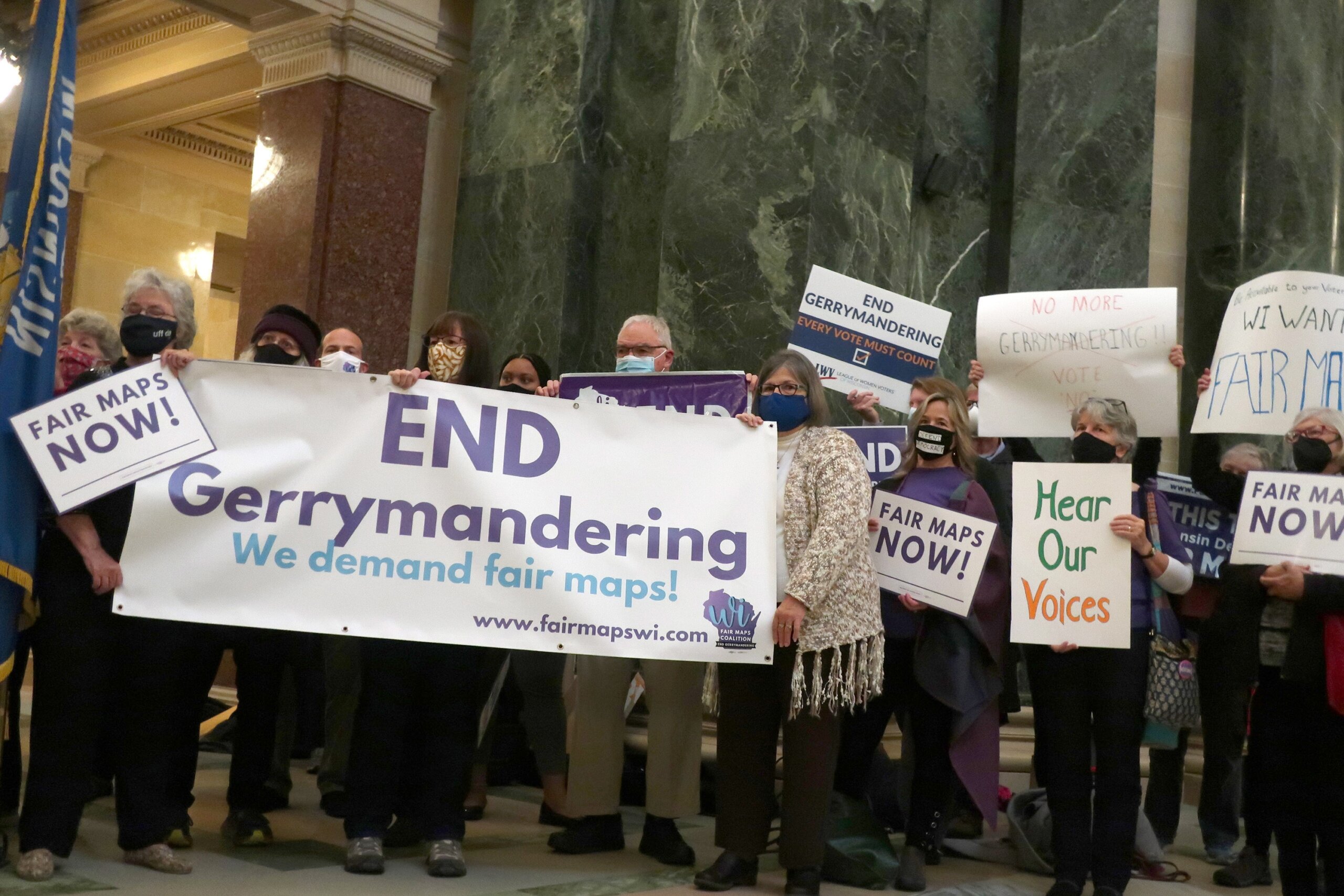 In overturning a half-century of nationwide legal protection for abortion, the U.S. Supreme Court ruled that Roe v. Wade had…

In overturning a half-century of nationwide legal protection for abortion, the U.S. Supreme Court ruled that Roe v. Wade had been wrongly decided and that it was time to “return the issue of abortion to the people’s elected representatives” in the states.

Whether those elected officials are truly representative of the people is a matter of debate, thanks to another high court decision that has enabled control of state legislatures to be skewed to the right or left.

In June 2019, three years before its momentous abortion ruling, the Supreme Court decided that it has no role in restraining partisan gerrymandering, in which Republicans or Democrats manipulate the boundaries of voting districts to give their candidates an edge.

The result is that many legislatures are more heavily partisan than the state’s population as a whole. Gerrymandering again flourished as politicians used the 2020 census data to redraw districts that could benefit their party both for this year’s elections and the next decade.

In some swing states with Republican-led legislatures, such as Michigan and Wisconsin, “arguably gerrymandering really is the primary reason that abortion is likely to be illegal,” said Chris Warshaw, a political scientist at George Washington University who analyzes redistricting data.

Meanwhile, “in states where Democrats have gerrymandered, it’s going to help probably make abortion laws more liberal than people would like,” he added.

A majority of Americans support abortion access in general, though many say there should be some restrictions, according to public opinion polls.

States have sometimes been viewed as laboratories for democracy — institutions most closely connected to the people where public policies are tested, take root and potentially spread.

“Our decision returns the issue of abortion to those legislative bodies, and it allows women on both sides of the abortion issue to seek to affect the legislative process by influencing public opinion, lobbying legislators, voting, and running for office,” Alito wrote.

Abortion already is an issue in Wisconsin’s gubernatorial and legislative elections. A recent Wisconsin poll showed a majority supported legal abortion in most or all cases. But a fight is brewing over an 1849 state law — which had been unenforceable until Roe v. Wade was overruled — that bans abortion except to save the life of the woman.

Democratic Gov. Tony Evers is backing a court challenge to overturn the law, enacted just a year after Wisconsin gained statehood. He also called a special legislative session in June to repeal it. But the Republican-led Assembly and Senate adjourned in a matter of seconds without taking action.

Wisconsin’s legislative chambers had one of the nation’s strongest Republican advantages during the past decade and are projected to continue to do so under new districts in place for the 2022 elections, according to an analysis by PlanScore, a nonprofit that uses election data to rate the partisan tilt of legislative districts.

“Democracy is distorted in Wisconsin because of these maps,” Assembly Minority Leader Greta Neubauer said.

In 2018, Democrats won every major statewide office, including governor and attorney general, races where gerrymandering isn’t in play. But they have not been able to overcome heavily gerrymandered state legislative districts since Republicans won control of the statehouse during the midterm elections in 2010.

“If we had a truly democratic system in Wisconsin, we would be in a different situation,” she said. “We would be overturning this criminal abortion ban right now”

“This is an issue that is so critical to come back to the states, because each state then can elect people that will represent their values.” Rozar said.

The 2010 midterms, two years after former President Barack Obama was elected, were a pivot point for control of statehouses across the country. Coming into that election, Democrats fully controlled 27 state legislatures and Republicans 14, with the rest split. But sweeping GOP victories put the party in charge of redistricting in many states. By 2015, after two elections under the new maps, Republicans fully controlled 30 legislatures and Democrats just 11.

That Republican legislative advantage largely persisted through the 2020 elections, including in states that otherwise are narrowly divided between Democrats and Republicans, such as Michigan, North Carolina, Pennsylvania and Wisconsin.

In New Mexico, it’s Republicans who contend the Democratic-led Legislature has pushed beyond the will of many voters on abortion policies. The New Mexico House and Senate districts had a sizable pro-Democratic edge during the past decade that got even more pronounced after districts were redrawn based on the 2020 census, according to the PlanScore data.

The Republican nominee for governor, Mark Ronchetti, has proposed to ban abortions after 15 weeks of pregnancy with exceptions for rape, incest and when a woman’s life is at risk. But the legislative proposal has been described as dead on arrival by Democratic state Senate Whip Linda Lopez.

Michigan could provide one of the biggest tests of representative government in the nation’s new abortion battle.

Republicans drew Michigan legislative districts after the 2010 census and created such a sizable advantage for their party that it may have helped the GOP maintain control of the closely divided House, according to an Associated Press analysis. As in Wisconsin, Democrats in Michigan won the governor’s race and every other major statewide office in 2018 but could not overcome legislative districts tilted toward Republicans.

The dynamics have changed for this year’s elections. The GOP’s edge was cut in half under new legislative districts drawn by a voter-approved citizens’ redistricting commission, according to the PlanScore data. That could improve Democrats’ chances of winning a chamber and influencing abortion policy.

Michigan’s Republican gubernatorial challengers generally support a 1931 state law — temporarily placed on hold by a judge — that bans abortions unless a woman’s health is at risk. Democratic Gov. Gretchen Whitmer, who is running for reelection, wants to repeal that law.

Republican state Rep. Steve Carra said lawmakers are looking to replace it with “something that would be enforceable in the 21st century.”

“It’s more important to protect life than it is a woman’s right to choose to take that life,” said Carra, who leads a coalition of 321 lawmakers from 35 states that had urged the Supreme Court to return abortion policy to the states.

Unsure about their legislative prospects, abortion rights advocates are gathering signatures for a November ballot initiative that would create a state constitutional right to abortion, allowing its regulation only “after fetal viability.”

“It’s the best shot that we have at securing abortion access,” Democratic state Rep. Laurie Pohutsky said. “I think if this is put in voters’ hands, they will want to see this ballot measure succeed.”

Food hack: How to make butter soft or defrost it fast

Michelle Yeoh on Why Tarantino Didn’t Cast Her in Film