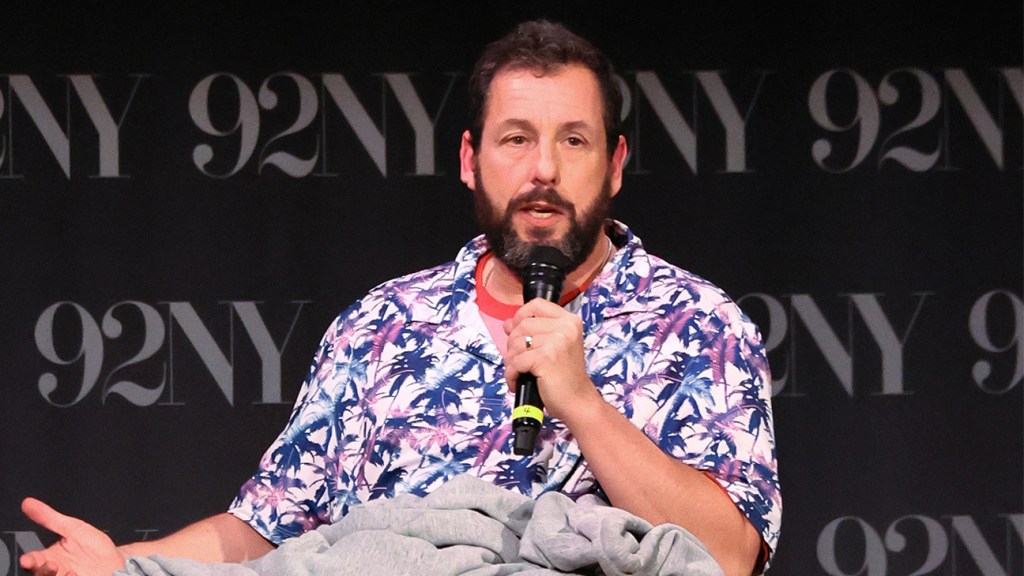 Adam Sandler continues to pay tribute to his former castmate and friend, Chris Farley, 25 years after his death.

During Thursday’s episode of the Happy Sad Confused podcast, the Hustle actor says he still finds it difficult to perform the “Chris Farley Song” during his shows on the Adam Sandler Live stand-up comedy tour, which kicked off in October. Sandler explained he sings the tribute song at the end of each show and that during the first few performances, he would “get so emotional.”

“I’ve sung it maybe a hundred times already, but it rocks me. I think it’s because we show video of Chris, and I see his face, and I remember his dad, and I remember I’m friends with his brothers and his mom and everybody, and they still miss him a lot,” The Happy Gilmore actor said. “So, yeah, it gets me.”

Farley and Sandler were castmates on Saturday Night Live in the early ’90s, and both left the series in 1995. Two years later, Farley died of a drug overdose in 1997.

Then, in 2019, the Grown Ups actor returned to SNL after 24 years to host an episode for the first time. At the end of the show, Sandler debuted his song honoring Farley.

Years later, the actor continues to keep his friend’s memory alive with the song. During the podcast, Sandler explained that Farley always gets the biggest applause of the night during his shows, saying, “every time I mentioned his name … the audience go nuts.”

The Wedding Singer star wasn’t the only person Farley had a huge impact on. Sandler added that when David Spade made a special appearance on several shows, he would also get emotional during the song.

“He’s like, ‘Man, I can’t sometimes. I can’t listen. I got to walk away because I get so upset,’” Sandler said, “because we loved him, we loved him so much.”