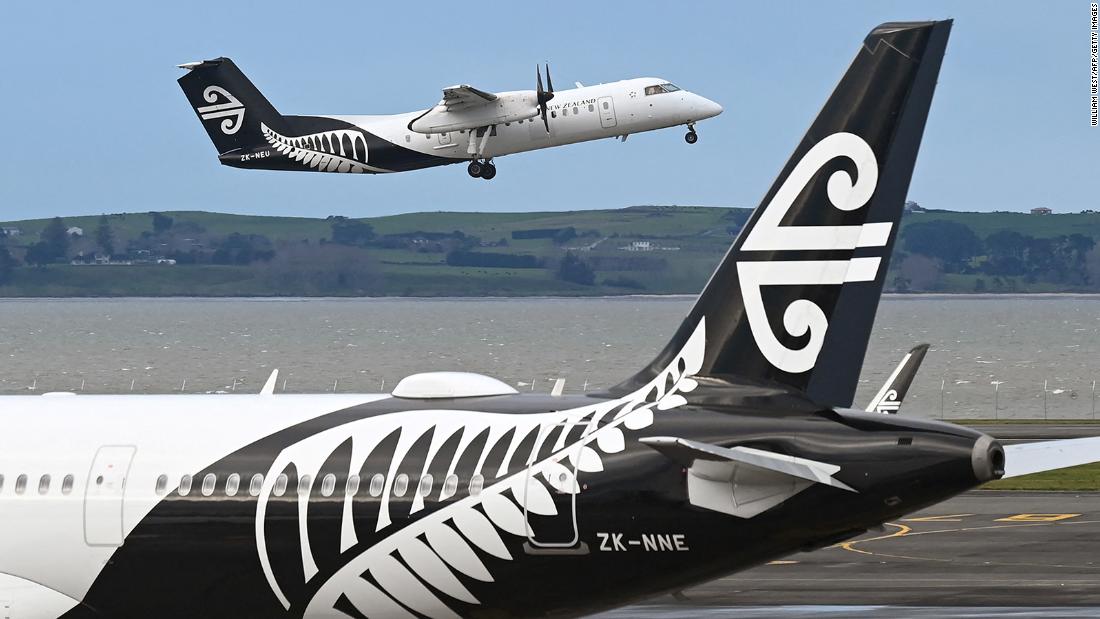 (CNN) — After 16 hours in the sky, Air New Zealand’s first ever direct flight to New York City arrived at JFK airport on September 17.

The flight, NZ2, was first announced back in March and has been a major cornerstone of the airline’s post-pandemic rebound. Its companion flight, NZ1, flies the opposite route from JFK to Auckland in about 17.5 hours.

“As one of the world’s greatest cities, Air New Zealand is proud to add the Big Apple to its list of 29 international destinations,” Air New Zealand CEO Greg Foran said in a statement, adding that the filght connects his two favorite cities in the world.

The airline’s desire to secure a slot at JFK was never a secret.

When the flights were announced earlier in 2022, Foran said “Traditionally, flight numbers 1 and 2 are used for an airline’s flagship route. And that’s what New York will be — our flagship route.”

In addition to New York, Air New Zealand flies to five other destinations in the United States, including San Francisco and Honolulu.

As New York is the airline’s first (and currently only) direct flight to the east coast, it will be easier for passengers from New Zealand to connect onward to North American and European hub cities.

Everything on board was made to feel special for the inaugural journey.

On board meals were comprised of New Zealand meats, wines and produce, including paua saucisson (abalone sausage), which made its airline debut.

According to the New Zealand Herald, Foran himself was on board and pitched in with serving meals to customers in the premium economy and economy cabins. Passengers reportedly clapped when the 787-9 Dreamliner touched down.

Some New Zealand notables were on board the flight, such as Stuart Nash, New Zealand’s minister of tourism, former prime minister Helen Clark. Current prime minister Jacinda Arden was reportedly planning to join but had to go to London for Queen Elizabeth II’s funeral instead.

However, there was one unexpected wrinkle over the weekend.

Some passengers on the NZ1 itinerary from New York to Auckland discovered upon landing that their bags did not make the journey with them.

“Unfortunately given additional fuel requirements due to adverse weather, some customer bags were unable to be loaded in New York and we are getting them to New Zealand as soon as possible,” Air New Zealand COO Alex Marren told CNN Travel.

“We are in touch with customers to update them and reunite them with their bags. We’re sorry for any inconvenience this has caused.”

The airline assures CNN that this was a one-time issue and adds, “We have processes in place to ensure our customers get to their destinations safely and try reduce disruption as much as possible during an extreme weather event.”

Air New Zealand has some heavy competition in the battle for the world’s longest passenger flight.

Currently, the top two longest flights in the world are both operated by Singapore Airlines — one between Singapore and New York’s JFK and one between Singapore and Newark International Airport. The former clocks in at a dizzying 9,534 miles and spends about 18 hours in the air.
Australia’s Qantas is one of ANZ’s primary competitors, and the airline refuses to be left out of the mix when it comes to long flights. It is launching a Melbourne-to-Dallas longhaul flight in December.
Earlier this year, Qantas took an important step toward launching Project Sunrise, its long-dreamed-of goal to establish direct flights between Australia and the cities of New York and London.

The airline ordered 12 Airbus A350-1000s planes, with hopes that the ultra-long-haul routes can begin operating in 2025. These flights will clock in over the 19-hour mark, making them the world’s longest non-stop flights.