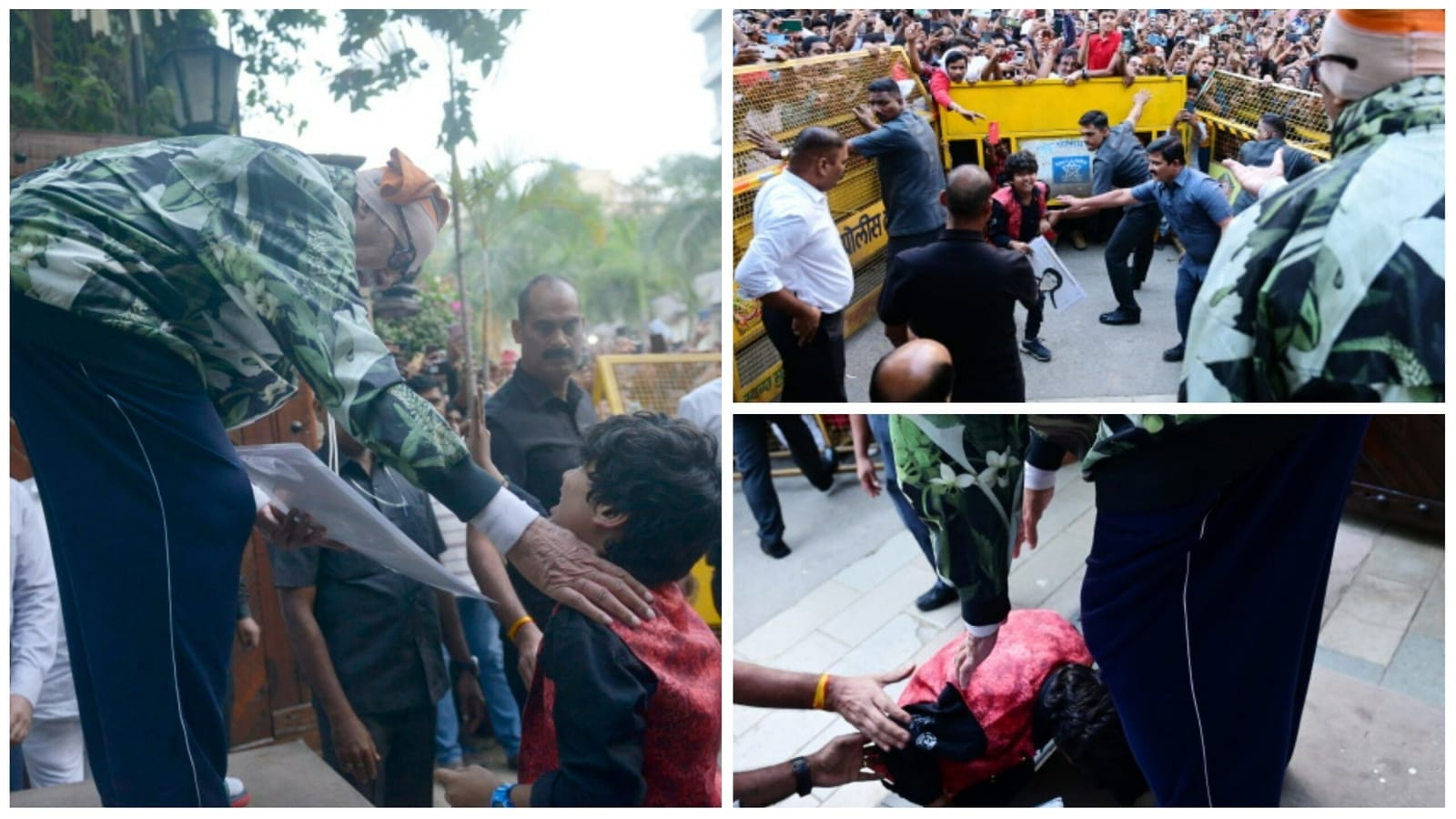 A young fan of Amitabh Bachchan broke the security cordon outside his bungalow Jalsa when the actor was meeting his fans as part his Sunday meet and greet. The actor shared pictures from the incident on his blog and wrote about how the fan was overwhelmed at meeting the actor. He added that the fan rushed to touch his feet and cried. Also read: Amitabh Bachchan reveals interacting with audience after KBC shoot takes 2 hours

Sharing pictures from the exchange on his Tumblr blog on Monday, Amitabh wrote, “and this little fellow came up all the way from Indore after at the age of 4 he saw DON .. and stuck to it .. dialogues acting my lines etc., .. in tears for having met me his desire for long .. sublimates himself at the feet , which I just do ot like and abhor .. but …”

The pictures show a child, breaking the security cordon placed between the fans and the actor outside his house and running up to him, even as the bouncers try to hold him back. The young fan falls at Amitabh’s feet, half in tears and gets him to sign a painting he is carrying. Other pictures show Amitabh consoling the child and interacting with him.

The actor added, “Console him as he breaks the cordon and runs up .. console him .. autograph the paintings he did of me and get to read a letter from his Father…such be the emotion of the well wishers .. it leaves me in a swell of the aqua when in solitude .. what how when why .. me!”

Amitabh Bachchan has recently resumed his weekly meet and greets with fans outside the gate of his landmark Mumbai residence. Every Sunday, he comes out of his house, and greets the fans gathered there, even meeting a few of them.

Prefabricated tiny home pops up in 60 minutes for under $40K