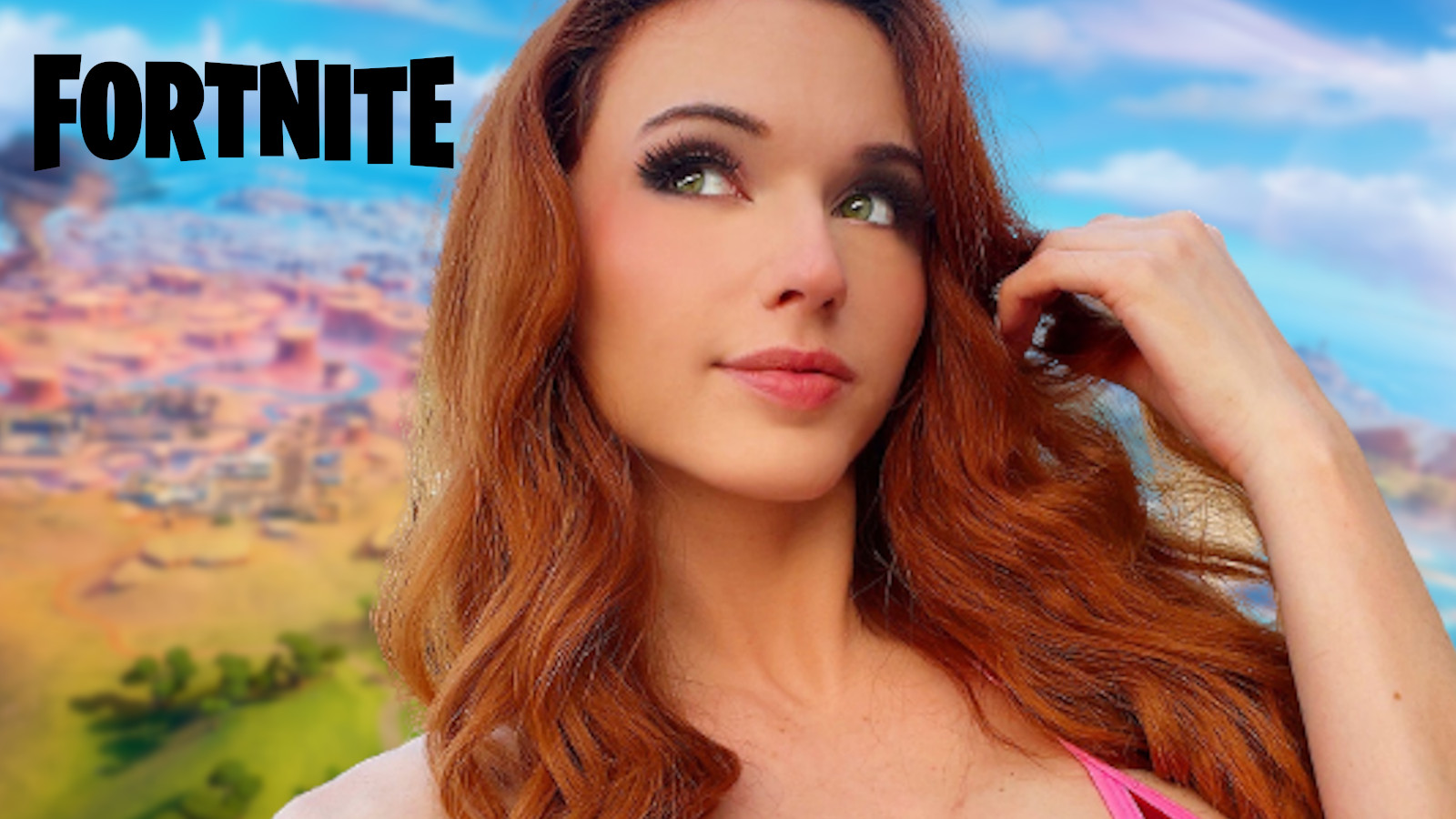 Some Fortnite players are demanding that Twitch star Amouranth be next in line for an Icon skin and the hot tub streamer is in agreement.

Twitch streamer and OnlyFans creator Kaitlyn ‘Amouranth’ Siragusa has become the top female on any streaming site edging out the likes of Pokimane and Valkyrae. With such success, some fans have begun pushing for her to be included in Fortnite.

Fortnite’s Icon skins honor some of the top creators in gaming, music, and sports with a massive assortment ranging from Ninja to Ariana Grande and LeBron James.

On September 18, Twitch streamer ‘actingliketommy’ tweeted about how they wanted Amouranth to receive her very own Icon skin, prompting the OnlyFans star to respond.

Amouranth responds to calls for her own Fortnite skin

In a series of posts, Fortnite player ‘actingliketommy’ remarked how the game “needs” an Amouranth Icon skin and urged the developers to get to work on it.

This comment sparked a series of mixed opinions with many outright opposing the suggestion and called Tommy a ‘simp’ while a few others liked the idea of an Amouranth skin.

“No way you tweeted this,” one responded while others even called on Tommy to deactivate his account for requesting an Amouranth skin.

When asked if the tweet was satire, the user explained that he saw a fake emote with a character in a bathing suit and started thinking, “this would be perfect for her.”

For her part, however, Amouranth responded to the idea by retweeting the streamer’s request with a fingers crossed emoji, indicating she would be down to enter the world of Fortnite.

Of course, there’s no guarantee that we’d ever see Amouranth enter the game, but it could be quite the interesting crossover if Epic Games decides to make it a reality.

Until then, however, fans will have plenty to do in the colorful battle royale as they await Amouranth’s possible arrival with Fortnite Chapter 3 Season 4 underway.