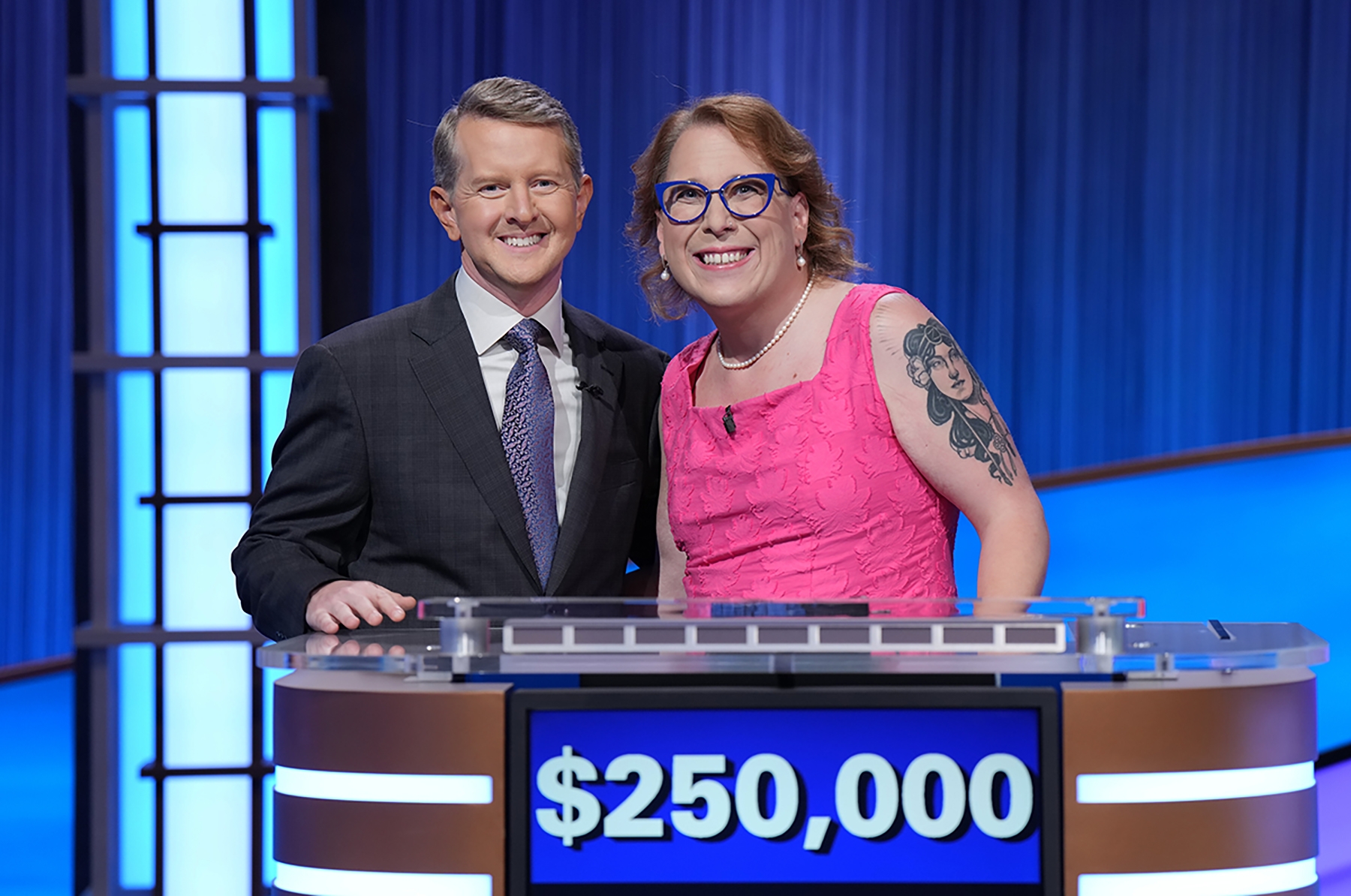 After nearly a month-long competition that brought back many show favourites, Amy Schneider, a writer from Oakland, Calif., won the Jeopardy! Tournament of Champions Monday night.

As the Canadian national soccer teams head to their respective FIFA World Cups, Derek Van Diest will be on the scene to cover all the action. Expect expert insights and analysis in your inbox every Tuesday.

The next issue of Corner Kicks with Derek Van Diest will soon be in your inbox.

Heading into Monday night’s finale, Schneider was competing against Andrew He, a software developer from San Francisco, and Sam Buttrey, an associate professor of operations research at the Naval Postgraduate School from Pacific Grove, Calif.

“I feel amazing,” Schneider, 43, said after her win. “Earlier in the finals, I had this sudden moment of seeing myself and being like ‘I’m on stage in the Tournament of Champions finals,’ and that was crazy. And I won! It’s a great feeling.”

The final clue was: “THE JANUARY 12, 1864 WASHINGTON EVENING STAR REPORTED ON A PERFORMANCE OF THIS ‘DASHING COMEDY’ TO ‘A FULL AND DELIGHTED HOUSE,’” with the correct response being, “What is Our American Cousin?”

Buttrey wagered everything and guessed incorrectly, while both Schneider and He responded with the right answer. But He wagered a conservative $2,801, leaving him with $17,001. Meanwhile, Schneider bet $13,000 for a final tally of $28,600 to win the game and the tournament.

Fans will recall that Schneider ended He’s five-game winning streak last season before going on a 40-game run, which landed her in the second all-time spot behind only Ken Jennings.

“I both wanted to [compete against him] and was afraid of facing him again,” Schneider said. “I knew he was one of the top competitors in the field. He was definitely someone that I knew could beat me because he very nearly did before, and he did a couple of times here as well. Any of the three of us really could have won if a very small number of things had gone differently. I’m glad we got a really fair chance to test our skills against each other, and I’d love to play him again someday, somehow.”

The final category that stumped Schneider back in January was “Countries of the World” with the clue: “The only nation in the world whose name in English ends in a ‘h,’ it’s also one of the 10 most populous.”

But the former engineering manager “blanked” on the answer, which was “Bangladesh.”

“I just blanked. I couldn’t come up with anything, and it was so frustrating,” Schneider told The Washington Post.

Following her loss to Rhone Talsma, a librarian from Chicago, Schneider told the Associated Press that she had a hunch her streak was almost up.

“I had a feeling my time was winding down, even though it didn’t look that way in the scores,” she said.