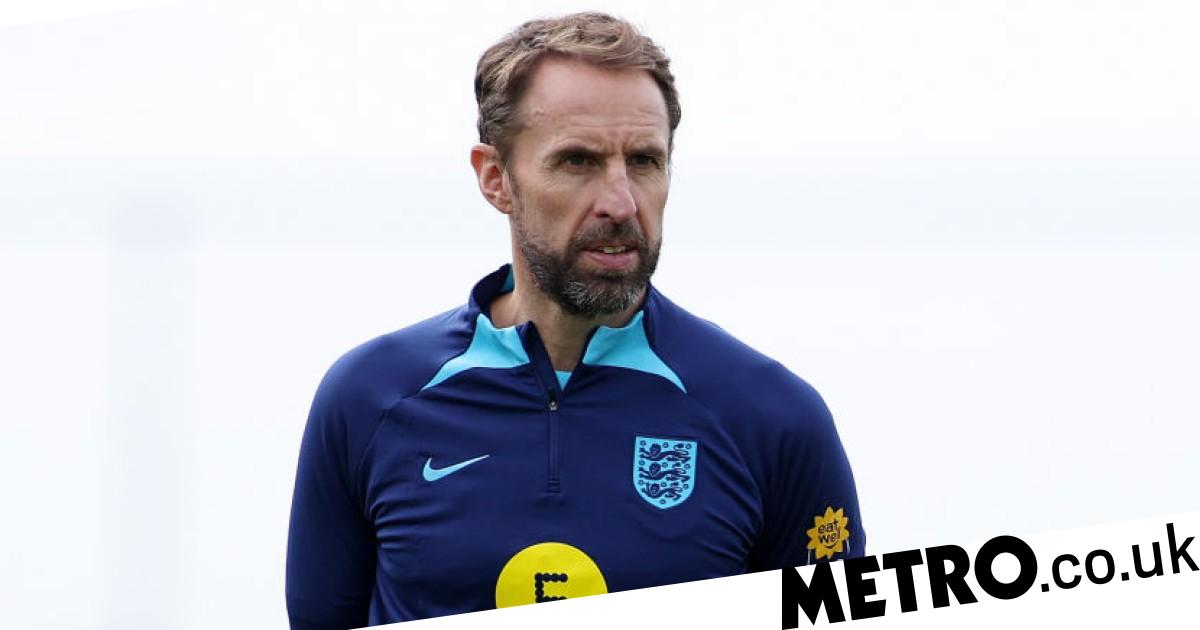 With just two months to go until the World Cup kicks-off in Qatar, Gareth Southgate has some major calls to make when he selects his 26-man squad who will aim to bring football home.

The upcoming Nations League fixtures against Italy and Germany will hopefully help ease that process, though picking the Three Lions starting XI will remain a very tricky task.

A few of Southgate’s regulars, like Manchester United’s Harry Maguire, are struggling for game time, while inform candidates, like Arsenal’s Ben White, lack experience on the international stage.

Everton winger Townsend, who won 13 England caps between 2013 to 2016, believes that the team selection will be very dependent on the opposition and made some controversial omissions when naming his side.

‘Although the media like to pretend that there’s better options, in goal no doubt it’s Jordan Pickford,’ Townsend told talkSPORT.

‘Reece James right-back, Kyle Walker right side of a three with Maguire and [John] Stones. I’d probably go [Ben] Chilwell at left-back although it’s up for grabs at the moment.

‘For the two holding midfielders I’d go [Declan] Rice no doubt about it. I’d probably say [Jude] Bellingham slightly over [Mason] Mount but either or.

‘And then the front three, I’d go [Raheem] Sterling, [Harry] Kane and Phil Foden over [Bukayo] Saka but only just.’

The Saka versus Foden case was also an issue at last year’s Euros with the Arsenal winger eventually winning out after the Manchester City attacking midfielder struggled in the opening games.

Mount has often been a dependable presence, but his form for Chelsea has been awful at the start of this season and is too attack-minded to play in the double-pivot of a 3-4-3, Southgate’s likely formation in big games.

But the debate surrounding England’s best right-back is still ongoing, with the very creative Trent Alexander-Arnold often overlooked due to his defensive shortcomings.

The Liverpool star is currently competing with City’s Walker, Chelsea’s James and Newcastle’s Kieran Trippier for a place in Southgate’s best XI.

‘Trent’s not in my team. It’s between him and Trippier for second choice,’ Townsend added.

‘But if you’re playing a team like France or Germany or Spain, maybe you want a solid back five and maybe you use Reece James or Kieran Trippier.’