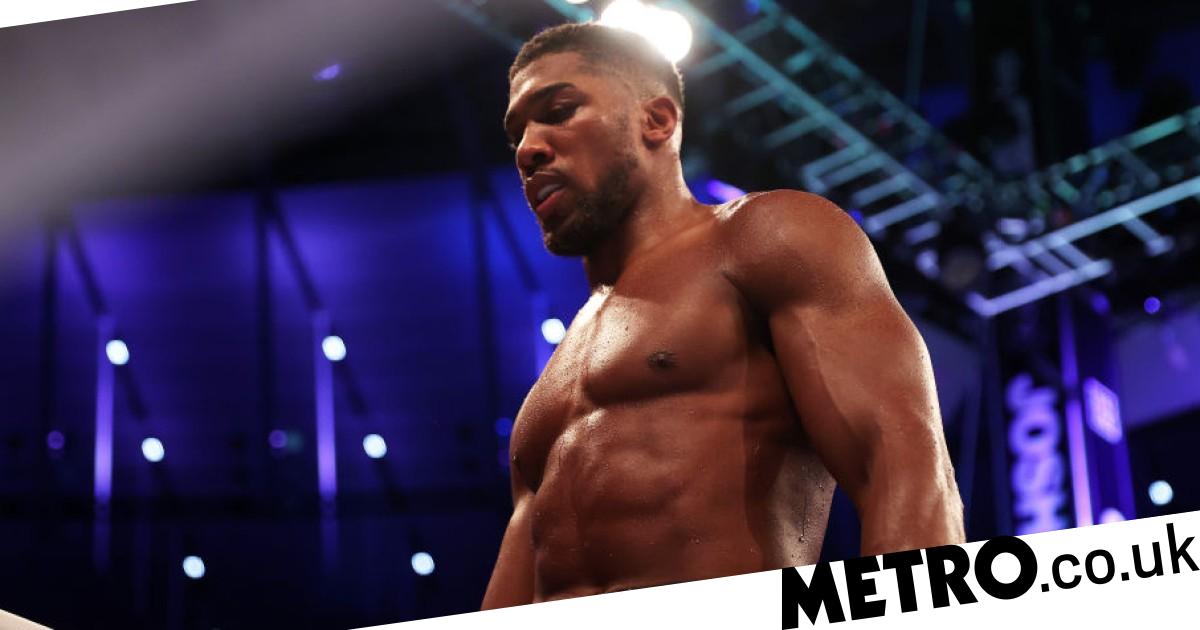 Anthony Joshua is promising a different mindset in his rematch with Oleksandr Usyk next year, saying that the has ‘war’ and ‘murder’ on his mind.

Joshua relinquished the WBA, WBO, IBF and IBO heavyweight titles to the Ukrainian in September when he lost a unanimous decision at the Tottenham Hotspur Stadium.

The former champion has triggered a rematch clause and he will attempt to reclaim the belts in the spring of next year.

Having been seen to be overly cautious in the first fight, lacking the aggression to deal with the superior boxing of Usyk, Joshua does not intent to make the same mistake twice.

The 32-year-old is sounding very aggressive, even months out from the fight, and while he knows it will not be simple to just bully the unbeaten champion, he has a chilling threat for the Ukrainian.

‘He’s had like 400 amateur fights, he’s seen people that have tried to rough him up, millions of times, so to just try and adapt one style is silly,’ Joshua told iFL TV of Usyk.

‘But for me I have one thing in my mind, that’s war, that’s murder, that’s war, let’s go out there and hurt the guy. Take his soul to the point where he wants to give up.

‘That’s what boxing’s about, I’ve learned that. You hit people constantly, keep on applying a certain amount of pressure, before they know it they’ll realise you aren’t going anywhere, you’re here to stay.

‘With the game plan, that’s all I have in my mind at the minute, that one track, stay on course, take this guy to places he doesn’t want to go.’

Since the defeat in London, Joshua has travelled to America and met a string of coaches, sparking speculation that he could be leaving head coach Rob McCracken.

AJ distanced himself from that suggestion, although he said he would be bringing in new coaches into his training, but he will leave game plans and tactics to them, while he focusses on his mindset.

‘The game plan for the coaches, let them come up with it, I ain’t got time to be studying this guy a million times, looking at every tape and analysing. Let the coaches feed me with that environment,’ he said.

‘I’m a product of the environment I place myself in. The mindset is something that I control.

‘My mindset…it’s important to have, but I’m not on this jab, sit back, counter, hit, don’t get hit, slip there. It ain’t…it is boxing but heavyweight boxing is war as well there is no hit and not get hit, you’ve got to sometimes walk through punches.’


MORE : Anthony Joshua’s search for a new trainer: The names on AJ’s shortlist ahead of possible split with Rob McCracken

A Frigg Pacifier Recall Has Been Issued Over a Serious…

Prime Volleyball League to be held in Hyderabad in February

What Is Web3 All About? An Easy Explanation With Examples