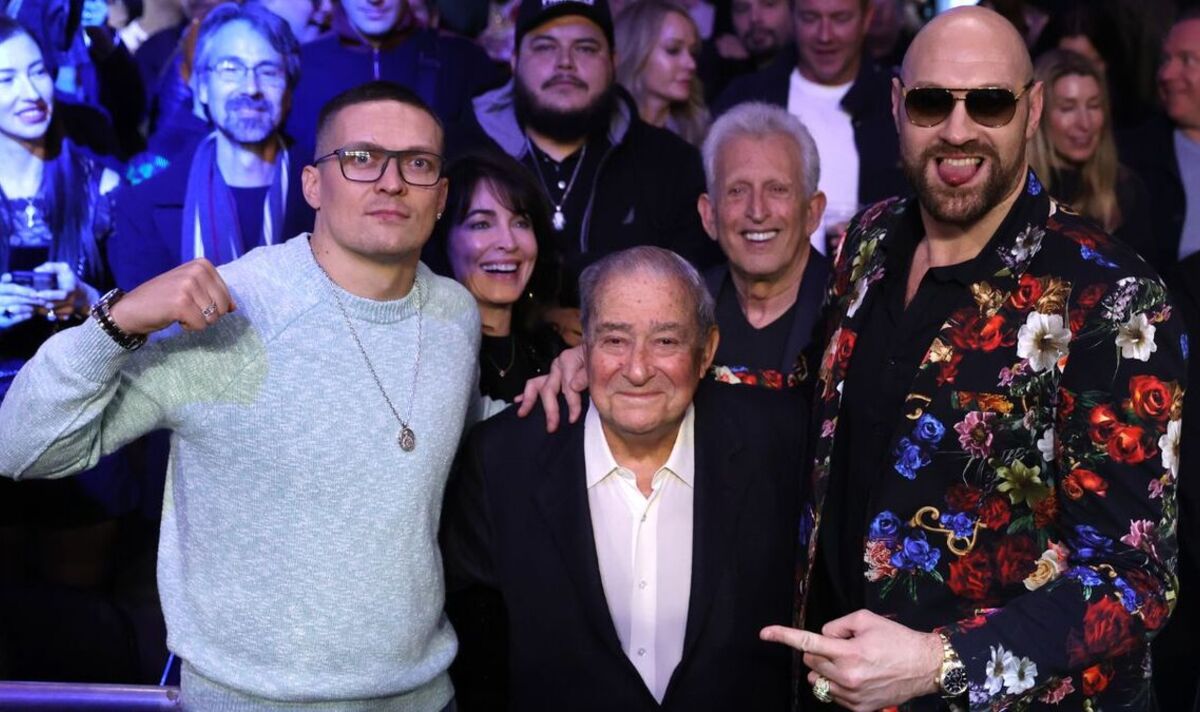 Matchroom Boxing CEO Frank Smith affirms that they have to stop the Tyson Fury vs Oleksandr Usyk undisputed fight in order to fulfill the needs of their client Filip Hrgovic. The Croatian puncher has been ordered to face Usyk for the IBF world title which could add a hefty delay to the four-belt shoot-out.

Hrgovic secured his mandatory status after winning a final eliminator bout against Zhang Zhilei on the recent Usyk vs Anthony Joshua undercard in Saudi Arabia and is pushing for his shot at the full world title.

Often when a mandatory fight is called that blocks a major unification clash, the champion’s representatives can request an exception from a sanctioning body to delay the order. However, Hrgovic has requested an immediate purse bid which under a technicality in the IBF’s rules, means there is no negotiation period to discuss a potential step-aside fee for Hrgovic to allow Usyk vs Fury to happen next.

Now, Usyk will be left with the tough decision to either defend and delay the Fury fight or vacate and lose out on the bout being for all-four major sanctioning body belts.

Smith – who also represents Joshua – says that the mandatory fight is only relevant because Fury had not secured a date with Usyk due to his decision to face Derek Chisora next.

“I think we will, that fight could have happened in December or if that fight was already contracted and he wasn’t fighting Derek Chisora then you would have the fight between Fury and Usyk now and the mandatory wouldn’t be relevant,” he added.

“Currently, there is no fight made between those two guys because Derek Chisora is fighting Tyson Fury, so it just depends on the decisions that are made and time frames ultimately.”

Fury squares off against Chisora for a third time on December 3 at the Tottenham Hotspur Stadium after convincingly beating Del Boy in their previous two encounters back in 2011 and 2014.

1st ODI India vs New Zealand: In 5 Points – The game that India dominated but blown away by Latham-Williamson show | Cricket News