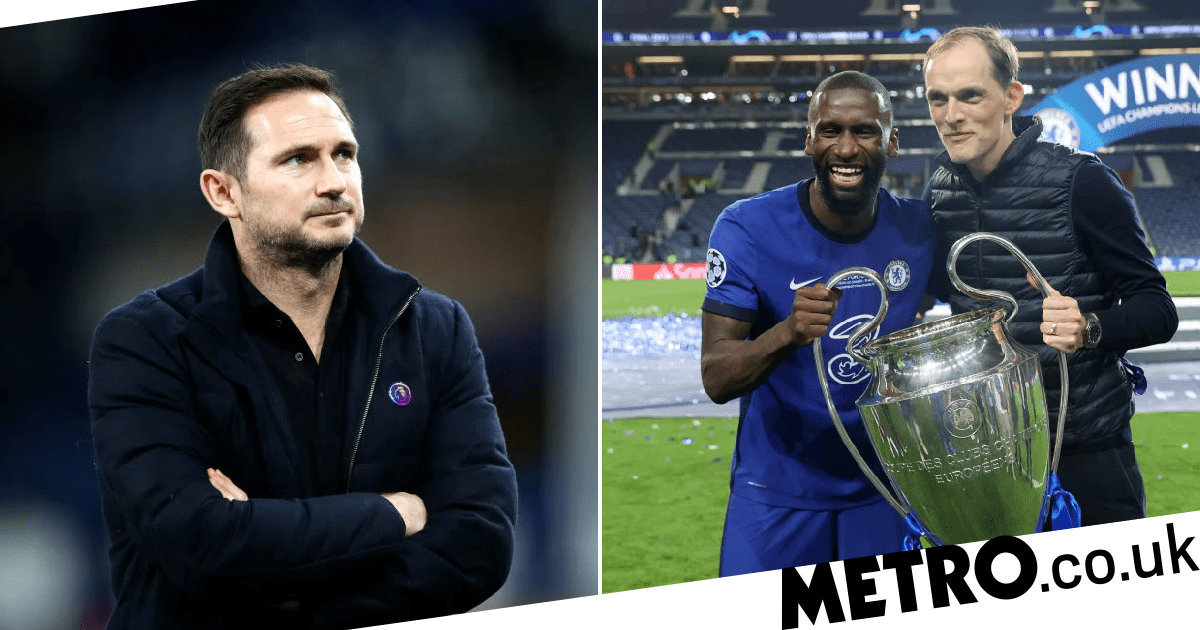 Antonio Rudiger has penned an emotional goodbye letter to Chelsea, in which he has summed up the difference between Frank Lampard and Thomas Tuchel.

The defender is set to join Real Madrid on a free transfer this summer after the expiry of his Blues contract.

Chelsea wanted to keep Rudiger, but no new deal had been penned before the sanctions imposed on owner Roman Abramovich blocked the club from agreeing new contracts and all transfer activities.

The 29-year-old has been one of the Premier League’s top defenders since the arrival of Tuchel in 2021, but it had been a different story under previous Blues manager Lampard.

Rudiger fell out of favour under the Chelsea legend and looked destined for the exit door until Tuchel turned his career at Stamford Bridge around.

In stark contrast to how he was frozen out of the squad under Lampard, which according to Rudiger was without explanation, the defender has opened up on the warmth he felt from Tuchel straight away.

‘Not even six months before that [Champions League] final, I was on the floor, brother,’ Rudiger told The Players’ Tribune. ‘At the time, I’d been dropped from the squad, and I couldn’t even get a reason why. We had a meeting one day, and the manager told me that we had a deep squad, and that he preferred others over me. Boom — that was it.

‘After that, there were a lot of rumors. I was getting a lot of abuse on social media. It was the hardest time in my career, and I stayed silent because I did not want to cause issues for the club.

‘Imagine — if you would have told me that within a few months, I would be starting in a Champions League Final against City?

‘When Tuchel came in as manager and gave me a chance, it was a new life for me. Actually, he did something right away that I think a lot of managers could learn from. It had nothing to do with tactics. He just came up to me and he said, “Toni, tell me about yourself.”

‘He wanted to know where my aggression and hunger came from, and I told him about growing up in Berlin-Neukölln and how I used to play so hard on the concrete pitches that all the older kids started calling me “Rambo.”

‘He asked about me, as a person. That was big. When Tuchel gave me a chance, I had so much motivation that I was never going back to the bench. I had made up my mind that I was going to give 200% to this club, to this badge — despite everything that was said about me. For me, after everything I endured, the Champions League was just the pineapple on top of the cake.’

Rudiger played a pivotal role in Tuchel’s side’s run to Champions League glory last year, and the defender will ‘always be thankful’ to the German manager.

‘The match itself [the Champions League final vs Manchester City] was beautiful, because we won against an incredible City team by defending as a unit and hitting them on the counter,’ Rudiger added.

‘We fought for our lives, and in the end, we were champions. At the final whistle, I was running around like mad, and Tuchel just happened to be coming my way, and I gave him a big hug. That was a special moment for me, and I will always be thankful to him, because he gave me a chance when I was left for dead.’

The Son Always Shines On TV