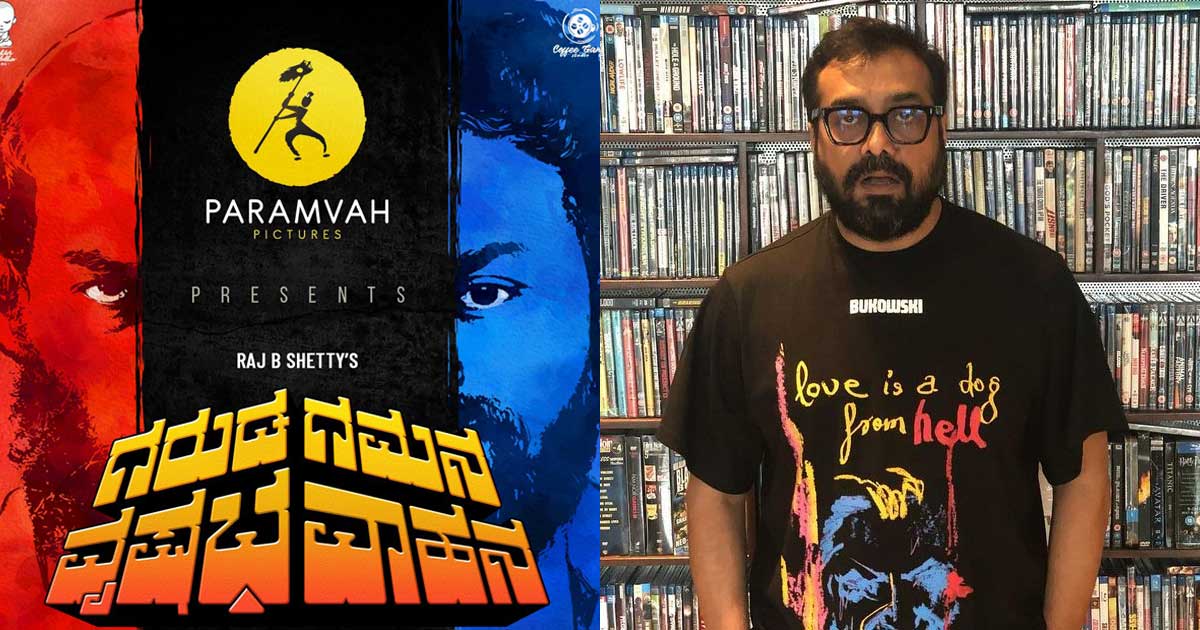 The team of the recently released Kannada movie ‘Garuda Gamana Vrishabha Vahana’ is on cloud nine after the movie’s director and actor Raj Shetty got a call from the leading Bollywood director Anurag Kashyap lauding the film.

Shetty explained that Kashyap called him up and showered praises on the movie after watching it. He said the movie is brilliantly made and amazing and Kashyap was surprised to know that the film was shot in just 32 days.

“Anurag Kashyap was surprised to know that I have written, directed and acted in the lead role. He has invited me to Mumbai to talk about my movie-making process,” Raj Shetty said. Meanwhile, Garuda Gamana Vrishabha Vahana has become a huge hit among audiences and created a lot of buzz in the industry for its making.

The movie is based on a Yakshagana (traditional art form of coastal Karnataka) play depicting an ego clash between the gods Shiva and Hari.

The trailer had garnered 2.5 million views in just four days and created a buzz before the release. Actor Rishab Shetty is also seen in a parallel lead role. The movie is presented by Paramvah Studios.

Must Read: Aanand L Rai Breaks Silence On Trolls Over Age Difference Between Sara Ali Khan & Akshay Kumar: “We Have A Habit Of Judging People”

Be a part of our community to get the latest Telugu, Tamil, Kannada, Malayalam film news & more. Stick to this space for the regular dosage of anything and everything entertainment! While you’re here, don’t hesitate to share your valuable feedback in the comments section.

Ayushmann Khurrana starrer An Action Hero to go on floors this month in London :…