Apple Agonizing Over Delaying Will Smith Film After Slap 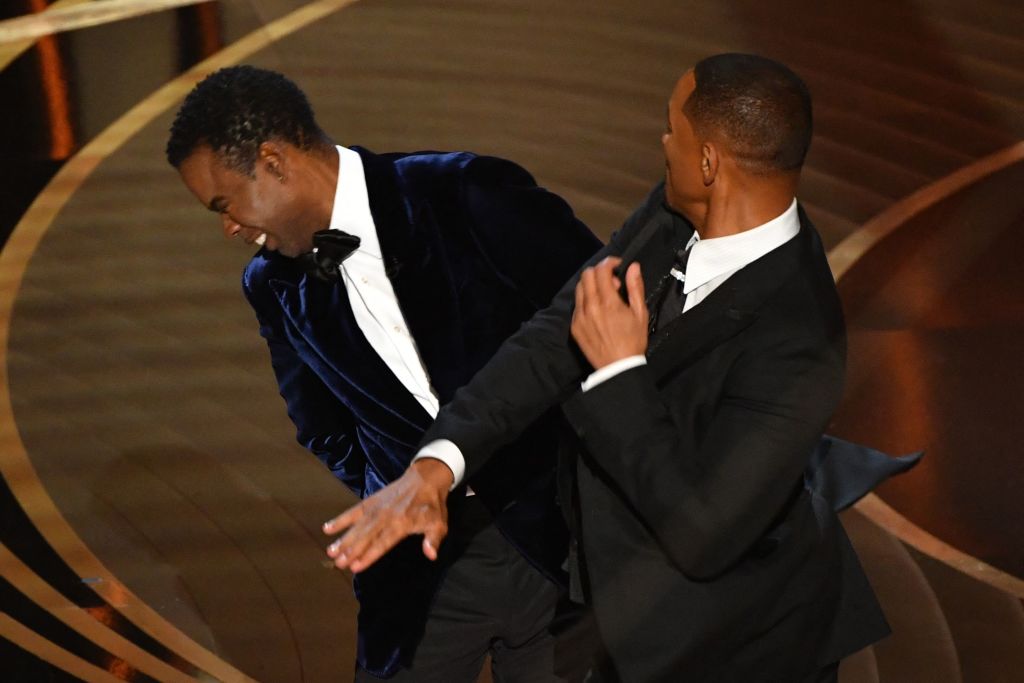 The Slap Heard ‘Round the World continues to wreak havoc in Will Smith’s career.

In 2020, Apple Studios paid over $120 million for distribution rights to Emancipation, a film that told the harrowing tale of a slave who escaped after being whipped nearly to death and joined the Union Army, and Smith cast in the starring role.

After filming delays caused by the pandemic and hurricanes, the movie is finally complete, only to hit another roadblock: the lingering controversy around Smith slapping Chris Rock at the Oscars in late March. Smith surrendered his membership in the Academy of Motion Pictures Arts & Sciences and has been banned from attending any of the group’s events — including the annual Oscars presentation — for a decade.

According to a report by The New York Times media and entertainment reporter Nicole Sperling, Apple is engaged in an intense internal debate over whether to release Emancipation before the end of the year, making it eligible for awards consideration, or delay until 2023 and hope that the furor over The Slap dies down more by then.

The film was one that “Apple envisioned as a surefire Oscar contender when it wrapped filming earlier this year,” wrote Sperling, based on the true story of “Whipped Peter,” a runaway slave whose horrifically scarred back was photographed and circulated to encourage support for the abolition of slavery.

The early Oscars buzz swirling around the movie got derailed about a month after filming wrapped at the Oscars, when Smith tanked his own personal popularity by slapping Rock after he made a joke about Smith’s wife, Jada Pinkett Smith.

Apple declined to comment for the article, but three people involved in the film described the tough internal debate over when and how to release it:

There is no easy answer. Should the company postpone a film based on an important historical subject because its leading man is too toxic? Or does Apple release the movie and watch the outcome unfold? Audiences could be turned off by Mr. Smith’s presence, perhaps taking some gloss off the well-polished Apple brand. Or they could respond positively to the film, prompting an Oscar campaign, which could then upset members of the academy. And the question of how to publicize “Emancipation” will bring scrutiny to a film marketing unit that has already drawn grumbles of dissatisfaction in Hollywood for skimpy ad spends and disjointed communication — and parted ways with its head of video marketing this month.

…Though Mr. Smith can still be nominated for his work, the reaction to the slap means the Oscar chances for “Emancipation” have dimmed exponentially.

Indeed, there are some in the film industry who believe that releasing “Emancipation” along with other Oscar contenders this year will only anger academy voters who were embarrassed by Mr. Smith’s actions.

By all reports, Emancipation does seem to deserve the positive buzz. According to the Times, a test screening audience earlier this year  “generated an overwhelmingly positive reaction” to the film, specifically praising Smith’s performance as “volcanic,” and claimed they “were not turned off by Mr. Smith’s recent public behavior.”

Still, it’s far from certain that would translate to the broader population. Smith’s Q score, a rating that calculates both how well known and how well liked a celebrity is in the U.S., experienced a “precipitous decline” after The Slap, according to Henry Schafer, executive vice president of the Q Scores Company.