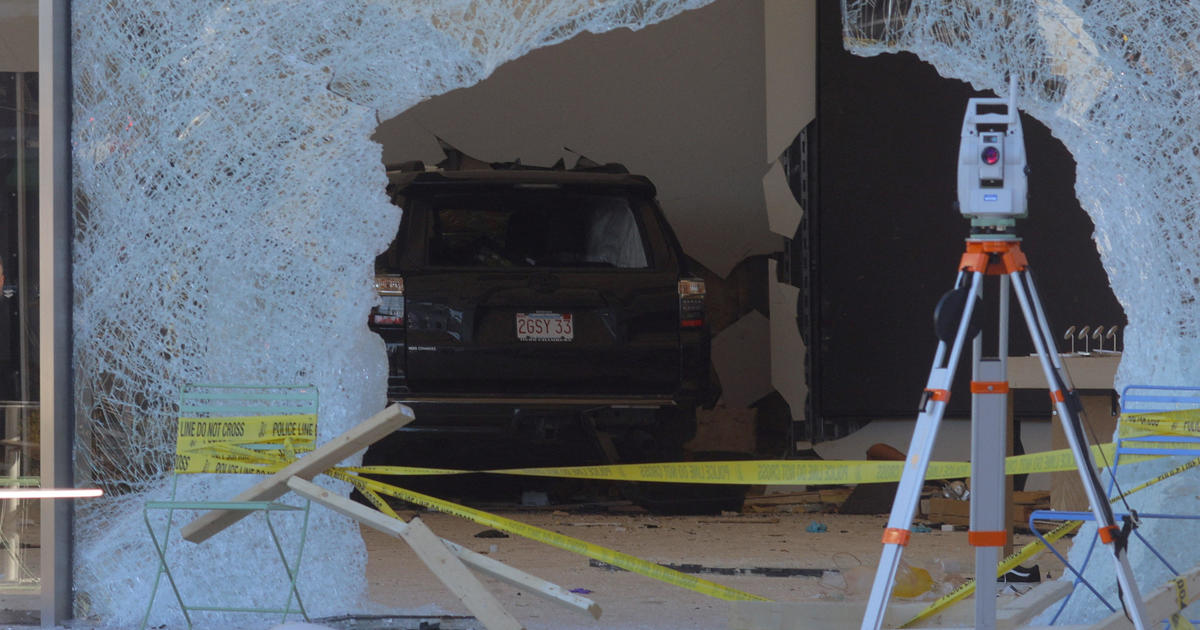 A man was charged with homicide after crashing his SUV through the front window of an Apple store in Massachusetts, killing one person and injuring around 20 others, prosecutors said Tuesday. Bradley Rein, 53, appeared in court Tuesday morning on charges of motor vehicle homicide by reckless operation and reckless operation of a motor vehicle in the crash in Hingham, southeast of Boston.

A judge ordered Rein to be held on $100,000 cash bail. The court entered not guilty pleas on his behalf, and he was scheduled to next appear in court Dec. 22.

A prosecutor said Rein told police his right foot became stuck on the accelerator of his 2019 Toyota 4Runner while he was driving near the store. Rein also said he tried using his left foot on the brake to stop the vehicle, according to the prosecutor.

A preliminary breath test conducted after the crash showed Rein had a blood alcohol level of zero, the prosecutor said.

An attorney who spoke on Rein’s behalf for bail proceedings said it was an accident.

“Though the outcome of this accident was horrific — and I don’t want to downplay that — it was an accident,” Rein’s attorney said.

The vehicle crashed into the store’s plate glass window and struck people Monday morning. The victim who died was identified as Kevin Bradley, 65, of New Jersey. Rein was arrested Monday night, the Plymouth County district attorney’s office said in a statement.

Eight patients were still being treated Tuesday at South Shore Hospital in South Weymouth, Dr. Jason Tracy, the hospital’s chair of emergency medicine, told reporters. Two of those patients were in the hospital’s intensive care unit, and he expected all eight to survive.

“There’s a long road to recovery for many of the patients who are in our facility,” Tracy said, adding that people suffered injuries to the head, arms, legs and chest.

Apple released a statement saying it was “devastated by the shocking events at Apple Derby Street today and the tragic loss of a professional who was onsite supporting recent construction at the store.”

The storefront window showed a gaping hole as first responders worked at the scene of the crash. The store had been scheduled to open about an hour before the crash.

Denial of responsibility! Pedfire is an automatic aggregator of the all world’s media. In each content, the hyperlink to the primary source is specified. All trademarks belong to their rightful owners, all materials to their authors. If you are the owner of the content and do not want us to publish your materials, please contact us by email – [email protected]. The content will be deleted within 24 hours.
crimehomicidemassachusetts
0
Share

Russia Elites in Secret Talks to Get Rid of Putin: Ex-Ukraine Official