Are You Guilty Of These 3 Cognitive Biases In Decision Making? 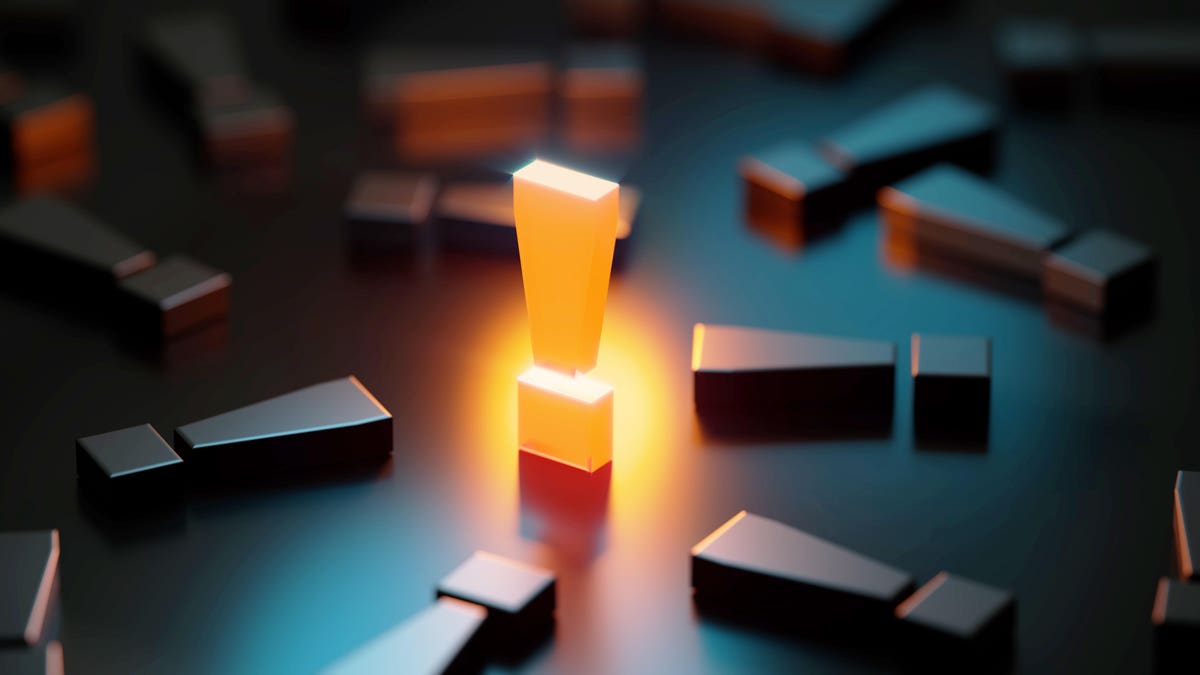 Our hunter-gatherer ancestors are huddled around a campfire when they suddenly hear the nearby bushes rustling. They have two options: investigate if the movement was caused by small prey such as a rabbit, or flee, assuming there was a predator such as a saber-tooth tiger. The former could lead to a nutritious meal, while the latter could ensure survival.

What call do you think our ancestors would have made?

Evolution ensured the survival of those who fled the scene on the margin of safety rather than those who made the best decision by analyzing all possible scenarios. For thousands of years, humans have made snap decisions in fight-or-flight situations. In many ways, the human race learned to survive by jumping to conclusions.

“In modern context, such survival heuristics become myriad cognitive biases,” said Eric Colson, Chief Algorithms Officer at Stitch Fix. Let’s look at the most common biases or shortcut decisions that influence organizational leaders and how decision intelligence can come to their rescue.

Today, an average individual makes 35,000 decisions every day—from which side of the bed to get out of to which company to acquire. However, numerous biases plague each of these decisions.

“Our irrational behaviors are neither random nor senseless,” said Dan Ariely, author of Predictably Irrational. “We make mistakes systematically and predictably because that’s how our brains are wired.”

While dozens of cognitive biases can trick us, here are the three most-wanted.

Ever prided yourself about that dinner you prepared from a meal-delivery kit or the furniture you assembled? We succumb to this bias when this pride in our creation becomes an obsession.

The IKEA effect occurs when someone overvalues things that they have done while discounting others’ efforts.

Businesses with founders helming the product roadmap often exert a disproportionate influence. While the founders’ vision shapes the product, it can create problems when the rest of the team’s voice gets edged out.

If the last news article you read confirmed your expectations, it might not be a case of great intuition. You might just be another victim of confirmation bias.

Confirmation bias is the convenient cherry-picking of information to confirm one’s preconceived notions. Curiously, data don’t help fight this bias but often deepen its damage. This happens when people use data not to inform their decisions, but rather twist the data to support their assumptions. It is humorously said that some people use data analytics the way a drunk person uses a lamp post—for support rather than illumination.

Imagine a marketing manager working on their advertising strategy. Believing Instagram to be the best channel for their company, they begin their market research by googling, “How to use Instagram for business.” This will lead the manager to evidence reinforcing their subconscious decision to use the channel. In other words, they are unlikely to discover anything that contradicts this expectation.

Did you sit through a terrible movie or push yourself to complete a badly written book? You’ve experienced the sunk-cost fallacy.

This bias is all about putting up with past investments purely based on the effort already spent.

Leaders often cling to bleeding customer accounts that grow suboptimally or lose money for the business. They justify it based on the years of time and money invested. Failing to realize that such misaligned customer portfolios drain precious attention and resources, leaders end up neglecting more strategic initiatives.

To fight these cognitive biases, we must first realize that they are lurking in the background, waiting to destroy the value of our next decision. Let’s now unpack the science of making good decisions and how it can overcome such biases.

It’s a misconception that data and analytics alone can improve decisions. There’s a lot more to decision-making. Decision intelligence combines principles and frameworks from the three disciplines of social science, data science, and management science to enhance organizational decisions.

Let’s look at each of these three disciplines of decision intelligence and how they can help fight the three biases.

Our need to solve problems is the trigger for any decision. The branches of social science help contextualize the human aspect of decisions. Anthropology helps us understand human behavior, while psychology helps decode interpersonal interactions among humans. Human factors psychology is the field that studies how technology shapes human habits.

How can leaders avoid unconsciously overvaluing their own opinion? They must intentionally create an environment that values collaborative inputs, diversity, and curiosity. Here’s how:

b) Build a diverse group: Diversity is a far better indicator of collective wisdom than the IQ of group members. For the best ideas, make every effort to promote diversity in the group.

c) Foster a culture of curiosity: A diverse group can contribute only when the environment fosters curiosity. Ensure an environment of open-thinking and empower people to speak up.

Using our earlier example, how can the founder ensure their ideas don’t crowd out the team’s inputs while framing the product roadmap? We can learn from internal prediction markets, a collective intelligence mechanism set up by Google in its early years. They let employees bet on probable outcomes using virtual money. Employees answered questions such as, “Will a project finish on time?” or “How many users will Gmail have?” This trading system helped the Google hierarchy discover employees’ uncensored opinions. The collective insights were far more accurate than the opinions of product managers.

To tackle this bias, we need to reexamine our beliefs critically. In many cases, our deep-rooted assumptions could be wrong. To fight confirmation bias, seek evidence based on your opinion but with the primary intent of disproving it. Here’s how to implement this:

a) Look for unusual data: We often ignore specific data sources or entirely avoid others because they make us uncomfortable. Start collecting them.

b) Scout for unusual insights: Well-rounded data are useful only when used for hidden insights that challenge your beliefs. Look for big, useful, and surprising insights.

c) Craft unusual stories: Insights, however vital they may be, don’t move people to action. Use visual stories to give the right conclusions the strongest impact.

In our earlier example, how can the marketing manager tackle confirmation bias when picking their advertising strategy? Starting with an intent to challenge their subconscious choice of Instagram, they must explore all options by collecting public data or paid market research data. The analysis should attempt to disprove the manager’s hypothesis by augmenting third-party data with internal A/B tests run on the various advertising channels. Finally, the manager must use story-telling to galvanize support for the recommended decision.

3. Management science to push past the sunk-cost fallacy

Arriving at the right decision is just half the job. Enabling stakeholders to adopt and act on the recommendations is tough, and institutionalization of this decision process within an organization is way more challenging. The discipline of management science helps do that by aggregating principles from fields such as operations research, decision theory, and organizational leadership.

To overcome this bias, avoid becoming a prisoner of the past by shifting the focus to future potential. Cut your losses, however late in the game it may seem. The only way to fight this bias is to learn to let go. Here’s how management science can accomplish this systematically:

a) Define strategic outcomes and metrics: Reflect on your end goals and clarify what’s of utmost importance for the organization. Choose one strategic metric that signifies this end state.

b) Pick business frameworks to simplify decisions: Select a management framework such as the 2×2 matrix to enable strategic and tactical decisions based on the targeted outcomes.

In our earlier example, how can leaders prevent the organization from clinging to bleeding customer accounts? Let’s say the CEO defines profitable growth as the company’s strategic outcome, measured by quarterly revenue and gross margin. Plotting the customer accounts on a 2×2 matrix, with revenue growth on the x-axis and gross margin on the y-axis, makes the decisions clear: nurture fast-growing, profitable accounts in the top right quadrant while acting on the margin-gobbling laggards in the bottom left. The CEO must empower teams to act on this decision and intervene against organizational inertia.

Are you immune to these cognitive biases?

Did you imagine yourself to be relatively immune to the above missteps? You aren’t alone. This is precisely what 76% of respondents told researchers in a study.

This reaction is so common that there’s a name for it—blindspot bias. This bias occurs when we tend to recognize others’ mistakes rather than our own.

“We imagine ourselves sitting in the driver’s seat, with ultimate control over our decisions,” said Ariely. “But alas, this is just how we want to view ourselves and not the reality.” Decision-makers who can perceptively recognize biases and are humble enough to admit fallibility will be in a much better position to tackle them.

Watch my recent talk for 500Startups where I share more examples of cognitive biases and how they can be tackled with decision intelligence – Video.

Denial of responsibility! Pedfire is an automatic aggregator of the all world’s media. In each content, the hyperlink to the primary source is specified. All trademarks belong to their rightful owners, all materials to their authors. If you are the owner of the content and do not want us to publish your materials, please contact us by email – admin@pedfire.com. The content will be deleted within 24 hours.
Cognitive BiasesConfirmation BiasData ScienceDecision IntelligenceIKEA EffectManagement ScienceSocial ScienceSunk Cost Fallacy
0
Share

Did the Trevor Bauer uncertainty lead to Max Scherzer signing with the Mets? | Baseball