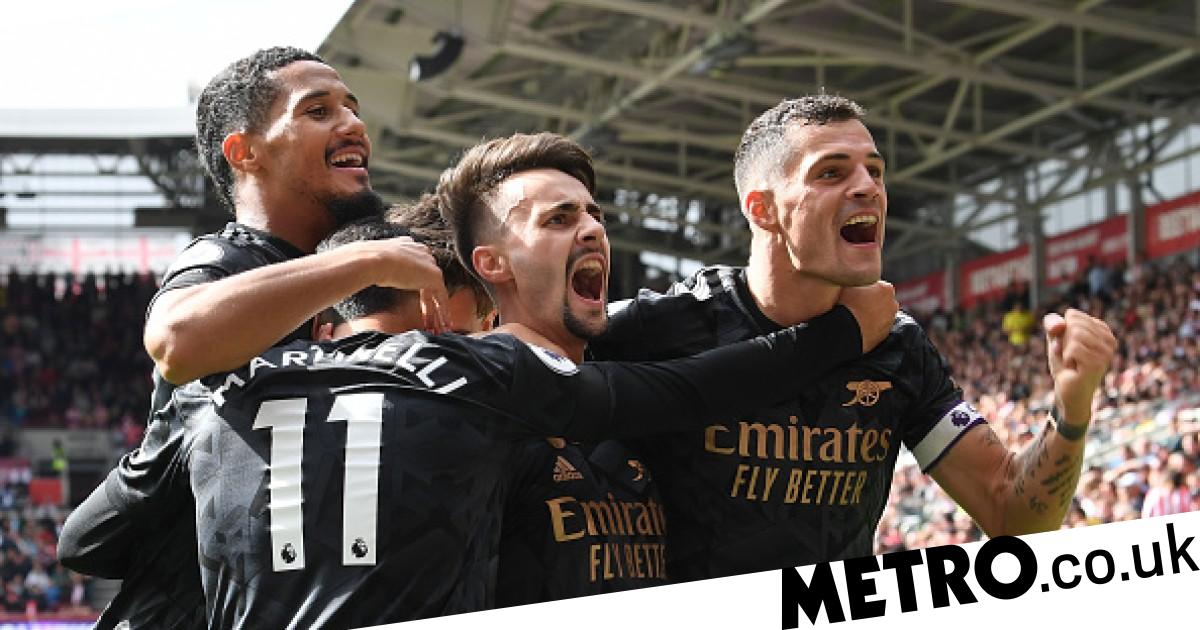 Gabriel Magalhaes couldn’t resist taunting Ivan Toney after Arsenal beat Brentford to return to the top of the Premier League.

The Gunners clinched their sixth win from seven top-flight games this season after clinching a routine 3-0 victory in west London.

The impressive William Saliba scored his second goal of the season to put the visitors ahead, before £50m summer signing Gabriel Jesus continued his fine form with Arsenal’s second.

Toney clearly enjoyed Brentford’s opening-day win over Arsenal in August 2021, taking to social media after the match to say: ‘Nice kick about with the boys.’

But Brentford were outplayed by Mikel Arteta’s Arsenal this time around and Gabriel sent the exact same tweet out to his followers.

Arsenal captain Granit Xhaka hailed his side’s start to the season after the Brentford win but warned that there was a ‘long way to go’ as the Gunners chase trophies.

‘We have a different mentality this season,’ Xhaka said. ‘We kept going and are training like we play and have class with the players that can make a difference.

‘You have the class in the front and they make the difference. More than happy we are in a good way but a long way to go.’

Brentford boss Thomas Frank, meanwhile, hailed Arsenal after watching his side struggle to break down and thwart Arteta’s high-flying Gunners.

‘We lost 3-0, to the number one in the Premier League,’ he said. ‘I said before they are a top side.

‘I think we performed quite well, not 10/10 but if you want to win or get something out of the team flying, you cannot concede the first from a set piece and then the second one.

‘There are some few bits we could have done better for the second. They didn’t create that many chances but had quality in moments. We lost the game, I hate losing.’

Both Manchester City and Tottenham moved above Arsenal with their respective wins yesterday but Arsenal’s victory in west London ensures they return to the top of the Premier League ahead of the international break.