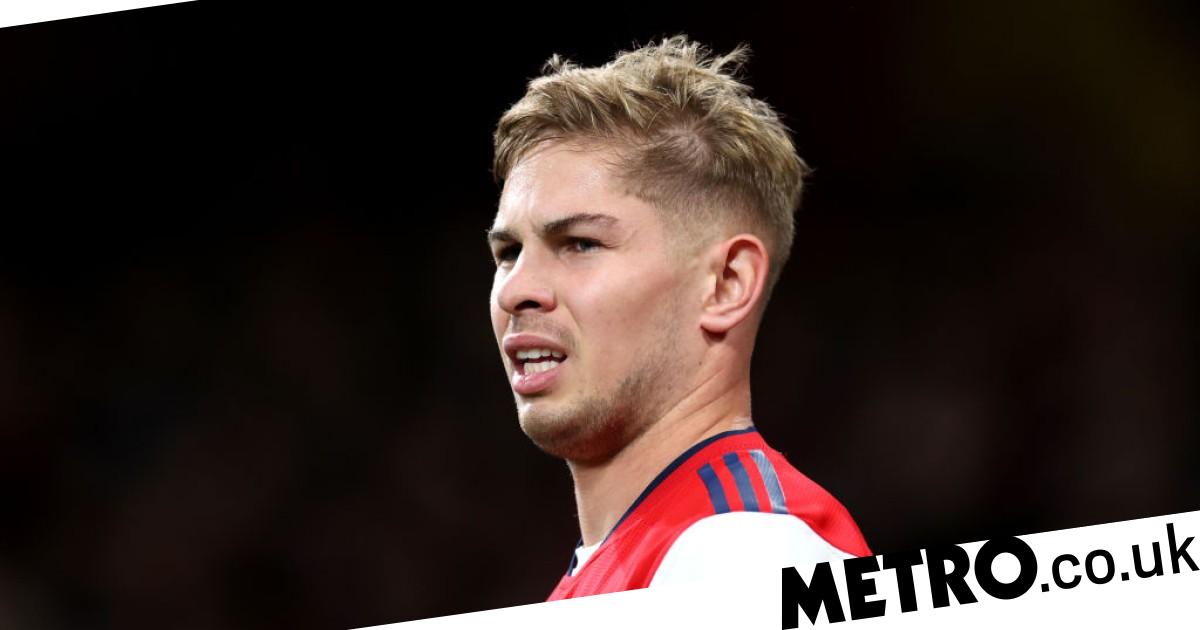 Smith Rowe has excelled for the Gunners so far this season, having amassed four goals and two assists in the north London club’s opening 11 Premier League matches.

As a result of his fine form, the 21-year-old was called up to the squad as a late replacement for Manchester United winger Marcus Rashford, who was forced to withdraw due to illness.

Gareth Southgate’s side need four points from World Cup qualifying matches against Albania on Friday and San Marino next Monday to qualify for the tournament proper in Qatar in 2022.

James, who has also made a fine start to the new top flight season, revealed that he always knew Smith Rowe was going to be an international player.

‘I’ve always known he’s a top player, he came to Chelsea when he was quite young on trial,’ he said.

‘I remember playing with him and against him even when he went to Arsenal, so I always knew he was a top player and I think this season he’s shown how good he is and why he’s been selected.

When asked about what Smith Rowe has been like in training since he met up with the squad, James added: ‘What he’s like in games, everyone can see how good he is and how well he’s been doing.’

‘There’s a team, there’s a united team. There’s a togetherness that I haven’t seen at Arsenal for a long time,’ Ferdinand said while reflecting on Arsenal’s impressive ten-match unbeaten streak in all competitions,’ he said.

‘There’s nobody doing more right now than Emile Smith Rowe. He reminds me, with more end product it seems right now and I think he’ll go onto levels, his style is a little bit Hleb.

‘He plays low, socks similar, the way he moves and manipulates the ball, can keep people off balance all game. He’s got a bit of Hleb about him!

‘He’s got a Robert Pires vibe a little bit.’

Three clubs that could offer Ousmane Dembele a deal in January