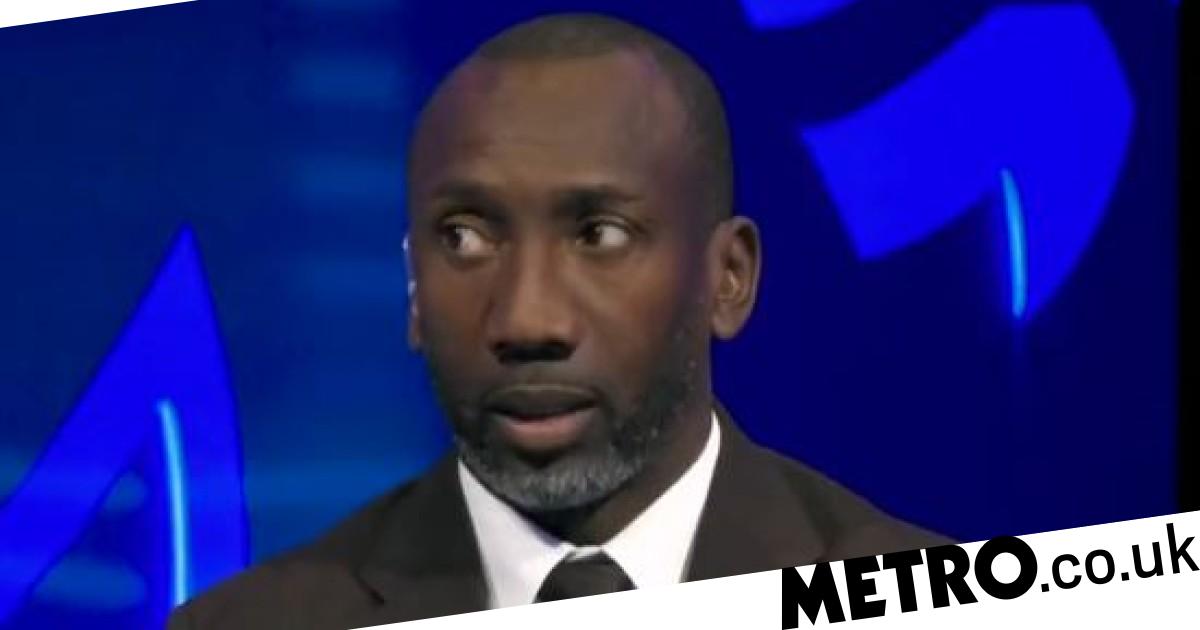 Arsenal were beaten 3-1 by United at Old Trafford earlier this month but returned to winning ways with a thumping 3-0 victory over Brentford on Sunday.

That result moved Arsenal back to the top of the Premier League – above last season’s champions Manchester City – after the opening seven games of the season.

Jesus has registered four goals and three assists in that time after joining from City this summer but could not find the back of the net against United.

Hasselbaink feels that is because the Brazil international was dropping into midfield too much.

‘He’s a number nine,’ Hasselbaink told Sky Sports. ‘If I’m a number nine, I want players to create from here and there, I can give you a ball and shape you up.

‘He’s come to Arsenal to score goals. He can drop in at times in the midfield but he needs to arrange in the box.

‘Who’s going to have chances? [Gabriel] Martinelli? Martinelli was out of the game after he had his little spell in the first 20 minutes.’

But Hasselbaink changed his tune following Arsenal’s win over Brentford and praised Jesus for sticking in his more natural position.

‘It’s [Granit Xhaka’s] cross for me which makes the goal but what I’m more pleased about is to see Jesus in the box,’ he added.

‘We were talking about he’s coming too much in the midfield but look where he is – that’s where he needs to be to make the difference.

‘It’s a great finish but it’s the cross that makes the goal, the cross makes his mind up where he needs to put it – great finish.

‘Last week he wasn’t going into the box, now he’s in the box making the difference and that’s what people will remember him for the end of the season.’


MORE : ‘It was lucky!’ – Fabio Vieira reacts to scoring wondergoal on full PL debut for Arsenal

IND vs AUS: Why Was Umesh Yadav Picked Ahead Of A Fit Mohammed Siraj As Mohammed Shami’s Replacement? Rohit Sharma Answers

A sculpture made with plastic bottles at Bengaluru train…

ABC, ESPN, FX, Back on Dish After Going Dark – The Hollywood…

Rams reeling as regular-season slide vs. 49ers continues in…