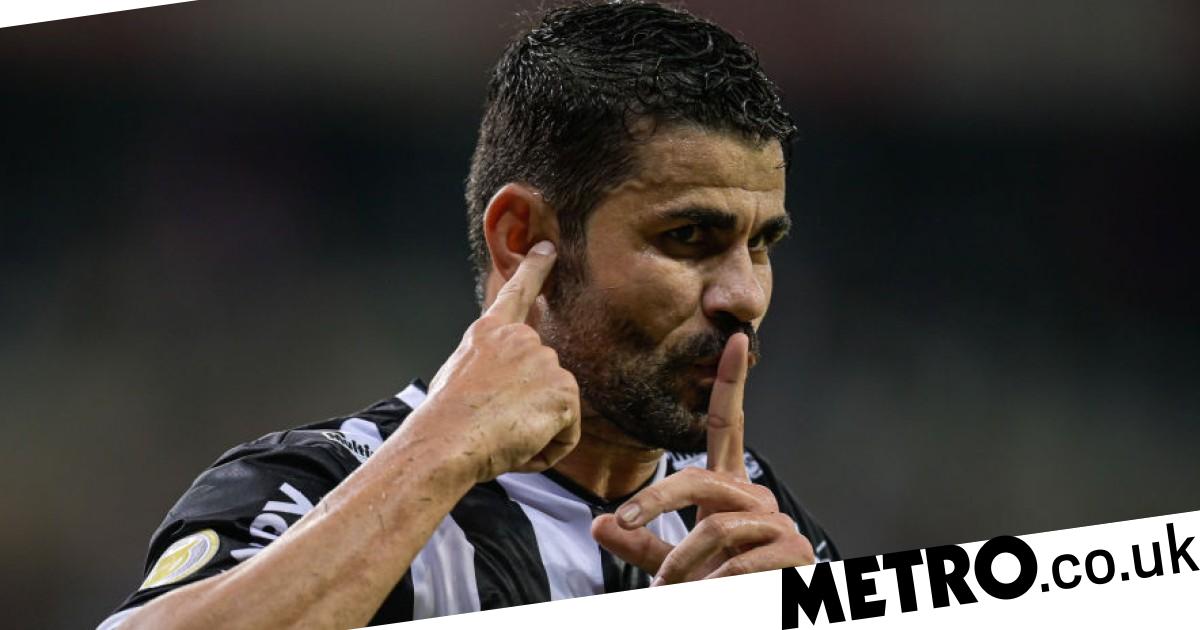 Arsenal have made a shock enquiry over the availability of their former nemesis and ex-Chelsea star Diego Costa.

The 33-year-old is close finalising an agreement with Brazilian club Atletico Mineiro over the termination of his contract and Goal reports that the Gunners have been in touch to ascertain whether the striker would be keen on a return to the Premier League.

Costa boasted an outstanding record against the Gunners during his time with Chelsea, and also scored the decisive goal in the 2018 Europa League semi-final for Atletico Madrid, ending Arsene Wenger’s hopes of finishing his final season at the Emirates with a trophy.

The veteran forward, however, is said to be in no rush to make a decision on his future and is currently on holiday in Spain. Arsenal are yet to make a formal offer, while Costa is also interesting clubs in his native Brazil, including Corinthians.

Mikel Arteta is desperate to bolster his forward line in what remains of the January transfer window with Pierre-Emerick Aubameyang’s future unclear while he is on duty at the Africa Cup of Nations.

Eddie Nketiah is likely to remain until the end of the season, as well as fellow contract rebel Alexandre Lacazette, particularly in light of the decision to allow Folarin Balogun to join Middlesbrough on loan earlier this week.

Fiorentina striker Dusan Vlahovic is understood to remain Arsenal’s No.1 target, but the leading scorer in Serie A this season is still unconvinced that a club who have been out of the Champions League for five years represent the best move for him at this stage of his career.

Despite the Serbia international’s personal stance, Fiorentina are reportedly now willing to entertain the possibility of selling their prize asset before the window closes.

Fiorentina have begrudgingly accepted they are prepared to offload Vlahovic after Arsenal lodged a €70million (£58.5m) bid to sign the striker, according to reports in Italy.

Everton’s Dominic Calvert-Lewin and Real Sociedad’s Alexander Isak have also been linked with Arsenal this winter, but it appears the club are honing in on Vlahovic and a deal looks possible.

The Fear Street trilogy is still the best movie series from…