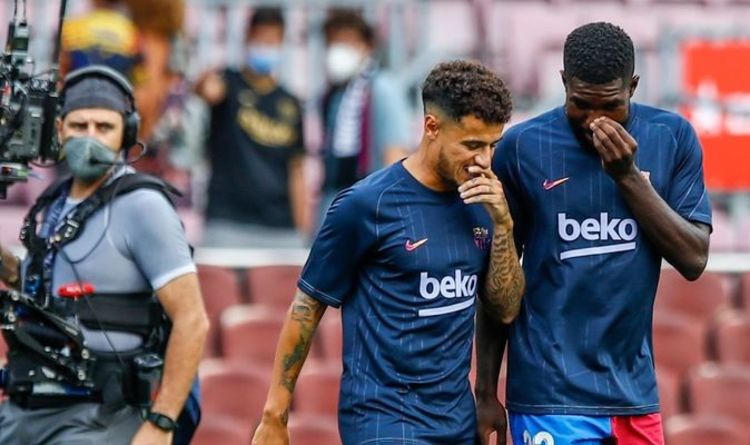 New Barcelona boss Xavi has reportedly placed six of his players on the club’s transfer list ahead of the January window as he looks to raise cash to overhaul his underwhelming squad. The Spaniard completed his remarkable return to the Camp Nou earlier this week after the Catalan giants triggered his release clause to prise him away from Middle East outfit Al-Sadd, who are currently top of the Qatar Stars League.

Xavi plans to rebuild his own Barca side, even if that means stripping his squad down to a select core of players.

It’s already clear that Xavi does not rate several of the side’s current crop with the team currently ninth in the La Liga table.

While he will strive to improve the squad with the players at his disposal, there is an understanding that serious investment will be required in order to reach the club’s former heights again.

According to Spanish journalist Jose Alvarez, Barca’s new boss is looking to clear out as many as six players in the near future.

Coutinho would also be set to demand a significant pay packet given that he earns a reported £380,000 per week in Spain.

Clement Lenglet, Martin Braithwaite and Luuk De Jong are also up for sale.

Xavi is determined to add more quality to his ranks and he does not feel the six players are at the required level to play for Barca.

De Jong was only recently signed on transfer deadline day in August as Antoine Griezmann returned to Atletico Madrid.

The Dutchman represents one of the biggest panic buys in recent history and Xavi has no intentions of moving forward with the former Newcastle striker in his squad.

Meanwhile, Lenglet has gone off the boil in recent times after initially impressing following his move to the Camp Nou from Sevilla in 2018.

Lenglet is tied down to a long-term contract at the club which is set to run until 2026.