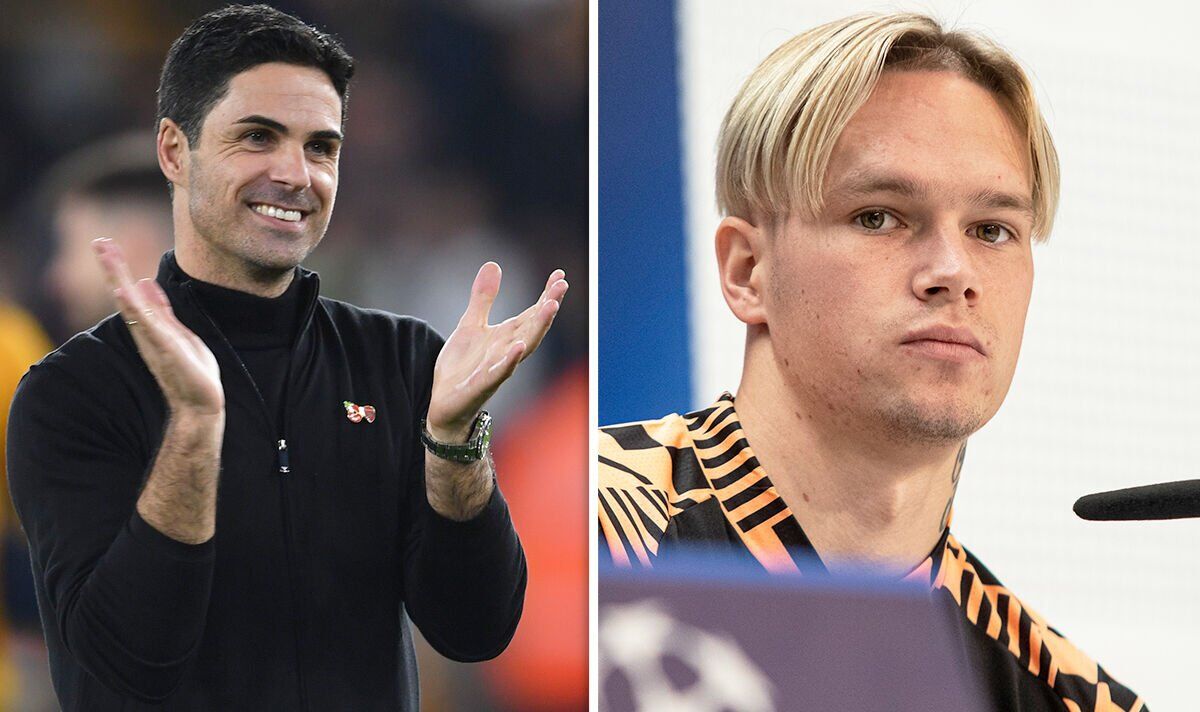 Arsenal target Mykhaylo Mudryk has dropped several hints in recent months that he is keen on a move to the Emirates. The Ukraine star is a top target for the Gunners ahead of the January transfer window.

A winger is high on the agenda for Mikel Arteta. Nicolas Pepe was allowed to leave on loan in the summer but a replacement was not sourced in the final few weeks of the window.

Mudryk has only seen his stock rise since Arsenal’s interest became known in August. He impressed for Shakhtar Donetsk in the Champions League group stage.

However, he has given a lot of reasons for Arsenal fans to get excited that a transfer could be around the corner. Express Sport looks at five things Mudryk has said and done to hint at a possible move.

Mudryk was recently interviewed by Vlanda Sedan, the journalist wife of Arsenal star Oleksandr Zinchenko. That in itself could be a hint a deal may be on the cards.

But he revealed in the chat that he would prefer to join the Gunners over Real Madrid if he was guaranteed more game time. Mudryk said: “From a purely hypothetical perspective, if there was the option of being a bench player for Real Madrid or a starter for Arsenal, I’d probably choose Arsenal. But it’s a tough question and involves a lot of factors in my answer.

“I would first want to know from the head coach that even if I wasn’t a guaranteed starter, that I’d receive a chance. Essentially I need to hear directly from the manager what he envisages my role in his side to be.”

Mudryk has also admitted he keeps up to date with how Arsenal are doing and is a fan of their playing style. He will have been impressed as Arteta’s side are flying high at the top of the Premier League.

“I also watch them too. (Arsenal are) a very dynamic side, in general not just in controlling possession but also in scoring goals.”

Shakhtar chiefs have claimed they would want around £86m for Mudryk. However, in what could help Arsenal’s chances of reducing the fee, he spoke out against that price tag and admitted he was upset that it was so high.

He told Sport Arena: “When I found out about my price, I wasn’t just surprised – I was shocked. I have a long-term contract with Shakhtar, I give all my strength and energy so that Shakhtar achieves maximum results… but every football player has a dream to play in a top club and in a top championship – I am no exception.

“But I am 100 per cent sure that they are unlikely to buy a player from the championship of Ukraine for €100m. I will not hide that I was very upset. The amount of 100 million puts a barrier for my transition to the top championship, which I so dreamed of.”

The most recent hint from Mudryk came earlier this week. He liked an Instagram post from AFTV which included a picture of Bukayo Saka, Gabriel Martinelli, Emile Smith Rowe and Mudryk himself.

A screenshot of a tweet accompanied the image suggesting the quartet would be a fearsome crop of wingers at the Emirates. Mudryk has seemingly given his approval at being in competition with the trio.

Think you can predict the World Cup Golden Boot Winner? If so you could WIN £150 in Nike vouchers! CLICK HERE

Meta’s Gruesome Content Broke Him. Now He Wants It to Pay