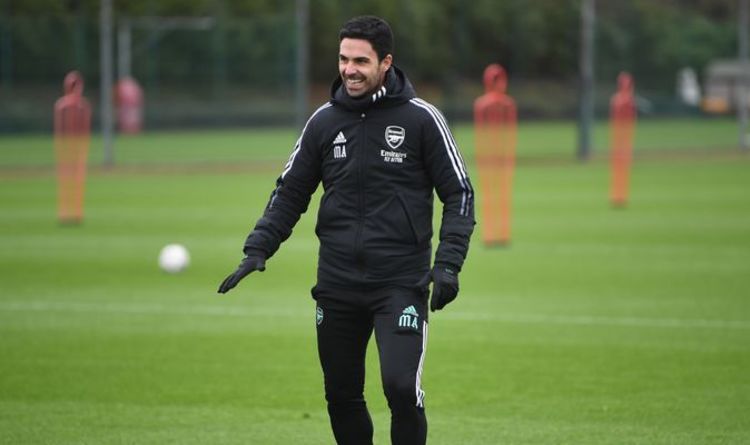 Arsenal’s January transfer business could present a huge concern for Manchester United and Tottenham as the trio battle to finish in the top four of the Premier League. The Gunners, United and Spurs, along with West Ham, are all in the race to claim fourth place.

Manchester City, Chelsea and Liverpool have already all but booked their spots in the top three, leaving just one Champions League qualification place.

The Hammers are currently in pole position, sitting two points ahead of Arsenal, four ahead of Spurs and six ahead of United.

But Mikel Arteta’s men are set for a hectic end to the January transfer window as they look to follow up their summer success.

A spending spree of more than £150million led to six new arrivals in the summer, most of whom have been a success since signing.

There are still weakness in Arteta’s squad though, particularly in central midfield and at striker, which he will hope to address this month.

The signing of Vlahovic would arguably be the most important, with the Serbian’s goalscoring power something that Arsenal have missed this season.

By completing that triple swoop, the Gunners could open up a sizeable gap over their rivals for a top four place.

Both United and Spurs have been sluggish so far in the winter window, with both teams possessing weaknesses in key areas.

By contrast, Arsenal are actively attempting to fix the issues in their own squad, which could make them favourites to finish in the top four.

Ralf Rangnick is struggling to bring the Red Devils under his control, with performances still underwhelming despite a run of just one defeat since he took charge.

Antonio Conte has fared better at Spurs, but the Italian is thought to be growing frustrated at the lack of transfer activity.

With Arsenal moving quicker than both, it could hand Arteta a key advantage in the race for the final top four spot.

As a result, United and Spurs will both be looking at events at the Emirates with keen interest over the final weeks of the window.

Indian Army Day 2022: Special Song ‘Maati’ by Hariharan Will Leave You With a Feeling of Pride (Watch Video)

Cristiano Ronaldo unhappy with Harry Maguire sums up the…

When Akshay Kumar’s Fan From Haryana Tried To Scale…

Badshah runs to stop a task after contestant yells…