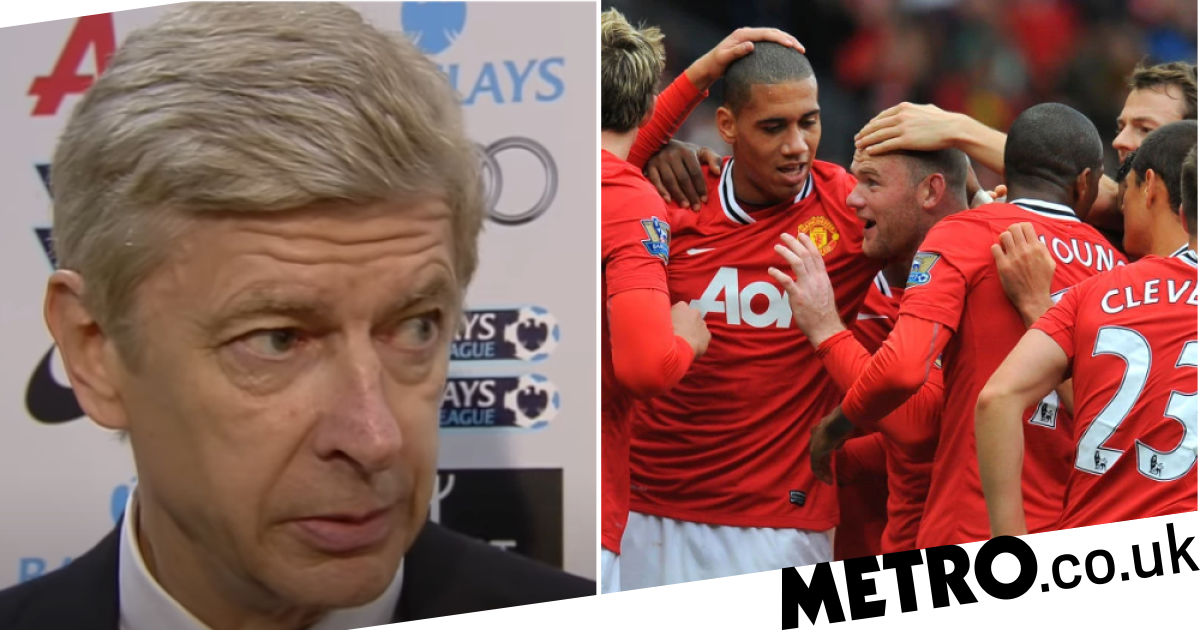 Arsenal suffered their worst defeat since 1896 when they were battered by Sir Alex Ferguson’s United in August 2011.

Wayne Rooney scored the sixth hat-trick of his United career as Manchester United swept aside an Arsenal side depleted by injuries and suspensions.

In Wenger’s post-match interview with Sky Sports, Shreeves asked the legendary manager whether he was considering resigning and if he thought he still had the backing of the Arsenal board.

As a result, Wenger – who would continue to manage Arsenal until May 2018 – ‘wanted to hit’ the reporter.

In his new book, Cheers, Geoff! Tales from the Touchline, Shreeves writes: ‘I first interviewed Arsene Wenger when he joined Arsenal in 1996. We’d speak 30 times a season, over the 21 years he was in charge.

‘I know what makes him tick, he knows how I work but there are still moments when the relationship spills over into antagonism.

‘After Arsenal had been beaten 8-2 by Manchester United at Old Trafford in 2011, there was no room for soft-soap questions — Wenger had to face an inquisition.

‘I asked if he would resign and if he thought the board would back him. Brutal questions.

‘I could see the anger building in his eyes and afterwards Arsenal’s head of media, Mark Gonnella said: “The boss has just told me he wanted to hit you during that interview, he was so angry.”

‘Years later, Arsene told me: “Geoff, I wanted to hit you that day, it’s true. But you were not the only one — there were many others.”

‘Wenger was always fascinating, he never ducked an interview, never made an excuse or stepped away. He would always front up.’

A Peek Behind The Scenes

‘People are Following my Cricket Because of Chennai’: MS Dhoni-fan Kate Cross Speaks About Her Love for CSK