As Crystal Cruises Shutters, Guests, Agents Could Lose Millions, Yet Look Back Fondly 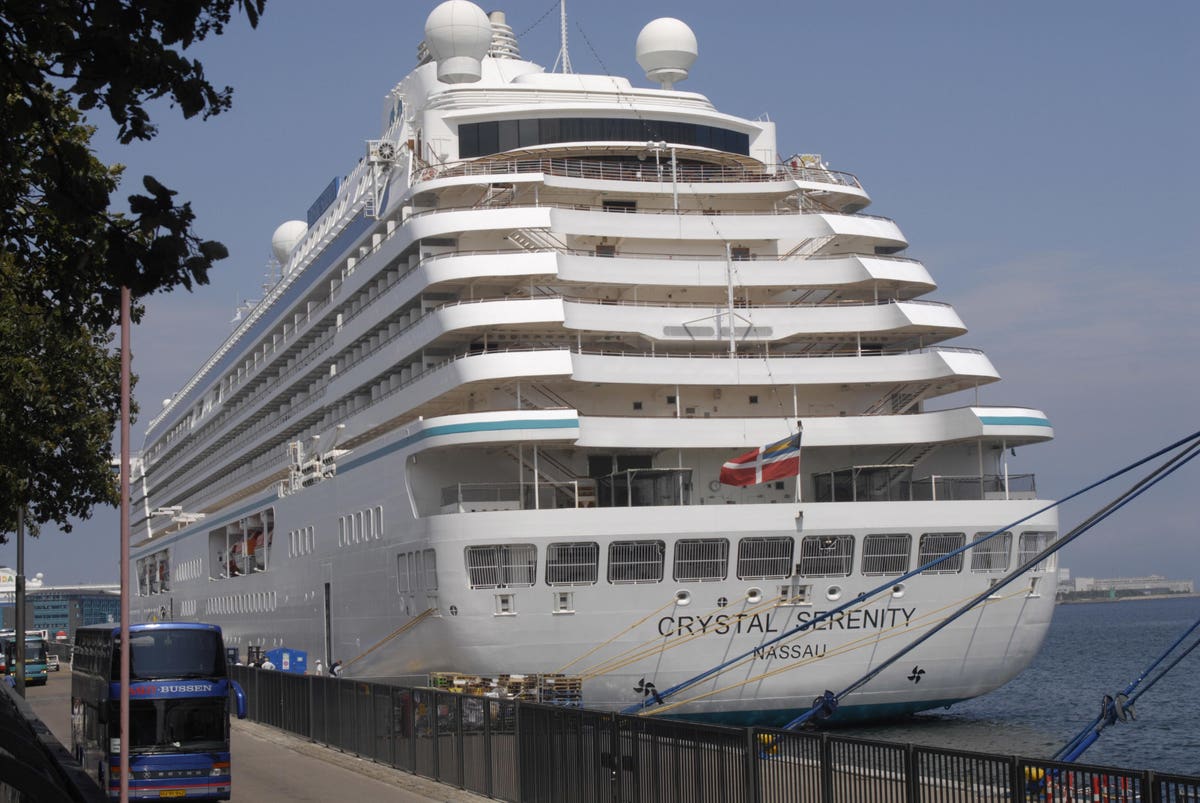 Longtime customers who had rolled over deposits for future cruises as the Covid-19 pandemic wore on and travel advisors who rebooked itineraries, sometimes a half dozen times, stand to lose millions of dollars as Crystal Cruises is apparently being wound down by an administrator. Its U.S. headquarters in Miami closed this week even though it is in a complex owned by a company related to its parent. Still, many are hoping the beloved brand makes a comeback. At the same time, they are mourning. “Right now, it’s like the death of a best friend,” said one agent.

“They set a new standard for luxury,” said Anne Scully, Partner at EmbarkBeyond, a high-end travel agency. After Royal Viking Line ships were sold off to other cruise lines in the late 1980s, Japan’s NYK Line launched Crystal Cruises in 1990 and advisors and consumers say it quickly became the standard. It was voted Best Large-Ship Ocean Cruise Line every year from 1996 through 2015 by the readers of Travel + Leisure magazine. It was on Conde Nast Traveler’s Gold list every year except one from 1997 through 2020.

“It was if they said, what would the CEO of a Fortune 500 company want, and they delivered it,” said one advisor, who asked not to be named as he has multiple clients owed “hundreds of thousands of dollars” for cruises that will likely never take place.

“You could order unlimited tins of caviar, yet it was very refined. It wasn’t flashy. When they started, it became the ‘it’ vacation for the old money on the West Coast, the executives of studios, the original money that was behind the Internet companies in Silicon Valley,” said another advisor. “Half the crew knew your name by the first night, and the next year, when you came back, they not only remembered your name, but they remembered your favorite drink. It was a level of service I’ve never seen anywhere else.”

The line was originally headquartered in a blue chip Century City skyscraper in Los Angeles, although several advisors said the line laid off the last of West Coast staff as Covid shuttered the cruise industry. “You could see (the owner) no longer had the commitment.”

While Crystal’s downfall is being blamed on the failure of a German shipyard that was also part of parent Genting Hong Kong’s holdings, several agents say cracks were showing before its public problems.

“The crew and the food were wonderful, but the ships were not up to the standards of the many new ships that are out there,” said Grace DeVita, Owner at Post Haste Travel.

Even prior to the pandemic several agents say longtime clients who would only cruise with Crystal returned from voyages asking to try other lines.

Mary Jean Tully, Founder and CEO of Tully Luxury Travel, said she hopes this isn’t the end. The top producing travel agency for Crystal and a power player in the luxury cruise segment for nearly two decades, Tully said, “If somebody were smart, they would get the crew and the mailing list.”

Industry sources say Crystal Cruises could be bought in its entirety by a private equity firm. There are two older ocean liners; a new expedition vessel launched last year, river cruise ships that operate in Europe, and a Boeing 777 aircraft in a VIP configuration.

Sycamore Partners, which bought Azamara from Royal Caribbean for $201 million, is cited as a potential suitor.

Manfredi Lefebvre d’Ovidio, who founded Silversea Cruises before selling it to Royal Caribbean Group, is believed to have been in negotiations to buy Crystal last year. However, it’s not clear which assets were of interest.

One source said Genting could also seek to reconstitute the brand.

More likely, some say, is that other river lines will buy the river vessels, the expedition ship will go to another luxury line in what is considered the industry’s hottest segment, and Crystal Symphony and Crystal Serenity will end up scrapped or sold to smaller lines that operate in the Mediterranean and other far-flung parts of the world. Each had extensive upgrades about four years ago.

If Crystal gets a new owner that wants to relaunch immediately, advisors say it will have to rebuild credibility. “In the past two years, they ruined all of the loyalty they built up over 30 years,” said one advisor. Another called the way the line ended its cruises in Bimini, in the Bahamas, “a disgrace.”

“You had guests onboard in their eighties who had five and six suitcases for two months at sea. They had to go by ferry (from Bimini) to Fort Lauderdale, and when they got there, it was chaos. There were no porters. The only hotels they arranged were in Miami. People who had booked flights out of Fort Lauderdale were told if they didn’t want to go to Miami, they were on their own. You would have thought some of the executives might have shown up. These were guests who have spent millions of dollars with the company,” one advisor said.

Agents also complained that executives provided little information. Another said, “The company did nothing, and we couldn’t get information.” Still, agents were able to transfer clients onto other luxury cruise ships. “Many of our clients cruise half the year. They didn’t want to go home.”

DeVita and Tully said other lines rolled out the red carpet for guests on Crystal Serenity who wanted to continue sailing. Barry Shulman of Las Vegas, who was sailing on Serenity with his wife, said Regent Seven Seas Cruises arranged accommodations for two nights in Barbados before boarding one of its ships.

Scully, who didn’t have any clients on the final voyages, believes, “This really proved why you need a good travel advisor. Anyone who booked directly with Crystal was on their own.”

Several advisors say clients could be out millions of dollars. One advisor said he stopped booking the line last year after, “It was clear they were delaying refunds that were promised.” Others said they would only allow clients to book if they used credit cards. Agents, who are paid their commissions after a cruise concludes, in some cases had booked and rebooked the same clients multiple times as the pandemic continued on. They are unlikely ever to receive the money they are owed.

“Nobody realized how long this was going to last when it first started. Crystal and others were offering incentives to roll payments for canceled cruises into future bookings, giving bonuses. People just thought, ‘That’s a good deal. We are going to be cruising sooner or later, so why not get some extra credits,’” said one advisor.

There is a lot of money at stake. “These are not the $299 three-day cruise you see advertised on TV,” said one industry insider. World cruises and other exotic itineraries, which last months, can cost customers hundreds of thousands of dollars per sailing.

Lines begin selling future cruises as far as two years in advance. “When you are on a World Cruise, you get the first rights to book your cabin when they put the next one on sale,” said an advisor. “You book it because if you don’t, you’ll get shut out. Clients want the same cabin so that they can have the same staff. They become friends with their stewards and waiters. They share pictures of their families. It’s almost like a reunion.”

While customers who used credit cards to book Crystal since the line restarted sailings last year may be able to get refunds from the issuer and Federal Maritime Commission requires protections for cruisers who depart from U.S ports, those who at the beginning of the pandemic choose to roll over funds instead of getting a refund are likely to lose their money, several advisors say. Also, on the short end will be the travel advisors who spent the last two years booking and rebooking cruises, connecting flights, arranging shore excursions, updating clients on ever changing Covid restrictions.

Not everyone who had bookings on now canceled future cruises had money at stake, said one advisor. He said that as ships remained idled, Crystal allowed customers to make new bookings without deposits.

Denial of responsibility! Pedfire is an automatic aggregator of the all world’s media. In each content, the hyperlink to the primary source is specified. All trademarks belong to their rightful owners, all materials to their authors. If you are the owner of the content and do not want us to publish your materials, please contact us by email – [email protected]. The content will be deleted within 24 hours.
covid-19crystal cruisescrystal serenitycrystal symphonyGenting Hong Kongluxury cruisesluxury travelResorts World
0
Share