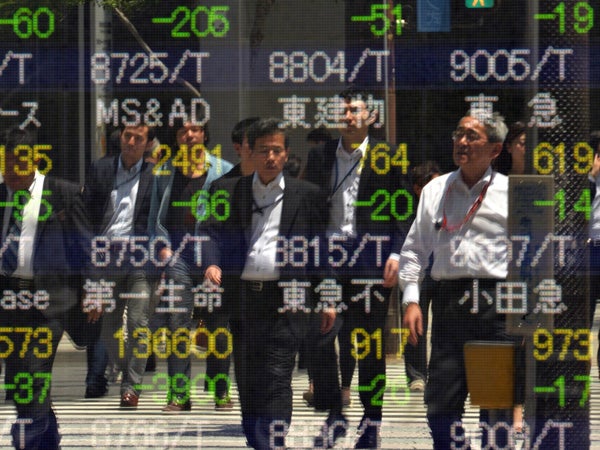 HONG KONG, China  – Asian traders took a breather Thursday after this month’s vaccine-fuelled markets rally, with profit-takers moving in while keeping an eye on virus infections across the globe that are forcing governments to impose containment measures.

With at least three inoculations in the pipeline and possibly rolled out within weeks, the general mood on trading floors is upbeat for 2021, but a fresh batch of data out of the US underlined the immediate impact of the disease and the long road ahead for economies.

And notes from the Federal Reserve’s latest policy meeting warned that the country’s recovery would be tougher without a new stimulus package.

Official figures showed applications for jobless aid rose for a second straight week as businesses were hit by a sharp increase in new infections and deaths that have led several major cities including New York and Los Angeles to close bars and restaurants.

The readings gave traders a dose of reality following weeks of fervent buying in reaction to vaccine successes and Joe Biden’s election victory.

The crisis elsewhere was laid bare as Britain warned it expects to suffer its heaviest annual slump in more than three centuries, with the economy tipped to shrink 11.3 percent in 2020.

The Dow and S&P 500 ended lower Wednesday after hitting records the day before, while the Nasdaq hit a new all-time high as tech firms — which have benefited from people being forced to stay home — surged.

Still, analysts were positive about the outlook, with UBS Global Wealth Management’s Xi Qiao saying: “We believe the market rally can continue from here powered by all the positive vaccine news, more political clarity with a peaceful White House transition and with more stimulus to come.

“We are already seeing a strong rotation into cyclical and reopening trades with the vaccine news and we expect this trend to continue.”

But Fed officials are worried the US economy faces continued pain unless lawmakers agree on a new rescue deal, with minutes showing they said no action would mean “significant hardships for a number of households”.

Board members considered the surge in COVID-19 cases “a downside risk to the recovery”, while some noted that the worsening odds for a new spending plan “increased downside risks and added to uncertainty about the economic outlook”.

Gorilla Trades strategist Ken Berman said the minutes left investors slightly disappointed as they did not give any indication of when the bank might unveil fresh monetary easing measures.

However, most observers said the weakening economic data would more than likely press the Fed to make an announcement soon, possibly next month.

Oil prices extended gains — having put on almost 30 percent this month — with the rollout of vaccines lifting hopes for a surge in demand as life gets back to normal.

As new owner picks up pieces of custom-furniture e-tailer…