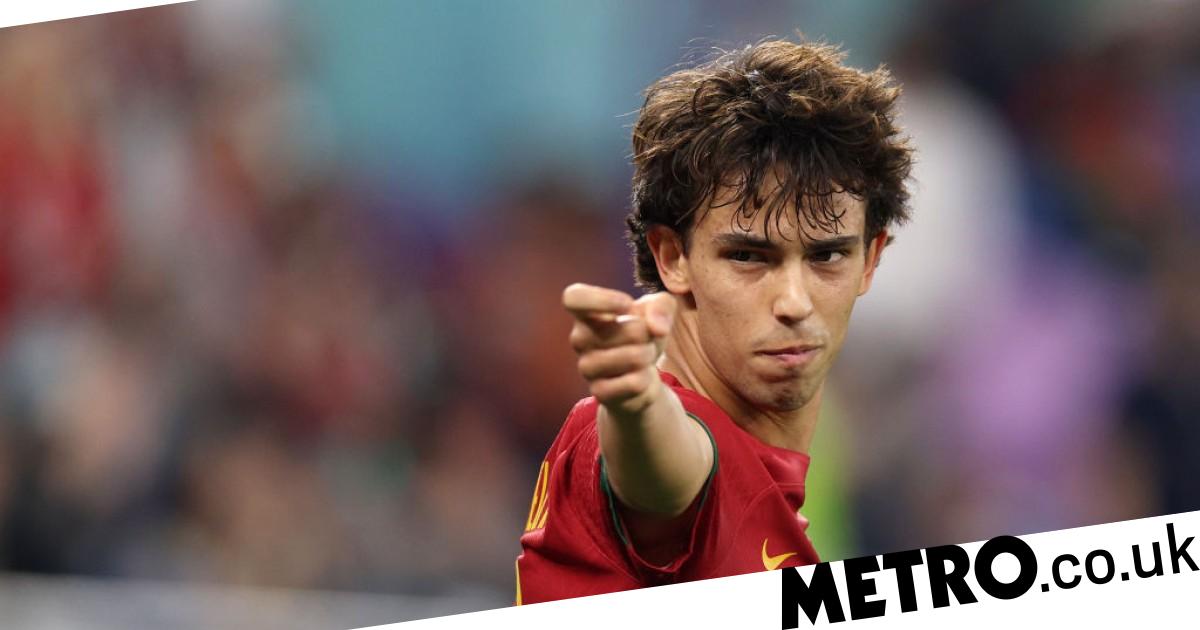 Atletico Madrid are keen to cash in on Joao Felix in the January transfer window and have significantly lowered his asking price with Manchester United one of three major clubs circling, according to reports.

The 23-year-old forward cost €126million (£108m) when he moved from Benfica to the Spanish capital in the summer of 2019 but he has struggled to live up to that price tag.

Felix started the latest season in good form but tailed off as the World Cup approached, with the Portugal international struggling to mesh with Diego Simeone’s style and philosophy.

Atletico contemplated selling their record signing in the summer window, though they were adamant they would only do so if they received an offer equivalent to what they paid three-and-a-half years ago.

But now Spanish newspaper AS are reporting that Atletico’s stance has changed and they want to part company with Felix in the January window.

The relationship between the forward and manager Simeone is described as ‘broken’ and Felix and his agent, Jorge Mendes, are actively looking for a new club.

Atletico are prepared to cut their losses and have lowered their asking price, with a total package worth €100m (£86m) enough to secure a deal.

The Spanish side are prepared to accept a package that includes a significant amount of bonuses and add-ons in order to reach that figure and Mendes has been informing interested clubs of the price tag.

Along with Paris Saint-Germain and Bayern Munich, Manchester United are one of the clubs most interested in signing Felix.

The Red Devils explored a potential deal in the summer but baulked at Atletico’s asking price – though a deal in the region of £86m would be considerably more palatable.

United are in the market for a new forward next month following the termination of Cristiano Ronaldo’s contract, with Marcus Rashford and Anthony Martial the only other senior options at Erik ten Hag’s disposal.

They are prepared to spend big if the right player is available and Felix would certainly tick a lot of boxes.

But they face significant competition particularly from PSG, with the French side’s Portuguese sporting director, Luis Campos, having already made contact with compatriot Felix about a potential switch to the Parisians.