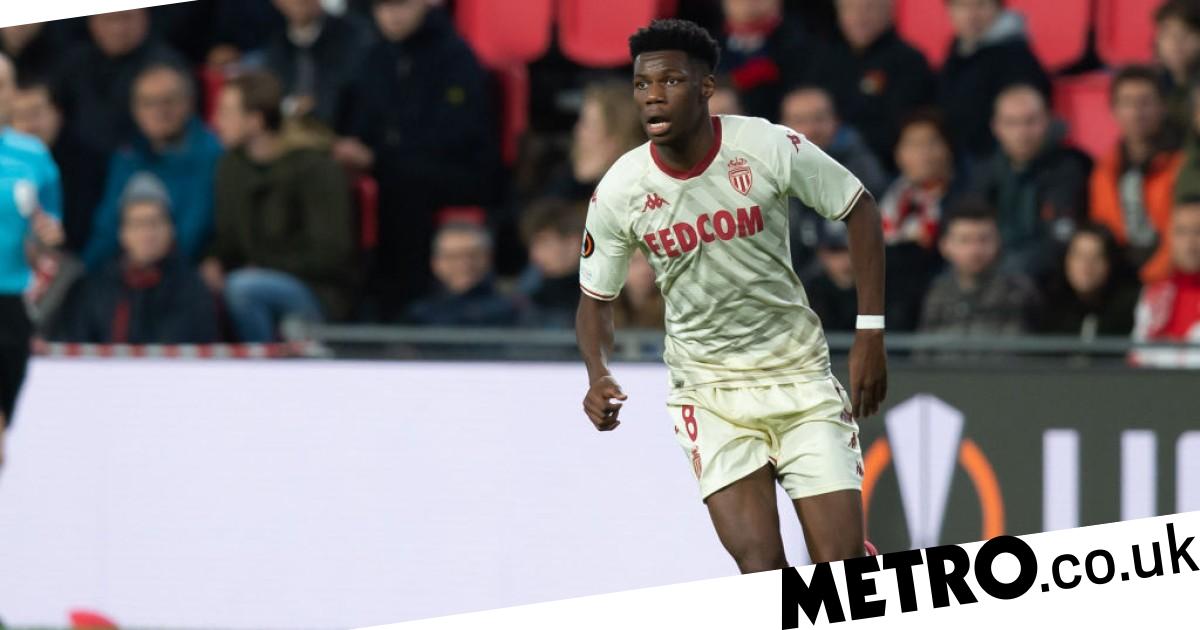 Monaco sensation Aurelien Tchouameni says he is flattered by recent transfer speculation linking him with moves to Manchester United, Chelsea and Real Madrid.

The 21-year-old, who signed from Bordeaux in January 2020, enjoyed an excellent campaign in Ligue 1 last season and has emerged as one of Europe’s best young midfielders.

United, who are in desperate need of a defensive midfielder, have been strongly linked with a move for the France international while Chelsea are also understood to be keen to bring him to Stamford Bridge.

Real Madrid are also thought to be admirers with Tchouameni making the front page of Spanish daily Marca during the summer transfer window.

While interest in his services is growing, the France international is staying grounded.

‘My father called me, we talked about everything and he told me that I was on the front page of Marca. I went on Twitter and saw for myself,’ Tchouameni told L’Equipe.

‘I told him it was cool, but what does it actually matter? It doesn’t. The front page of Marca will not define me or allow me to perform well in matches.

‘It’s not real life, but it is the media world, the football business. They talk about me today but tomorrow, they’ll be talking about another.

‘In the dressing room, they put the cover up and laughed’ ‘Oh, you’re leaving us already?’.

‘It’s flattering, but I don’t wake up in the morning thinking about it.’

Tchouameni added he has been dealing with transfer speculation since his days at Bordeaux and has got used to putting it to one side until the end of the season.

‘When I started in Bordeaux, the media were already wondering every summer if Aurelien Tchouameni was going to move to a bigger club,’ he said.

‘In 2018, they were already talking about Juventus or Milan.

‘I know for a fact that what is true in October is not necessarily what’s true in June. If I start to think that I’m going to leave, it will show directly in my performances on the pitch.’

Three clubs that could offer Ousmane Dembele a deal in January

Eric Clapton says vaccinated might be victims of ‘mass…

IIIT-Agartala Student Bags Jobs at Amazon With Salary of Rs…

Covid-19, These Things Will Protect Against Covid-19 And…