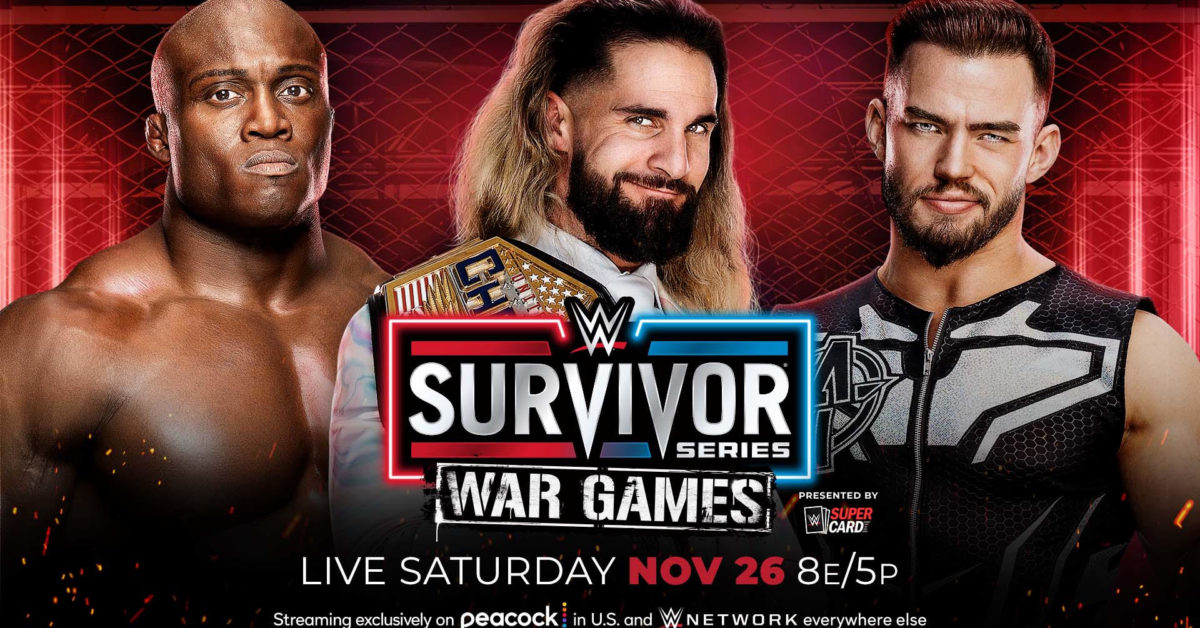 Austin Theory pinned Seth Rollins after a Bobby Lashley spear to win the United States Championship at WWE Survivor Series: War Games. Greetings, comrades! It is I, your El Presidente, bringing you live coverage of the most important form of entertainment in the world: pro wrestling.

Here is what I wrote about this match in the liveblog, comrades:

Sami Zayn arrived in Roman’s dressing room. Roman grilled him about talking to Kevin Owens and asked him to state his loyalty. Sami said he’s with Roman and expressed gratitude for being allowed in the Bloodline. That’s exactly what someone planning to betray their leader would say! If it were me, comrades, I would have Sami executed, but Roman gave him a hug instead. The execution could still happen though. A good leader never rules it out. Haw haw haw haw!

Just one more filler match before the other War Games match, Bobby Lashley, Austin Theory, and Seth Rollins came out. Bobby Lashley was in rare form for this match. At one point, he picked up Austin Theory and used his body as a weapon to hit Seth Rollins with. Theory got some revenge when he attacked both men with the steel steps. In another interesting spot, Theory put a sleeper on Lashley while Lashley put the Hurt Lock on Rollins.

Rollins hit a pedigree, but Lashley kicked out. Rollins missed a flippy move off the ropes, and Theory tossed him from the ring and tried to finish Lashley, but got put in the Hurt Lock. He tried to pin his way out of it, but Rollins hit a frogsplash. Lashley put both men in the hurt lock at the same time. Rollins hit a stomp on Lashley after jumping off Theory’s back. Lashley speared Rollins in the middle of his superplex/falcon arrow combo, and Theory pinned Rollins to win the belt.

It looks like reports of Austin Theory’s career’s demise have been greatly exaggerated, comrades. Until next match: socialism or death!

Survivor Series: War Games will consist of just five matches, comrades, though two of them are War Games matches and will probably take close to an hour each. In the men’s War Games match, The Bloodline — Roman Reigns, The Usos, Sami Zayn, and Solo Sikoa — will take on the team of The Brawling Brutes — Sheamus, Butch, and Ridge Holland — along with Drew McIntyre, and Kevin Owens. In the women’s War Games match, Damage CTRL — Bayley, Iyo Sky, and Dakota Kai — will be joined by Rhea Ripley and Nikki Cross to face the team of Bianca Belair, Asuka, Alexa Bliss, Mia Yim, and Becky Lynch. But there are three more matches also taking place at Survivor Series. Ronda Rousey will defend the Smackdown Women’s Championship against Shotzi. Seth Rollins will defend the United States Championship in a triple-threat match with Bobby Lashley and Austin Theory. And AJ Styles will take on Finn Balor with The OC and Judgment Day watching from ringside.

How to Watch Survivor Series

WWE Survivor Series: War Games takes place tonight, Saturday, November 26th starting at 8E/5P, comrades. You can stream it on Peacock in the United States or on the WWE Network internationally. In my country, I make sure that Survivor Series airs on every channel, and citizens may be stopped in the street at any time by my secret police and asked questions about it. If they don’t know the answer, it’s straight into the dungeons! So if you’re planning on any world travel, comrades, make sure you at least check back later to see the results, even if you don’t watch the show. We wouldn’t want there to be any… misunderstandings. Haw haw haw!

Review: ‘Glass Onion’ is a worthy follow-up to ‘Knives Out’