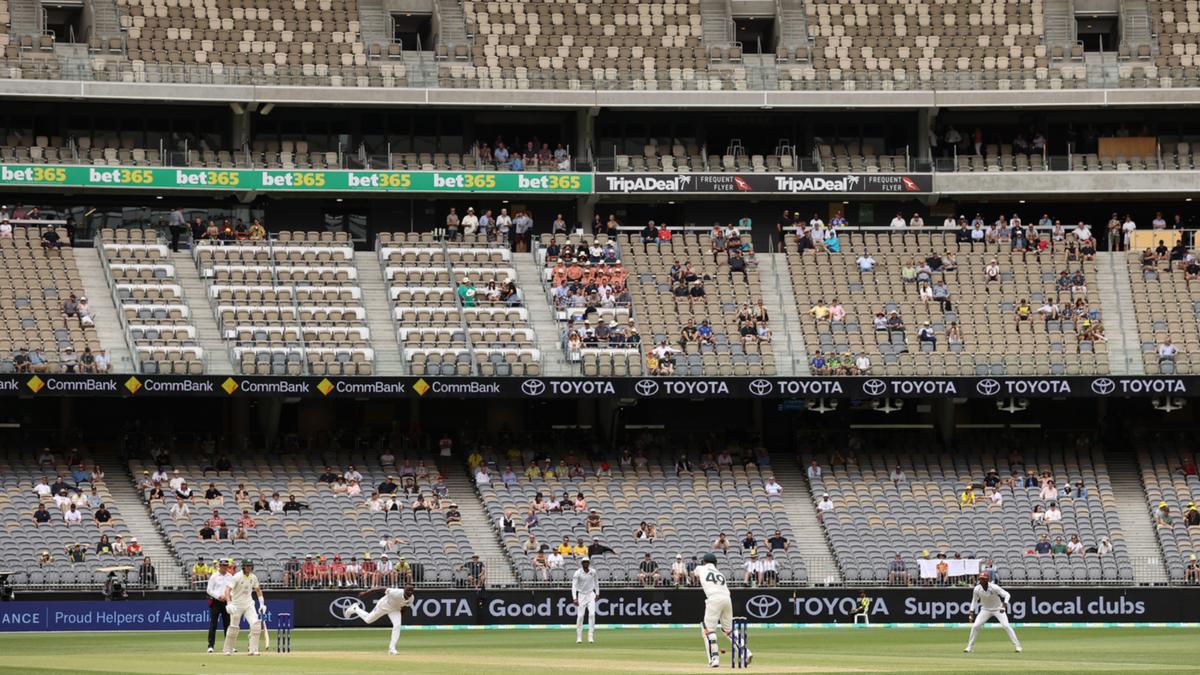 Just 10,929 fans attended the opening day of the test summer on Wednesday for the clash between Australia and West Indies, but Cricket Australia CEO Nick Hockley has put the blame firmly on scheduling and not the popularity of the national men’s team.

Perth’s poor test crowd left close to five-sixths of Optus Stadium empty amid fears the Australian team is on the nose with sections of the public, as well as the ugly fallout from West Australian Justin Langer’s exit as coach.

But Hockley was insistent those matters were not behind the low crowd, instead pointing the finger at a cluttered schedule that left the match needing to start on a Wednesday.

He also defended the marketing of the match, despite it being notable that no signs were visible around the city in the lead up to the opening Test of the summer.

“We had the T20 World Cup coming in, so it’s meant we’ve had a very compressed schedule throughout this summer and a lot more content than normal.

“Starting on a Wednesday is not the best, people are at school and work.

“I don’t think (it was a protest vote). It’s great to see JL out on the field before his commentary and saying hello to the players.

“I know they were pleased to see him. There was a lot of commentary last week, but everyone has had their chance to say their piece.”

Hockley also defended captain Pat Cummins’ stance on social issues and was adamant the fact it drew attention showed the interest in the team.

“(The players) are allowed to have opinions,” Hockley said.

“I am very proud of this group. And it’s very interesting the way our national sport gets drawn into debates.”

Wednesday’s sparse crowd also prompted questions of whether Test cricket should return to the WACA for matches against teams other than India and England.

The old ground is currently undergoing redevelopment but when Optus was initially opened the plan was for smaller non-marquee Tests to still be played at the WACA.

The 2026-27 summer looks the most likely time for a return, with New Zealand visiting for the marquee series over Christmas before Bangladesh arrive for two in March with a tour of India in between.

But Hockley said plans were for future Tests to be played at Optus.

“The plan is for men’s international cricket, our big events like (WBBL finals and the Big Bash), we really want to see Perth Stadium rocking,” Hockley said.

“(It’s) not currently in the planning (for the WACA to host again).

“We have just finalised the FTP (future tour program) and the plan is as part of that set of matches that Tests in Perth will be here in Perth Stadium.”