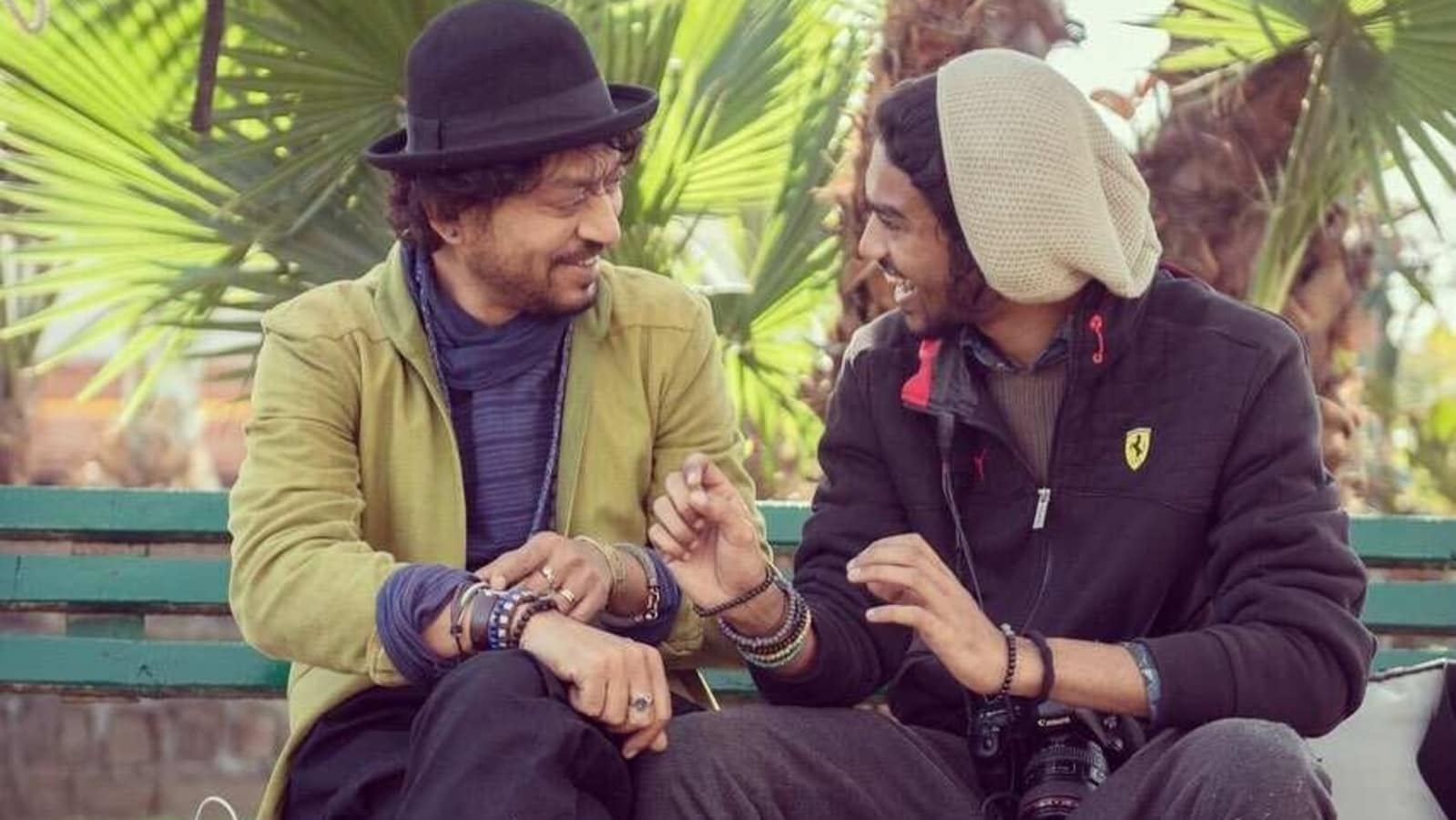 Babil Khan made his film debut last week with the Netflix release Qala. The film, which also stars Tripti Dimri and Swastika Mukherjee, sees Babil in the role of a prodigiously talented singer who makes the protagonist threatened. After watching the film, many fans praised Babil’s performance and some even compared him to his late father, Irrfan Khan. However, Babil’s co-star Tripti has termed any such comparisons wrong and unfair. Also read: Babil Khan says he does not have any advantage of being Irrfan Khan’s son

Irrfan Khan, who died after a long illness in 2020, is widely regarded as one of the finest actors in Indian cinema history. In a long, storied career, he won numerous accolades, including a National Award and six Filmfare Awards. He was also well known in Hollywood, having worked in several English films like Life of Pi, The Amazing Spider-Man, Jurassic World, and Inferno. Babil is his elder son.

In a recent interview with ETimes, Tripti was asked about how Babil is like Irrfan and she responded, “He does look like sir (Irrfan) a lot. Acting wise, I think he is going to create his own fan base. Irrfan sir was great and it is wrong for me or anyone to expect him to act like his father. That would be completely wrong. I feel like he is someone who will create his own fan base. He is finding ways to do things his own way which is so special to see.”

Talking further about the experience of working with Babil, Tripti said, “It was fun working with him. I think we clicked in the very first meeting at the office, where I was sitting and he was all nervous because an actor is always a bit nervous during his/her debut film. Even I remember that I was so nervous when it was my first film. And now to see Babil finally grow out of his nervousness, he is so confident, I am seeing his interviews and he is meeting people. He is so confident now which is so beautiful to see.”

Directed by Anvitaa Dutt, Qala is a psychological thriller set in the Kolkata (then Calcutta) of the 1940s with Tripti Dimri starring as the eponymous singer tortured by a secret from her past. Babil will be next seen in the web series The Railway Men, which also stars R Madhavan, Kay Kay Menon, and Divyenndu.

Denial of responsibility! Pedfire is an automatic aggregator of the all world’s media. In each content, the hyperlink to the primary source is specified. All trademarks belong to their rightful owners, all materials to their authors. If you are the owner of the content and do not want us to publish your materials, please contact us by email – [email protected]. The content will be deleted within 24 hours.
babil irrfanBabil Khanbabil khan debutbabil khan irrfan khanIrrfanIrrfan KhanQalaTripti Dimri
0
Share