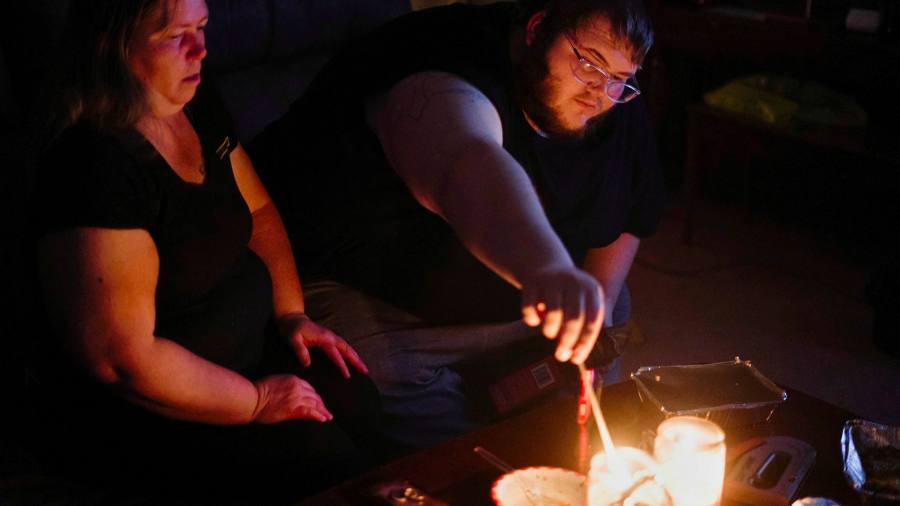 Bank of America gained hundreds of millions of dollars in trading revenue when the Texas electric grid failed in a winter storm last month, highlighting the upside for Wall Street from mayhem that knocked out power and heat across the state, industry executives and traders said.

The bank’s Houston-based energy trading group had electricity contracts that soared in value when wholesale Texas power prices rose 10,000 per cent to a cap of $9,000 a megawatt-hour the third week of February.

The prices were ordered by the Texas utility regulator in an attempt to bring more generation into service. But almost half the state’s capacity fell offline as an arctic freeze blocked supplies of natural gas, froze coal piles and iced wind farms. Blackouts lasted days, leaving millions in the dark.

BofA takes part in the Texas energy market by trading power and gas and selling products that enable generators and other asset owners to hedge against fluctuating prices. That activity left BofA with an inventory of power contracts that surged in value during the blackouts. “The volatility of the energy market has heightened the value of risk management,” the bank’s website says.

This winter storm affected the entire state, including our 19,000 employees in Texas, and for many, the recovery is just beginning

Banks have said little about their trading activities during the longest spell of cold weather ever to test the Texas grid. One exception is Macquarie, the Australian bank with a Houston-based energy business, which reported an A$300m (US$234m) gain related to natural gas trading, lifting annual group profit by 5-10 per cent.

BofA declined to comment on the amount of revenue its energy trading generated during the Texas blackouts, but it said: “Revenue related to this activity will be offset by losses and reduced revenues related to investments in wind and other alternate power suppliers in Texas and other affected markets.”

The financial group was the lead bank on a $480m line of credit to Brazos Electric Power Co-operative, a generation and transmission company that filed for bankruptcy protection this week because it was unable to pay for power purchases racked up during the storm. The bank also had a $6.9m claim in the case related to power sales and derivatives, according to a court filing.

BofA expanded deeply into North American power and gas markets when it acquired the Merrill Lynch investment bank in 2009. The energy desk is part of its fixed income, currencies and commodities division that made revenues of $1.7bn in the fourth quarter.

Mark Egan, a senior Houston energy trader at the bank, serves as a board member of the Gulf Coast Power Association. According to the group, Egan has “structured and executed energy hedges for 7,000MW (megawatts) of natural gas fired generation and 2,500MW of wind capacity” for clients in the Texas power market, with relationships that “span the industry”.

However, BofA has a smaller energy trading business than many peers. Citigroup was the fourth-largest seller of US wholesale power in the third quarter of 2020, while Morgan Stanley was 15th, according to government data compiled by S&P Global Platts. Bank of America was not in the top 20.

The bank, which has dozens of retail branches across Texas, pledged $1.1m to charities to provide shelter, water, food and other essentials after the weather catastrophe.

“From the Rio Grande Valley to the panhandle, this winter storm affected the entire state, including our 19,000 employees in Texas, and for many, the recovery is just beginning,” Nikki Graham, the bank’s Austin market president, said in a statement last month.

BofA’s trading gains could be diminished as Texas officials ponder retroactively reducing prices for some of the $50bn in electricity sales executed during the blackouts.

Govt looking to sell profit-making PSUs; it must strengthen, not sell them: Congress