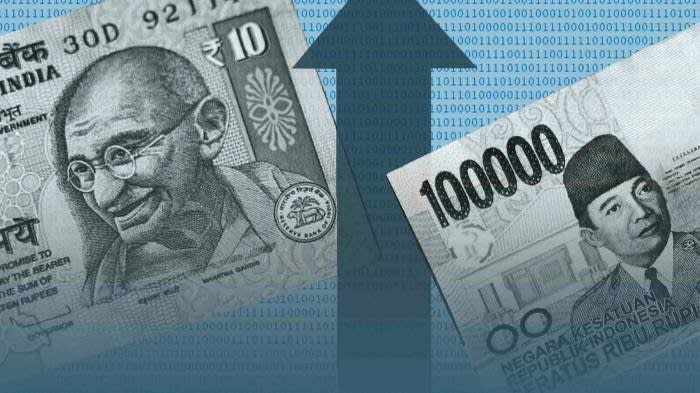 Welcome to #Fintechft. One of the predictions in our first newsletter of the year was that China’s battles with risky online lending practices would be mirrored elsewhere in the region. It didn’t take long to come to pass, with India and Indonesia both stepping up oversight of the sector. But the conflict is far from settled.

Apps and websites offering quick loans have proliferated in India and south-east Asia, where hundreds of millions of people are unable to access the formal credit system.

Officials and executives alike agree that digital lenders can help address a chronic shortage of credit for the region’s fast-growing, young population — a need that has only increased during the pandemic. However, regulators are now grappling with the same mix of scandal and rising defaults that prompted a crackdown on digital lending in China in 2018.

A spate of suicides by vulnerable debtors in India — where effective interest rates on apps can be as high as 60 per cent a week — have sparked outcry. The fast-growing peer-to-peer lending sector in Indonesia has also been dogged by high default rates.

Now regulators are stepping in. The Reserve Bank of India in January set up a panel to strengthen oversight of the sector. The suicides also sparked police investigations and arrests in the country of 1.4bn.

Increasingly, tech giants including Google are being drawn into the fray. In India, Google has removed several lending apps from its Play Store following pressure from the Reserve Bank of India, the central bank. But shut down apps can re-emerge under new or similar names within days on the companies’ online app stores.

The recent trends in India and south-east Asia are not just reminiscent of earlier events in China, but are directly tied to them. The number of P2P lenders in China fell from a peak of more than 5,000 to just 29 by June 2020, but the crackdown from Beijing led many Chinese operators to set up shop elsewhere.

A 2018 OJK report found that half of the 227 unlicensed P2P lenders in Indonesia originated in China, and analysts in India say many of the illegal apps there are also run indirectly from China.

The tricky part now is weeding out illicit lenders without making regulated fintech companies collateral damage. Millions of people and small businesses in Asia rely on such services because they get overlooked by banks.

In India, 190m people did not have bank accounts as of 2017, according to the World Bank, along with 95m in Indonesia.

India’s FinTech Association for Consumer Empowerment, an industry body, is looking to pre-empt heavy-handed intervention by lobbying the RBI for a self-regulatory model.

“Regulators can’t solve everything. We have started an education about illegal lending. This can be as simple as [explaining] illegal apps will ask for personal details that legal ones will not.”

One thing is certain. More collaboration is needed between tech companies and governments. The need is especially great in Asia, where education lags behind that in western countries. The problem is that tech companies globally have taken a hands-off approach to regulating their online platforms. Until there is greater collaboration, policing illegal apps is akin to playing a game of Whac-A-Mole.

If you are having thoughts of suicide please contact the hotlines listed below. In India you can reach Kiran at 18005990019. The US National Suicide Prevention Lifeline is at 1-800-273-8255 — a free, confidential 24/7 service for people that need help. Or in the UK, the Samaritans hotline at 116-123. More information can also be found at www.mind.org.uk, www.samaritans.org and www.save.org

Where are you based? We’re headquartered in London, with offices in Milan and Cagliari.

Who are your founders? Paolo Galvani and Giovanni Daprá

What do you sell, and who do you sell it to? A simple and cost-effective way to invest with actively managed portfolios and qualified consultants, attracting experienced investors keen to delegate.

How did you get started? In Milan, believing technology can make investing affordable and transparent. We’re the original robo adviser, before it became a “thing”.

How much money have you raised so far? We’ve raised over £100m to date.

What’s your most recent valuation? Not disclosed

There are lots of fintechs out there — what makes you so special? We offer great technology, but we don’t automate everything. Every customer gets active portfolio management and guidance from expert consultants.

The unravelling of Lex Greensill: Some have questioned whether Greensill, the supply chain finance group, should be considered a fintech given most of its innovations were more about financial engineering than software engineering. But the UK industry was happy to embrace it as a sign of the UK’s pre-eminent position in global fintech — until this week, that is. Now the company — which a few months ago was seeking a $7bn valuation — has filed for administration, with tens of thousands of jobs at risk at the companies that rely on it for financing. The FT has a dedicated page to help you keep track of the fast-moving story.

Financial Conduct Authority — once bitten, twice shy: If last week was all about the opportunities for growing UK fintech with the publication of the Kalifa Review, this week was a reminder that chasing rapid growth is easier said than done. Alongside the collapse of one UK success story (see above), senior executives at several top firms cautioned that new regulations would make it hard for future start-ups to get off the ground. The debate over new rules for e-money firms highlights the key tension at the heart of fintech regulation between encouraging growth and protecting consumers. It also suggests the Financial Conduct Authority has learned from the Wirecard debacle last summer, when millions of customers were unable to access cash in accounts linked to the collapsing German fintech.

From “pawnshops” to partners: Ant Group’s Jack Ma has spent years insulting China’s big state-owned banks. Now, the government is effectively forcing Ant to work more closely with them, by restricting the amount of business it is allowed to do with smaller regional lenders. It is the latest broadside in the government and regulators’ months-long campaign against the fintech giant. Still, Ant is resisting where it can — the central bank has been pressuring it to share more consumer data to help the big banks, but Ant has shared only a fraction of what officials were hoping for, citing consumer privacy laws.

The only headline about Starling Bank’s fundraising not to make a lazy bird pun: Starling Bank on Monday announced it had completed its latest fundraising deal, and finally broke its long-held habit of not discussing deal terms to confirm it had achieved a valuation of over £1bn. The bank’s investor base has always been unusual compared to rivals like Revolut and Monzo, relying on secretive financier Harald McPike and traditional asset managers like Jupiter rather than venture capital firms. The latest deal was backed by several major institutions, including Fidelity and the Qatari sovereign wealth fund.