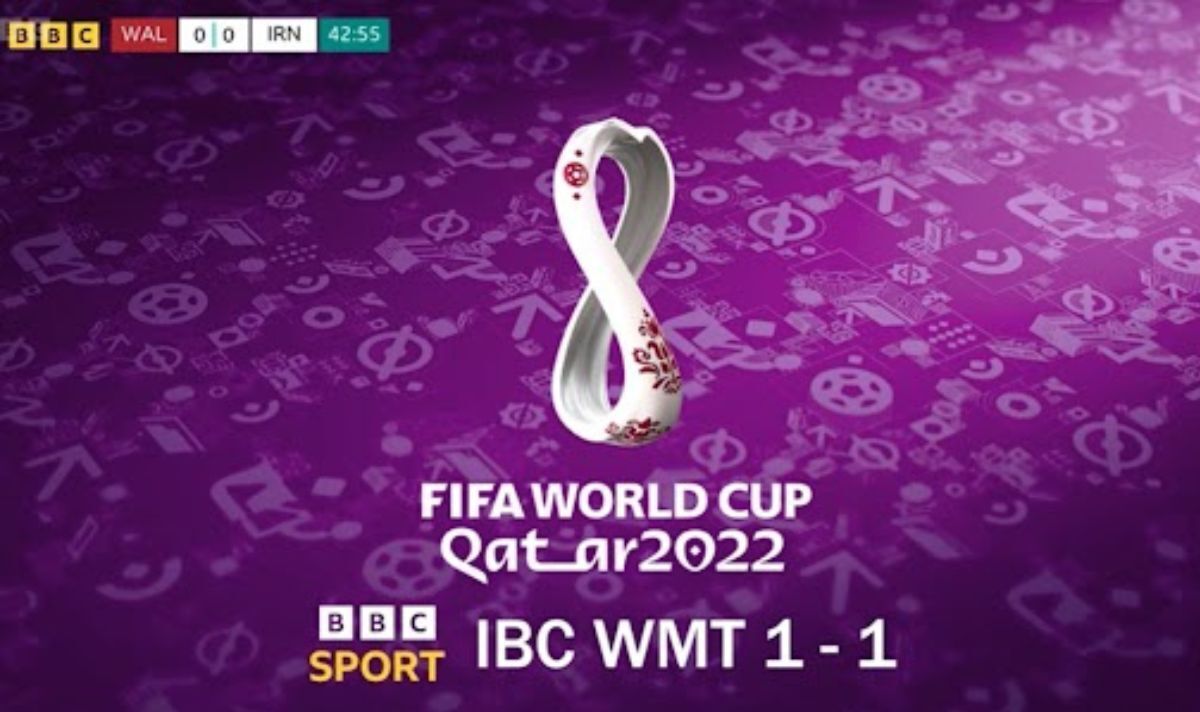 The BBC were forced to apologise after their World Cup coverage of Wales vs Iran cut out during the first half of the tense Group B encounter. Rob Page’s side were looking to build on their 1-1 draw with the United States on Monday while also knowing failure to beat Iran could spell trouble in their quest to make it through to the knockout stages.

Wales had the best chance of the game when Kieffer Moore went close but the teams went in goalless at the break.

Iran thought they’d taken the lead when Ali Gholizadeh had the ball in the net but the attacker was correctly ruled offside – meaning the goal was chalked off.

World Cup fans on Twitter were left furious just moments before half-time, however, when the BBC’s coverage of the match cut out.

A purple screen that showed the Qatar World Cup emblem and text that read ‘IBC WMT 1-1’ appeared on screen for several seconds, whilst the coverage also lost all sound.

“I can’t believe the BBC put a spoiler on the screen,” @ADFoxcroft said.

@Mfc_fan1985 was in agreement, writing: “So if this finishes 1-1 then its a fix! You all saw that screen just come up on the 43rd minute on BBC right.”

Steve Wilson, who was commentating on the match alongside Danny Gabbidon apologised when the action returned to the screen.

Fans watching on the iPlayer were also experiencing sound issues during the contest.

Meanwhile, @meggaherne wasn’t happy with the delay, tweeting: “2 minutes behind the actual game on BBC iPlayer is a joke.”

An angry @DoLpH71, wrote: “@BBCiPlayer should say ‘not quite live’ on screen. Had a notification that Iran’s goal had been ruled offside by VAR before it had even hit the back of the net on iPlayer. #WALIRN #WorldcupQatar2022”

The Delevingnes: ‘It’s big plates with wooden spoons and everyone can dig in’