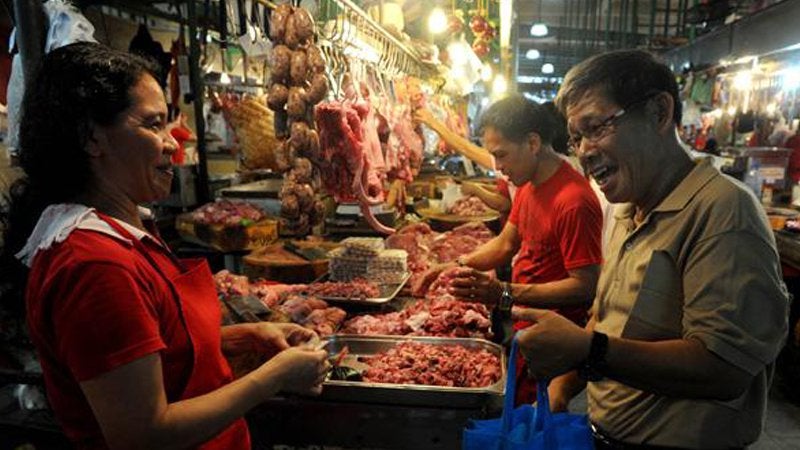 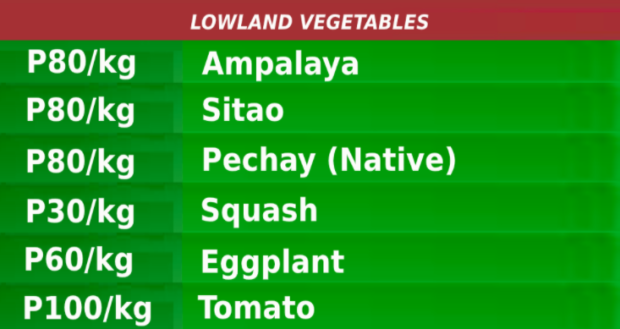 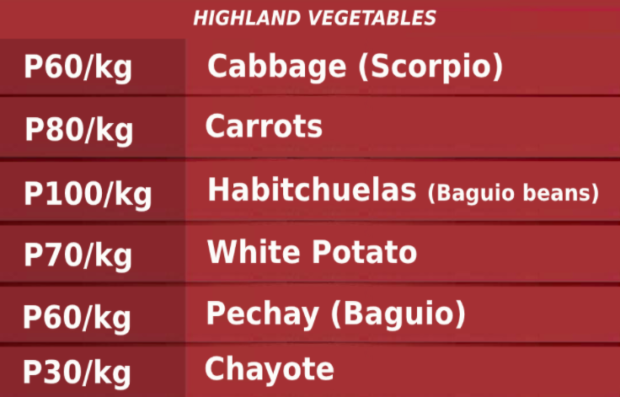 The Department of Agriculture (DA) on Monday expanded the number of agricultural commodities with a suggested retail price (SRP), which is also the basis for the price freeze being imposed in public markets and supermarkets in Metro Manila.

Agriculture Undersecretary Kristine Evangelista said in a phone interview that the decision to other items, especially vegetables, was prompted by the steady increase in their retail prices, which the government is still investigating.

Between Nov. 3 and Nov. 23, the average retail price for lowland and highland vegetables increased by as much as 88 percent. The highest mark-up was observed in ampalaya wherein a bundle, previously priced at P120, soared to P235.

Evangelista said there were a lot of factors to consider for this uptrend—the destruction incurred by the agriculture sector from the series of typhoons that hit the country, the possible price increases in trading posts that were being passed on to consumers, and logistical challenges especially in areas where clearing operations were still ongoing.

Agriculture Secretary William Dar said the issuance of the new circular was meant to manage these prices amid tightened supply and in order to “not aggravate the current difficulties of the Filipino people … affected by the pandemic and the series of calamities.”

Evangelista noted that SRPs must now be observed in supermarkets in Metro Manila as well. The inclusion of these chains was determined after the agency found out that the cost structures for public markets and supermarkets were almost the same.

Markets in the provinces, however, would have their own SRP schemes that would be imposed by regional offices of the DA, Evangelista added.

Local price coordinating councils, which are made up of representatives from the DA and local government units (LGUs), saw an increase in the number of price violators recently.

Evangelista said that in Muñoz market alone, 20 retailers were issued notices of violations. They were also receiving several reports of overpricing in the Las Piñas market.
“We have forwarded these cases to our legal team. From there, we will be coordinating with the LGUs to decide the degree of penalty that would be imposed on these violators,” she said.

It called on the government and the private sector to double efforts in prolonging the shelf life of agricultural goods as a key strategy for food security, which entails additional investments in technology and cold-storage facilities. INQ