Best Spy Shots For The Week Of August 1 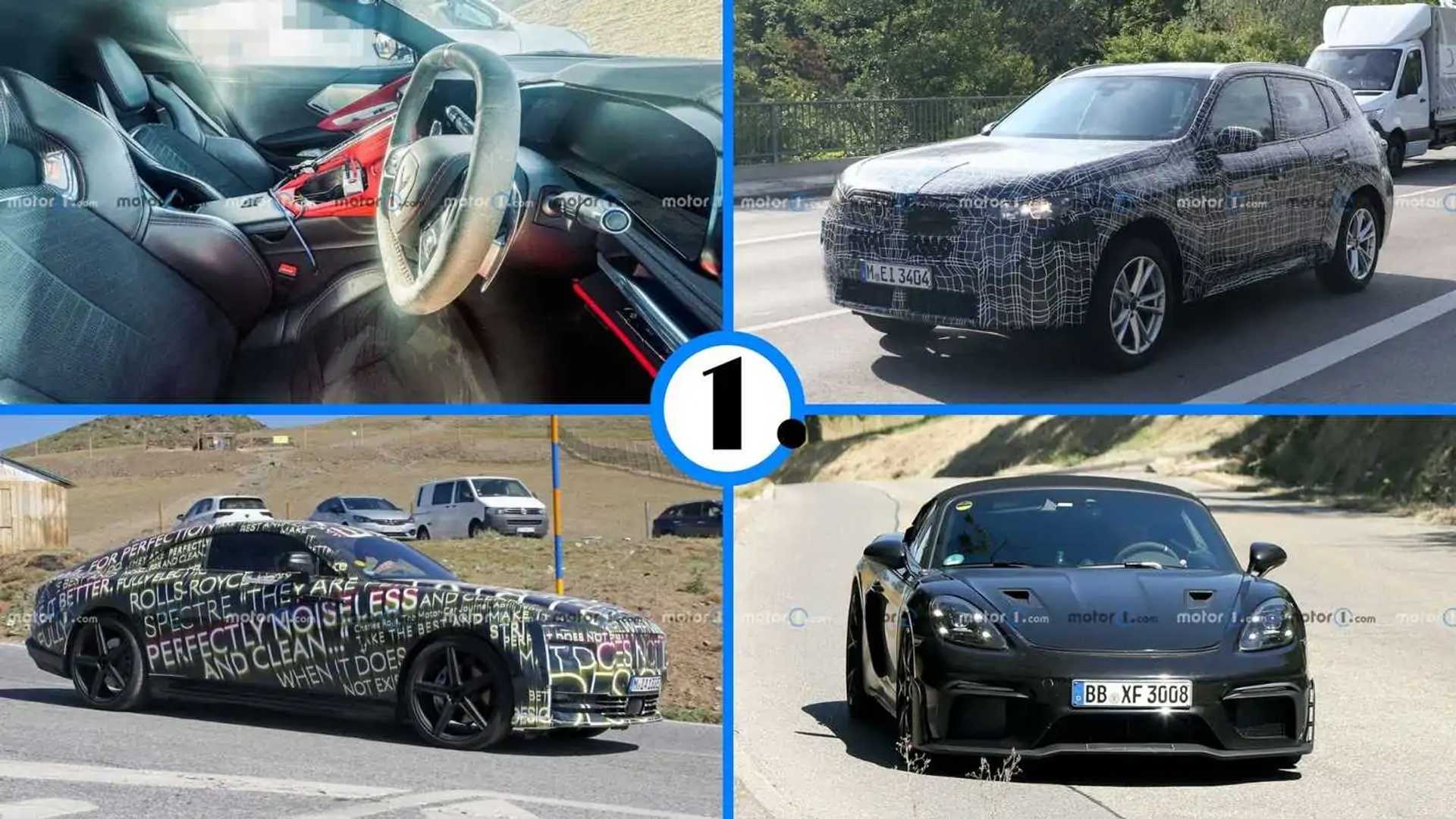 Motor1.com puts up spy shots of upcoming vehicles practically every day and sometimes more than that. If you want to stay on the cutting-edge of what’s on the way check out this list of all of the glimpses of development vehicles from the past week.

The Audi Q6 E-Tron will be an electric crossover riding on the PPE platform like the Porsche Macan EV. This model will be available as a boxy standard model or the sleeker Sportback. Later, the Audi will get a high-performance RS model.

BMW is working on the next generation of the X3. It has a boxier, more chiseled appearance than the current model. These spy shots include a look at the plug-in hybrid variant.

Chevrolet is developing the hybrid-powered Corvette E-Ray, and here’s a look inside. This one is still clearly in a fairly early stage of the work, judging by all of the exposed wires.

This is our first look at the Heritage edition of the Ford Bronco Sport. This one has a grille from the Big Bend and wheels from the Badlands. There don’t appear to be any significant styling changes.

This Hyundai Kona is under heavy camouflage, including cladding on the nose and rear. A flap in the front grille hides the charging port. Look for the model to debut in early 2023.

The Mercedes GLB receives a minor refresh that includes an updated nose and minor tweaks to the taillights. We are expecting the revised model to debut next year.

Here’s the new GLC Coupe in regular trim and in the sporty AMG guise. Look for them to debut later this year.

Mercedes is working on the luxury-focused Maybach version of the EQS SUV. Compared to the standard version, there are revisions to the nose and tail. Inside, expect nicer materials and lots of luxury amenities.

Here’s the next generation of the Mini Cooper Hardtop. Specifically, this is the John Cooper Works hot hatch. It has an aggressive front fascia with square inlets in the corners. The styling is very similar to the current model.

The Porsche 718 Boxster Spyder RS will be the equivalent to the 718 Cayman GT4 RS but with the ability to open the roof. It features an aggressive body with a large front splitter, NACA ducts on the hood, and center-lock wheels.

It appears that Porsche is developing a higher-performance version of the Panamera. This one wears center-lock wheels, and big brake rotors are visible behind them. There’s also tape on the front bumper and fenders for concealing modifications to the body.

The Rolls-Royce Spectre development is coming along nicely. These spy shots include a look inside the cabin. There are digital displays for the instruments and infotainment in a single bezel on the dashboard