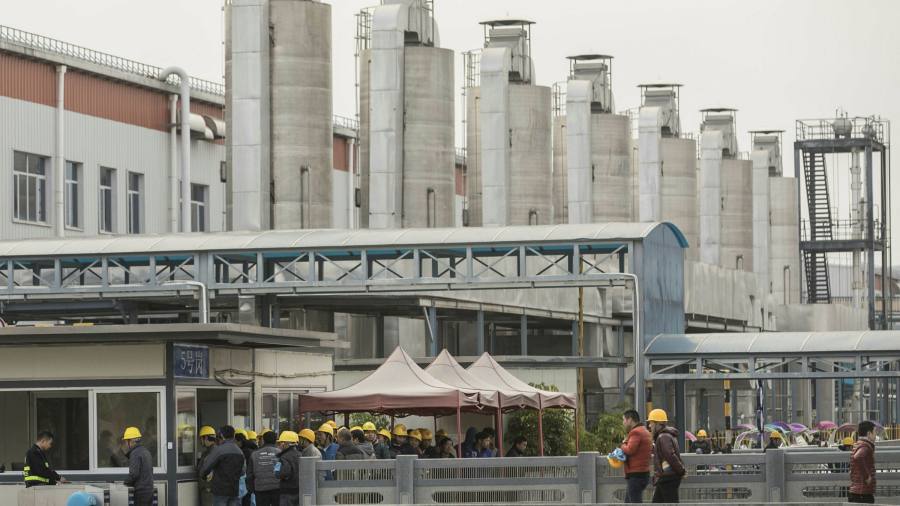 Investors are betting that the rise of electric cars will drive a period of rapid growth for lithium miners and battery producers.

The Solactive Global Lithium index, which includes shares of battery manufacturers, has risen 32 per cent this year to a record high, powered by gains for Chinese companies Ganfeng Lithium and CATL.

Sales of electric cars have surged in Europe and China this year, boosting the outlook for the battery industry. The world’s largest carmakers have pledged to spend billions developing new models. Meanwhile the EU said last week it might ban petrol and diesel cars by 2035.

Volkswagen, the world’s largest carmaker, said its sales of electric cars rose 165 per cent in the first half of the year; China’s BYD reported a 154 per cent increase.

Prices for lithium carbonate, a key material for electric car batteries, have almost doubled over the past year, according to Benchmark Mineral Intelligence.

“We believe that a transformational bull market is under way for speciality metals, as the green revolution gains pace and the ‘green recovery’ from the Covid-19 crisis offers the sector a boost from stimulus and regulation,” said fund managers at Baker Steel Capital Managers.

Shares in Ganfeng Lithium, China’s largest producer of the battery material, have risen 98 per cent this year, giving the company a value of $42bn, which makes it the world’s largest listed lithium miner. The Xinyu-based company has been highly acquisitive, investing in lithium assets in Mali, Mexico, China and Argentina this year.

Shares in CATL, the world’s largest battery maker, have gained almost 38 per cent this year, lifting its market value to $200bn — $50bn more than VW.

“If you look at all the expansion plans for the battery makers and OEMs [carmakers] you have to be prepared,” said Wang Xiaoshen, Ganfeng’s chief executive, in an interview with the Financial Times. “The world needs all kinds of lithium resources.”

Wang said the lithium market faced the risks of supply lagging behind demand over the next couple of years because new mining projects could face delays. That could limit carmakers’ ability to meet their ambitious targets for EVs, he said.

“It looks like it [the market] might be balanced — but if it’s balanced, it will be a very tight balance,” he said.

Investor enthusiasm for batteries has prompted a number of battery technology start-ups to list on the stock exchange via reverse mergers with special acquisition vehicles, known as SPACs.

This month Singapore-based SES, which is developing a more powerful lithium-metal battery, said it would list on the New York Stock exchange via a combination with Ivanhoe Capital Acquisition Corp.

“Battery prices are going up a lot,” he said. “We have a perfect storm happening at the moment, with what’s going on in the shipping sector, getting more expensive, and commodities . . . the supply chain is waking up from its slumber post Covid.”

The higher prices have created an incentive to re-use old lithium-ion batteries which have lost some capacity but can still be used in energy storage applications, he said.