Beyond kitsch: The art of the sunset 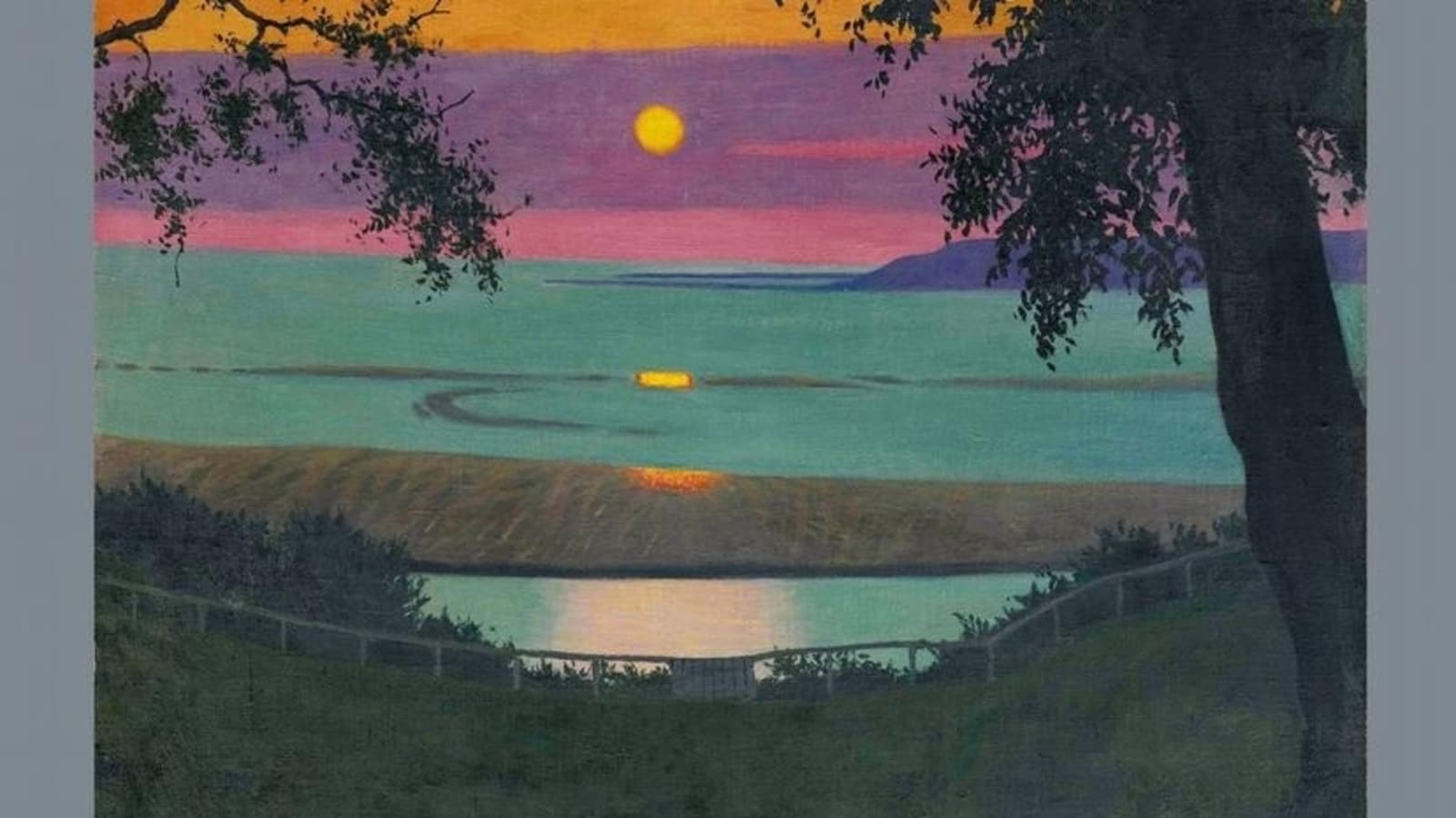 Sunset photos are popular on Instagram, but a new exhibition shows that the motif also symbolizes philosophical questions and reflects the state of the world. Who doesn’t love a beautiful sunset? The dazzling and ephemeral display of shifting colors and light is a constant source of fascination for humans.

And who among us hasn’t tried to capture that display — and with it, hopefully the emotions it sparks in us — with a camera, only to be disappointed that the colors on the screen don’t even begin to come close to what our eyes saw, or because our timing was poor and we missed releasing the shutter at the perfect moment, as the sunset’s colors shifted by the second?

That doesn’t stop us from trying though, as the more than three hundred million posts on Instagram with the hashtag “sunset” can attest.

Museum curator Annett Reckert, of the Kunsthalle Bremen, is no different when it comes to enthusiastically pulling out her smartphone to take some sunset snapshots. And as an art historian, she realized that the popularity of the sunset motif as a mass phenomenon of amateur photography wasn’t matched by its representation in museums.

So she came up with the concept for a new exhibition, called “Sunset: A Celebration of the Sinking Sun.”

The show explores the fascination of the sunset through some 130 works ranging from the Romantic era to the modern day.

But as Reckert is careful to point out, the exhibition is not an art history survey. Rather, she wants visitors to ask themselves what the motif does to them — why a stunning sunset makes us want to grab our cameras and smartphones and try to capture what we’re seeing; why we consider some depictions of sunsets to fall under the category of art, with others dismissed as kitsch; and even what these artworks have to say to us about pollution and climate change.

A daily commemoration of death

Reckert has some theories about why we respond so strongly to sunsets. “It is about our mortality. Each day, the sunset is a memento mori, a commemoration of death. You, too, will set. Another day has passed and there is, perhaps for some, still a residual fear that it will not rise again,” she told DW.

An example of the theme of death in the exhibition is “Grief,” a 1902 work by Anna Ancher, in which two figures — an old, cloaked woman, and a young, naked woman — kneel in front of a cross in an open landscape against a setting sun.

Other works also evoke spiritual associations with sunsets, such as “Woman Before a Setting Sun,” a small painting from 1818 by the German Romantic painter Caspar David Friedrich.

As Reckert says, the image of a woman, seen from the back, looking out over the landscape to the rays of a dying sun, is often interpreted as symbolizing a religious experience.

Friedrich’s works have often sparked a debate about kitsch versus art, and of course, the sunset motif is often assigned the kitsch label, from vacation postcards to décor in cheap motels.

Curator Reckert has deliberately avoided any attempt to categorize the exhibited works as either high or low art, and says that distinction is for the visitor to make.

She mentions a large work from 1871 by Johann Wilhelm Julius Köhnholz, which shows a sunset in the Bavarian Alps. Upon its acquisition by the Kunsthalle in 1892, it was harshly criticized as kitsch by the press, and disappeared into the vault until now, where it’s been placed alongside less controversial and well-known artists such as William Turner — but also more overtly commercial items, such as a tourist postcard collection and works by Andy Warhol that were commissioned especially for the Hotel Marquette in Minneapolis, Minnesota.

Part of a sunset’s appeal is the way it alters the world for a short while. As the sun goes down, the bright whites and yellows of the daytime sun, the glare and — depending on the place and season — the heat soften into an ever-changing array of colors: reds and oranges, pinks and purples.

As Reckert points out, sunset is the only time you can look directly at the sun. It casts its rays at an oblique angle, illuminating clouds from the side and below and washing the world in a rosy glow that makes water shimmer silver and softens the world’s harsh edges.

That softening is famously depicted in Claude Monet’s “The Houses of Parliament, Sunset” from 1904.

But Reckert says that the dreamy haziness Monet has so beautifully captured is actually an indication of how sooty London’s skies were back then.

“Smog in the sky creates intense sunsets and that is of course something very deceptive,” she says, adding that is also addressed in the exhibition. “There are quite a few works that really deal with the climate aspect. And I think that’s also important at this time, when we’re surrounded by these images of doom and gloom, to also look at the images with these critical considerations.”

A ray of hope

Along with these more serious considerations, Reckert hopes the exhibition will inspire some of the same enjoyment that sunsets themselves do, and says its timing isn’t coincidental.

“I do hope that in this winter, with all the bad news, and lights being turned off in the cities, that visitors can warm their souls, and that the exhibition provides sensual joys and moments of realization.”

Denial of responsibility! Pedfire is an automatic aggregator of the all world’s media. In each content, the hyperlink to the primary source is specified. All trademarks belong to their rightful owners, all materials to their authors. If you are the owner of the content and do not want us to publish your materials, please contact us by email – [email protected]. The content will be deleted within 24 hours.
Annett Reckertart exhibitionInstagramphilosophyphotographySunsetsunset coloursSunset photos
0
Share