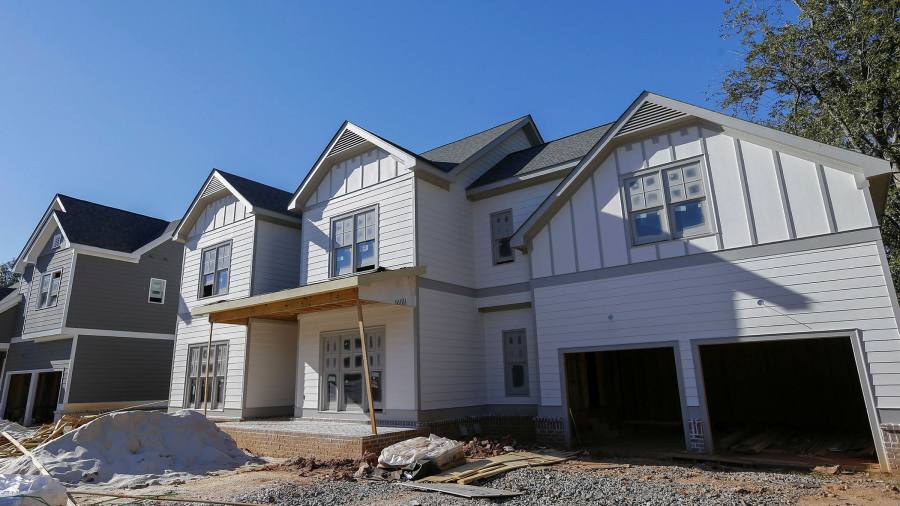 What are the chances that the Trump administration would want to leave a constitutional, legal, financial and politically explosive booby trap for the Biden administration? One with huge international financial risks? Which could allow some of the outgoing administration’s libertarian/investor sympathisers to make a substantial speculative profit on their positions in more than $33bn of orphaned preferred shares? For the consequences of which they could blame Obama and Bush administration appointees?

Good, I think. Even though it might frighten investors in trillions of US agency securities and anger the incoming Biden administration and much of the housing finance industry.

The next move is up to Treasury secretary Steven Mnuchin and Mark Calabria, who heads the Federal Housing Finance Agency, the housing regulator. They have been in discussions about the terms of an amendment to the preferred stock purchase agreement (PSPA), which covers the government’s controlling investment in Fannie Mae and Freddie Mac, the two government-sponsored entities (GSEs) that underwrite about $7tn of the $11tn US housing mortgage market.

The “preferred stock” referred to are the senior preferred shares which, along with warrants for 79.9 per cent of the common stock, are what the Treasury got in return for injecting $189bn into the GSEs from late 2008 to 2012, in the aftermath of the housing market crash and financial crisis. Up to now, the Treasury has received back the $189bn, and another $109bn in dividends above the original investment, and still has the prospect of profiting from its warrants.

The harm, though, goes beyond the direct costs of the orderly grifting by lawyers, lobbyists and bankers. The pre-housing-bubble GSE ecology served a social purpose. Skilled workers or enterprising people could more readily sell their houses and then buy new ones through a more liquid national market. This encouraged labour and class mobility, and with it a long-term compounding of productivity gains.

Back to the scheming and speculation. In the first four years of the Treasury’s senior preferreds, the high dividends returned to the government were politically untouchable. The original terms were amended a couple of times through bilateral agreements between the housing regulator and Obama’s Treasury.

Then, in 2012 a third amendment was agreed that replaced punitive, but fixed, dividends with the “net worth sweep” of virtually all the profits from the now-recovered GSEs into the Treasury General Account.

The legacy shareholders mobilised. As one junior preferred investor says: “The third amendment was a mobster-style contract where you have to make payments but never have them counted as repayments.”

Mark Calabria, then an analyst with the libertarian Cato Institute, agreed. He went on to be an adviser to vice-president Mike Pence and then the sole housing finance regulator.

Calabria is seen as a sort of inside-the-Beltway Martin Luther, determined to take Fannie and Freddie out of “conservatorship” and Treasury control. He has four years left in office to carry out that reformation.

If anything, the coming departure of the Trump team might have accelerated one part of his plan: a “fourth amendment” to the PSPA that would end the so-called net worth sweep and allow the GSEs to keep earnings that could retire the senior preferreds, pay off the junior preferreds, and, eventually, pay dividends to the common.

In response to informed or uninformed chatter, the junior preferreds have risen by as much as 38 per cent since the election.

A deal would still leave Calabria and the lawyers with much wood to chop before the conservatorship could be ended. There are a lot of housing finance people who believe that is all a fool’s errand. Could Biden fire Calabria and reverse any fourth amendment in time to keep the “sweep”” coming?

That might depend on the outcome of Collins vs Mnuchin, a case to be heard by the Supreme Court on December 9. I would bet on volatility, rather than direction, for the GSE shares.

New pandemic plight: US hospitals are running out of…

A bullish year for Cathay Land

Qureshi says Pakistan ready to work with new US administration

Need to induct leaders from other parties to expand base: Bengal BJP…

PM exhorts youths to defeat ‘network of lies and rumours’…

Uttar Pradesh will provide free coaching to students from Basant…