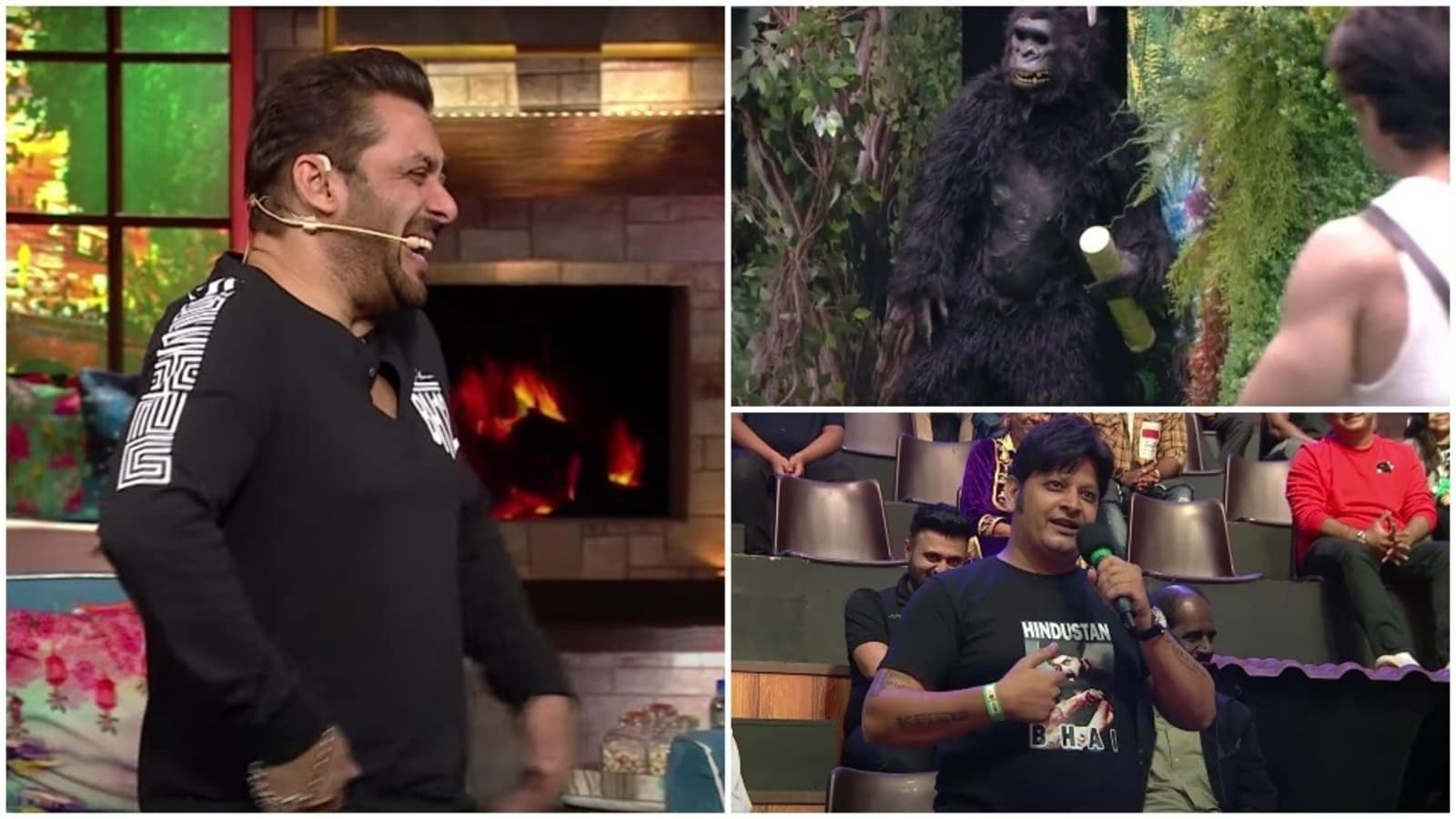 Actor Salman Khan appeared on The Kapil Sharma Show last weekend and ran into a colleague from Bigg Boss season 15.

Actor Salman Khan met a colleague from Bigg Boss 15 on The Kapil Sharma Show. Salman and his brother-in-law Aayush Sharma appeared on the comedy show to promote their movie Antim: The Final Truth. During the episode, Salman also interacted with a few audience members.

In a video shared by Kapil Sharma on YouTube, titled Limitless Fun with Salman Bhai Uncensored, the audience was asked what they’d do if they ever landed on ₹1 crore. One Salman fan said he’d donate half the amount to his NGO Being Human and the rest to those affected by the coronavirus pandemic. He also expressed the desire to watch Antim with Salman and showed off his special graphic T-shirt bearing Salman and Aayush’s pictures from the movie.

He introduced himself as a ‘chota mota (small time)’ actor. However, Salman objected to it. He said that there is no such thing as a small actor or artiste and tried hard to recall a line from a Shah Rukh Khan film. The man, however, refused to acknowledge anyone other than ‘Hindustan ka Bhai’–Salman. Host Kapil Sharma interjected, “Woh (Shah Rukh) bhi bhai hi hai. Woh koi bhabhi hai (Shah Rukh is also our brother. Is he our sister-in-law)?”

Salman took a pause and said with authority, “Lekin woh apna bhai hai. Tumhare bhai ka bhai kya hua (but he is my brother. What would a brother’s brother be to you)?” he asked and told the man never to forget this fact. The man accepted then that Shah Rukh was his ‘bhai’ too.

Upon further questions, the man also revealed himself to be the gorilla from Bigg Boss. This season, Bigg Boss has introduced a man in a gorilla costume who often enters the house with messages and directions for tasks.

Salman did not recognise the man at first but was later left in splits. Explaining it all to Kapil, he said that the man might get fired now for revealing his face on the show.

Get our Daily News Capsule

Thank you for subscribing to our Daily News Capsule
newsletter.

Denial of responsibility! Pedfire is an automatic aggregator of the all world’s media. In each content, the hyperlink to the primary source is specified. All trademarks belong to their rightful owners, all materials to their authors. If you are the owner of the content and do not want us to publish your materials, please contact us by email – admin@pedfire.com. The content will be deleted within 24 hours.
Bigg BossBigg Boss 15kapil sharmaSalman KhanShah Rukh Khanthe kapil sharma show
0
Share

Did You Know? Daenerys Targaryen aka Emilia Clarke Has Indian Roots

Everything to Know Amid Controversy

Former flight attendants reveal the strict rules they have…