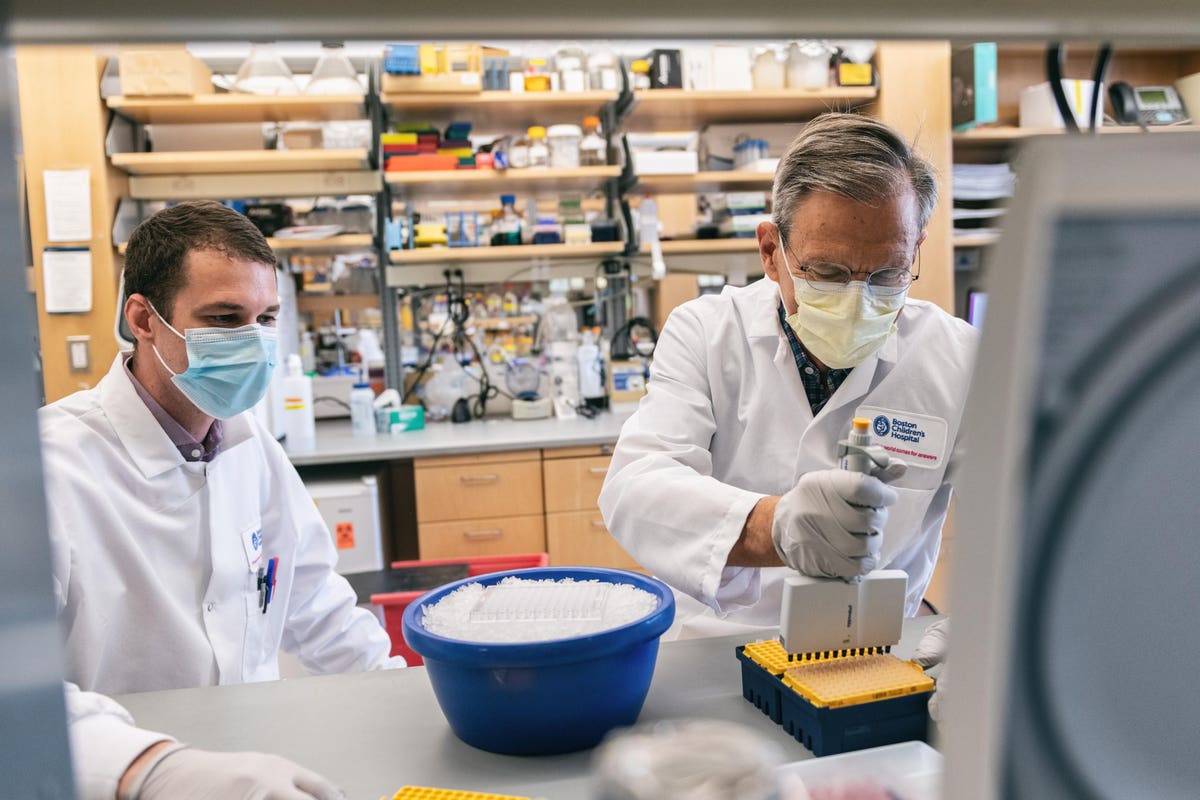 On Wednesday, the Albert and Mary Lasker Foundation announced the winners of its annual Lasker Awards, which honor billionaire Timothy Springer as well as several other scientists for the treatment and prevention of disease.

Since 1945, the foundation has handed out these awards in several different categories, including the Basic Medical Research award, for research that uncovers new areas of biomedical science; the Clinical Research Award, for advances that directly impact patients’ lives; and the Public Service award, for innovations in public health policy or improving public understanding of a health issue.

The foundation receives nominations throughout the year and the final winners are selected by a panel of judges. The awards have sometimes been given the nickname “America’s Nobel” as over 90 recipients of Lasker Awards have gone on to win Nobel Prizes.

In the 1970s, it became clear to cancer researchers that tumor cells were a lot different from normal cells — and not only because of the disease they create. Cancer cells behaved radically differently. They didn’t cling to cell culture dishes, like regular cells did. They would also unusually “ball up” rather than spread out.

In trying to figure out what was happening with tumor cells, scientists Richard O. Hynes and Erkki Ruoslahti independently studied the surface of both regular and tumor cells, discovering a protein called fibronectin that is present in abundance in normal cells but is virtually absent from tumors. It’s this protein that appears to shape the differing behaviors of the two types of cells.

At the same time, scientist Timothy Springer was also studying cell surfaces, but in his case he was working to determine how the body’s T-cells are capable of recognizing cells that are infected or cancerous. As the work of the three researchers went on into the 1980s, they discovered several related proteins that have since been dubbed “integrins.” There are 24 known integrins now, which operate in a number of different biological processes.

It was this set of independent discoveries by Springer, Hyns and Ruoslahti that are being honored in this year’s Lasker Award Prize for Basic Research. Their work not only helped better understand interactions between cells in the body, but have also provided the basis for treating multiple diseases, including dry eye, ulcerative colitis and Crohn’s disease.

“It’s wonderful to get validation from my peers,” Springer, now a billionaire, told Forbes about receiving the award. “I think that one reason it’s coming now is because of the impact that those discoveries have had on human health.”

Early in the Covid-19 pandemic, it was difficult to get a good, singular set of data for the cases that were spreading throughout the world. That is, until Lauren Gardner stepped in. She and her team at Johns Hopkins University developed a dashboard that made it easy to tell at a glance what the impact of the disease was. The dashboard quickly became a fixture for public health officials, politicians and journalists who were trying to get a handle on the numbers (this author still refers to it regularly.) For this achievement, Gardner was awarded the Lasker-Bloomberg Public Service Award for, in the words of the foundation, lighting “a path toward informed policy guidelines and personal choices amidst a morass of misinformation.”

This year’s Clinical Medical Research Lasker Award was given to research scientist Yuk Ming Dennis Lo. For decades, a standard practice of screening fetuses in utero was a procedure called amniocentesis. This process, in which a sample amniotic fluid is removed from the uterus, can yield lots of insights in screening for possible genetic disorders such as Down Syndrome. But it can also be unnecessarily dangerous, causing infection or even miscarriage.

In the 1990s, Lo had the idea that the then-developing science of genomics might hold a clue to developing a safer, less-invasive alternative for genetic screening. His research determined that DNA from a developing fetus could be found in the blood of a pregnant mother, eventually leading to the development of a blood test to screen for Down Syndrome that has been used millions of times. The technology has also been used for other genetic disorders as well as for screening for certain cancers.

Denial of responsibility! Pedfire is an automatic aggregator of the all world’s media. In each content, the hyperlink to the primary source is specified. All trademarks belong to their rightful owners, all materials to their authors. If you are the owner of the content and do not want us to publish your materials, please contact us by email – [email protected]. The content will be deleted within 24 hours.
Down SyndromeErkki RuoslahtiLauren GardnerTimothy SpringerYuk Ming Dennis Lo
0
Share

Tips to maximise compact spaces: Clever ploys to make the…

Yami Gautam gets sweet wish from husband Aditya Dhar on her…