Black Friday 2022 Date: Know History and Significance of the Day That Marks the Start of the Shopping Season in the United States 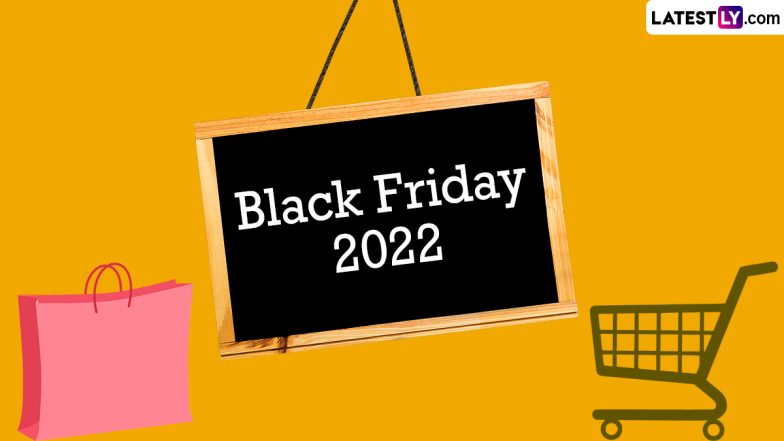 Black Friday occurs on the fourth Friday in November unless November 1 is a Friday. The day has routinely been the busiest shopping day of the year in the United States since 2005. Stores across the US offer highly promoted sales at discounted prices and often open early, sometimes even on Thanksgiving, while some stores continue with their sales till Monday (Cyber Monday) or for a week (Cyber Week).

The day after Thanksgiving has been regarded as the beginning of the Christmas shopping season in the US since 1952. The history of the Black Friday shopping season dates back to the late 19th and early 20th centuries when many Santa or Thanksgiving parades were sponsored by department stores. These included the continuing Toronto Santa Claus Parade in Canada since 1905, originally sponsored by Eaton’s, and Macy’s Thanksgiving Day Parade held in Manhattan, New York City since 1924, sponsored by Macy’s.

The department stores used the parades and other events to launch their product and give them a big advertising push. Later, as the advertising and discounts gained popularity on this day, stores tried to offer their products at discounted rates and did Christmas advertising before the parade was over. Therefore, the day after Thanksgiving became the day when the shopping season officially started. As per records, Amazon was the first to offer ‘Black Friday in July’ deals in 2015 on what they called ‘Prime Day.’ Amazon repeated the practice in 2016 and 2017, and other companies began offering similar deals.

Several online stores invest a lot of money in promotional campaigns to generate more sales and drive traffic to their stores and this festive season gives them the right opportunity. Black Friday marks the unofficial beginning of the Christmas shopping season. It is a shopping day as it is the first day after the last major holiday before Christmas. To take advantage of the long festive weekend, all retailers in the country offer various sales including limited deals to woo customers.

(The above story first appeared on LatestLY on Nov 22, 2022 05:04 PM IST. For more news and updates on politics, world, sports, entertainment and lifestyle, log on to our website latestly.com).

Forget Calories And Relish The Flavoursome Menu At Delhi’s HOME

Riot is Suing NetEase Over What It’s Claiming is a…

Fitness Tips for Seniors from a 96-Year-Old Swimmer