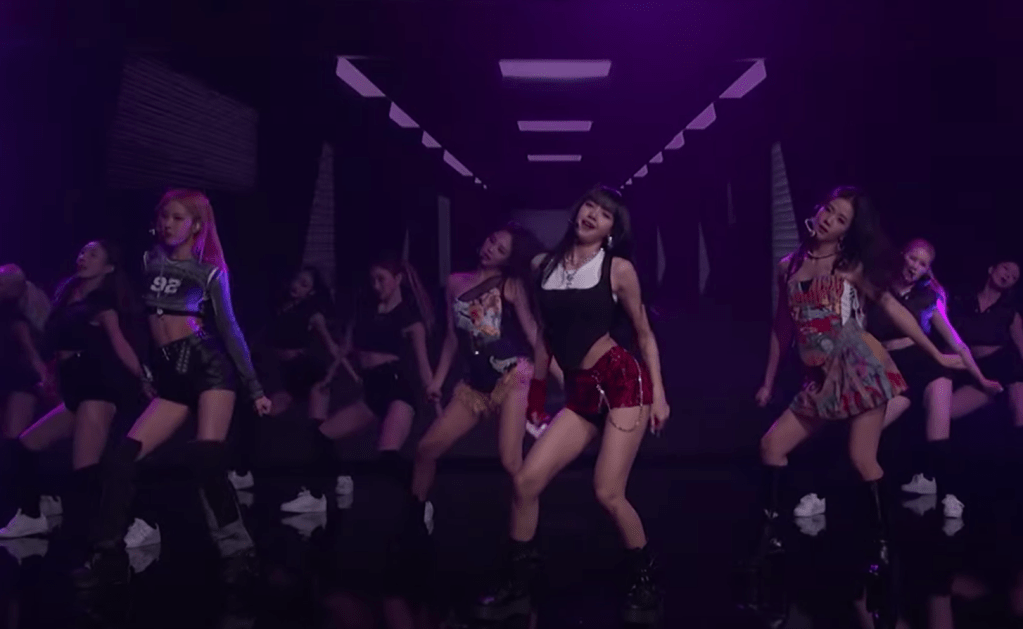 Blackpink took control of the stage at Jimmy Kimmel Live with their latest single “Shut Down.” The K-pop girl group — comprising Jennie, Jisoo, Rosé, and Lisa — offered dynamic, highly-choreographed performance on the late-night show, appearing with a group of dancers.

The single, off their second album Born Pink, out now via via YG Entertainment/Interscope Records, takes aim at the band’s doubters, haters, and the paparazzi. The chorus notes, “When we pull up you know it’s a shut-down,” while the hook goes, “Whip it whip it whip it whip it / Keep watching me shut it down.”

The girl group dropped a video for the hip-hop-infused track last week after teasing it on social media.

In July, the group announced they were in the “final stages” of recording Born Pink, which marks their second studio album. With songs like “Shut Down,” “Hard to Love,” and “Ready for Love,” much of the album features writing credits from frequent collaborator Teddy Park, who wrote songs on their previous album. “He’s like an alarm, reminding us to keep moving musically. All he has to do is call, ‘Hey, what’s up?’ and I’ll be like, ‘Oh, my God,’ tensing up,” Jennie told Rolling Stone about Park. “But it’s a good tension that Blackpink needs.”

Blackpink is set to go on a world tour in support of Born Pink this fall. The global trek kicks off at Seoul Olympic Park on Oct. 15 and continues through next summer, where it will wrap in New Zealand. The 36-date world tour aims to be the “largest world tour in the history of a K-pop girl group,” according to the pop phenomenon’s management company YG Entertainment.