BOC, BIR to start tests for compliance of oil firms with fuel marking 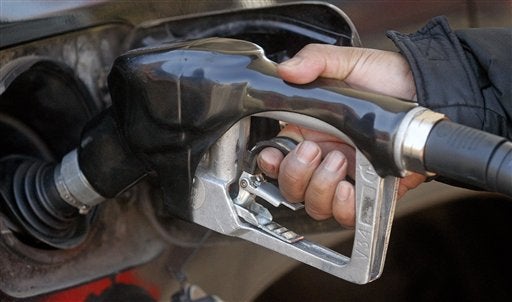 In a statement on Thursday (April 8), the BOC said random field and confirmatory testing will cover diesel, gasoline and kerosene—oil products which since September 2019 were being injected with a chemical marker signifying payment of correct import duties and excise.

The BOC and the BIR will check for products that do not contain the required fuel marker level.

“The field-testing process will be done using mobile laboratory units equipped with analyzers capable of detecting the official fuel marker’s presence in any fuel sample,” the BOC said. “The test result will be generated on-site and will indicate a pass or fail result,” it added.

“Products with failed results will be subjected to confirmatory testing in the fuel-testing facility. For purposes of transparency, the owner of the fuel or his representative will be allowed to witness the field and confirmatory testing,” the BOC added.

The BOC said “petroleum products found without the official fuel marker or not containing the required level are subject to payment of duties and taxes, as well as appropriate fines and penalties.”

Payment of fines or penalties would not spare “diluted or unmarked products” from confiscation or the filing of criminal cases against the products’ importers and traders, the BOC said.

Rules issued in 2019 mandated the BOC to oversee fuel-marking implementation in depots, tank trucks, vessels, warehouses and fuel-transporting vehicles, while the BIR was in charge of refineries and their attached depots, gasoline stations and retail outlets.

The BOC, the BIR and the Department of Finance (DOF) last February piloted field testing and issued supplemental guidelines.

Assistant Customs Commissioner Vincent Philip Maronilla told the Inquirer back in February that the bureau had yet to encounter any instance of counterfeit fuel markers.

Random field and confirmatory testing was mandated by the Tax Reform for Acceleration and Inclusion (TRAIN) Act, which included the fuel-marking program as a tax measure to combat oil smuggling and false declaration.

Finance Secretary Carlos Dominguez III in 2020 said the increasing tax revenue collection through fuel marking was proof that smuggling was on the decline.

Last Monday (April 5) Dominguez said that as of end-March, the BOC and the BIR collected a total of P210.6 billion in import duties and excise from 21.6 billion liters of oil products with the help of fuel marking.

Prior to fuel marking, government estimates had computed revenue loss from smuggled and falsely declared oil to have reached more than half of actual duties and taxes collected in recent years.