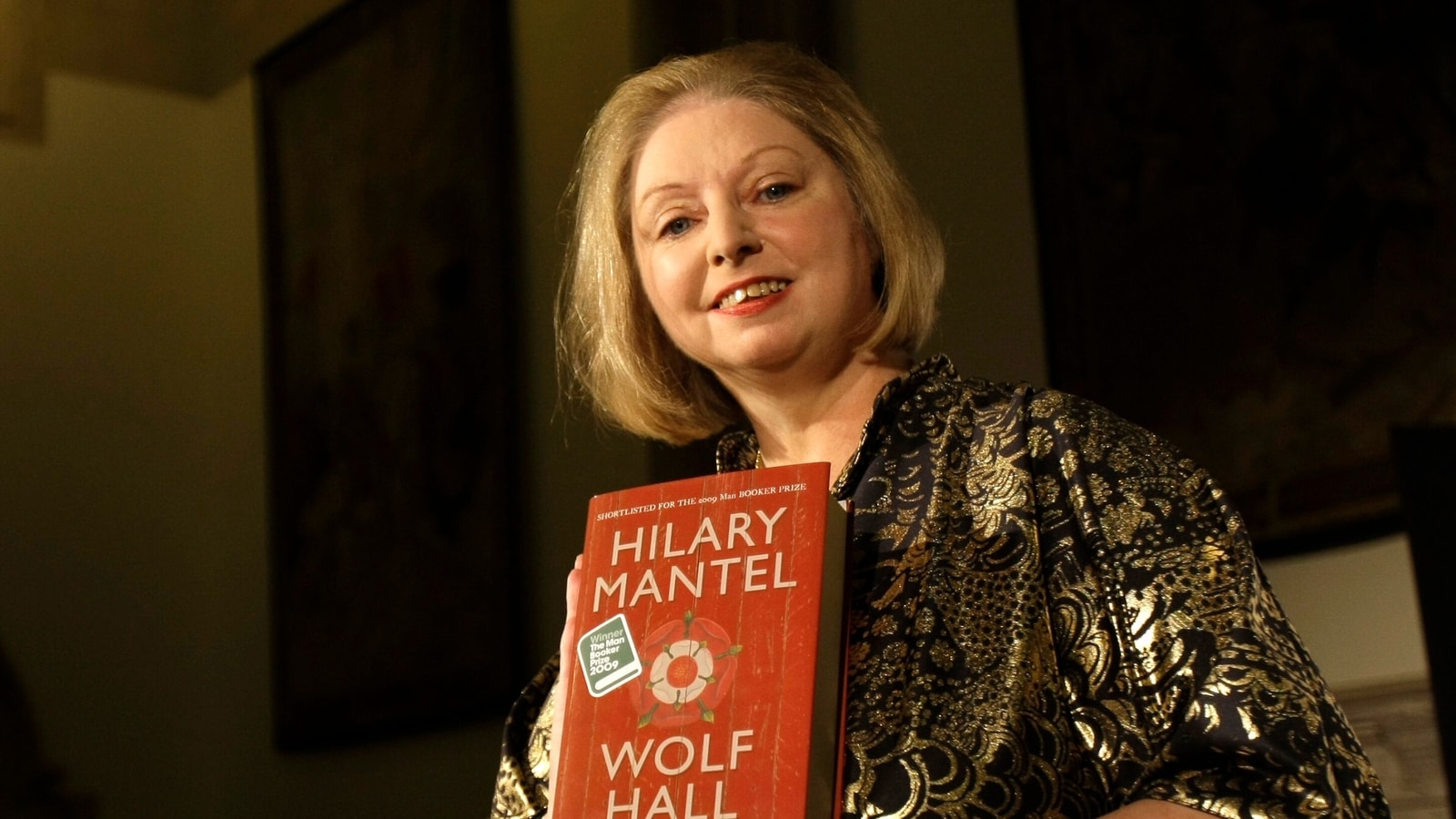 Hilary Mantel, the British author of the best-selling Wolf Hall trilogy and the first woman to win the prestigious Booker Prize twice, has died. She was 70, her publisher and agent said on Friday. Mantel, who was regarded as one of the greatest English-language novelists of this century, died “suddenly yet peacefully” on Thursday surrounded by close family and friends, according to her agent.

A statement released by publishers HarperCollins said: “We are heartbroken at the death of our beloved author, Dame Hilary Mantel and our thoughts are with her friends and family, especially her husband, Gerald.”

“This is a devastating loss and we can only be grateful she left us with such a magnificent body of work,” it said.

“Mantel was one of the greatest English novelists of this century and her beloved works are considered modern classics. She will be greatly missed,” her agent wrote in a blog post.

Born on July 6, 1952, in Glossop, Derbyshire in England, Mantel received the prestigious Booker Prize twice, for 2009’s Wolf Hall, the first in the Thomas Cromwell series, and the 2012 follow-up Bring Up the Bodies, which also won the 2012 Costa Book of the Year. To date, The Wolf Hall trilogy has been translated into 41 languages with sales of over 5 million worldwide.

The conclusion to her trilogy, The Mirror and the Light, was published in 2020 to much critical acclaim, became a fiction best-seller and was longlisted for The Booker Prize 2020. Mantel was the first woman to receive the Booker Prize twice.

“Everyone at the Booker Prizes is deeply saddened to hear of the death of Hilary Mantel, four-time Booker Prize nominee and winner in 2009 and 2012. We send our sincere condolences to her family, friends and colleagues,” The Booker Prizes said in a tweet.

Ben Hamilton, who was Mantel’s agent throughout her career, said it had been “the greatest privilege” to work with the writer.

“Her wit, stylistic daring, creative ambition and phenomenal historical insight mark her out as one of the greatest novelists of our time,” Hamilton said.

“She will be remembered for her enormous generosity to other budding writers, her capacity to electrify a live audience, and the huge array of her journalism and criticism, producing some of the finest commentary on issues and books… We will miss her immeasurably, but as a shining light for writers and readers she leaves an extraordinary legacy,” Hamilton said.

Nicholas Pearson, former Publishing Director of 4th Estate and Hilary’s long-term editor said the news of Hilary’s death was “devastating” to her friends and everyone who worked with her.

“Hilary had a unique outlook on the world — she picked it apart and revealed how it works in both her contemporary and historical novels — every book an unforgettable weave of luminous sentences, unforgettable characters and remarkable insight. She seemed to know everything. For a long time, she was critically admired, but The Wolf Hall Trilogy found her the vast readership she long deserved,” Pearson said.

CEO HarperCollins Charlie Redmayne said Mantel was a “writer to the core” who had “huge empathy for her subjects”.

“A writer to the core, Hilary was one of the greatest of her generation – a serious, fearless novelist with huge empathy for her subjects. Who else could have brought Thomas Cromwell, Henry VIII and the huge cast of The Wolf Hall Trilogy to life with such insight, frailty and humanity but her?

“We will all miss Hilary’s company, her wisdom, her humour, and treasure her incredible literary legacy – she will be read as long as people are still reading,” Redmayne said.

In an interview with the Financial Times newspaper on September 10, Mantel talked about her perennial health conditions and said that her “health is unpredictable”.

“When I was small, an unkind doctor called me ‘Little Miss Neverwell’. Now I’m Great Dame Neverwell. My health is unpredictable and a daily source of tension. But I am always looking for improvement,” she was quoted as saying by the British daily.

Since she was in her early 20s, Mantel suffered from debilitating health conditions. She was later diagnosed with endometriosis, a disease of the female reproductive system, due to which she had to undergo surgical menopause at the age of 27, leaving her unable to bear children.

The writer said that extreme caution in small things and taking big risks in matters of importance defined her life.

“In small things, extreme caution: ‘Take your raincoat. In fact, why not take two?’ But for a new country or a project, I’ve been ready to jump. In big decisions, you seldom have all the information you need. If you hesitate and rationalise for too long, your courage slips away,” she said in the interview.

Mantel also touched upon the topic of the afterlife as she responded to a question about whether she believed in the idea or not.

“Yes. I can’t imagine how it might work. However, the universe is not limited by what I can imagine,” she had said.

The 4th Estate Books, an imprint of HarperCollins UK, published her latest book, “The Wolf Hall Picture Book” which was released in the UK on September 15.

Mantel was born in Glossop, Derbyshire, England on 6 July 1952. She studied Law at the London School of Economics and Sheffield University. She was employed as a social worker, and lived in Botswana for five years, followed by four years in Saudi Arabia, before returning to Britain in the mid-1980s.

This story has been published from a wire agency feed without modifications to the text. Only the headline has been changed.

Denial of responsibility! Pedfire is an automatic aggregator of the all world’s media. In each content, the hyperlink to the primary source is specified. All trademarks belong to their rightful owners, all materials to their authors. If you are the owner of the content and do not want us to publish your materials, please contact us by email – [email protected]. The content will be deleted within 24 hours.
Booker prizebooker prize winning author deadHarperCollinsHilary MantelHilary Mantel achievementsHilary Mantel booksHilary Mantel deathNicholas Pearson
0
Share

Salman Khan did not charge for GodFather? Chiranjeevi has to say