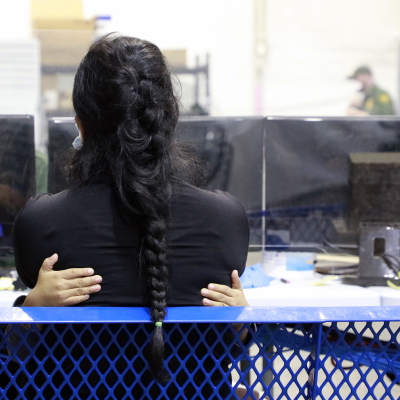 Q: Has the Biden administration sent “pallets” of infant formula to the border amid a nationwide shortage?

A: Yes. Customs and Border Protection, the agency that first encounters and then processes immigrants, is required by federal law to provide formula to infants in its care and has been doing so during the recent shortage.

Is it true that the Biden admin is sending pallets & pallets of baby formula to the immigrants at the border but leaving US grocery store shelves bare?

A nationwide shortage of baby formula has been driven by the shutdown of a major plant run by Abbott Nutrition, a recall of Abbott’s formula and pandemic-related supply-chain issues. But the issue became politicized when lawmakers and pundits suggested that the shortage was due to the president’s policies.

After being criticized for being slow to respond, President Joe Biden invoked the Defense Production Act on May 18 to address the shortage, military planes have begun bringing tons of formula from Europe, and the FDA has entered a consent decree with Abbott to re-open the closed facility.

But claims about the shortage persist, and conservatives have now combined them with another politicized issue — immigration.

Rep. Kat Cammack, a Republican from Florida, was one of the first to do so. She posted two pictures on Facebook on May 11 — one showed a shelf holding baby food and Sam’s Club infant formula for immigrants, while the other showed partially empty shelves with Similac, a brand of infant formula made by Abbott. She paired them with a message that said, “The first photo is from this morning at the Ursula Processing Center at the U.S. border. Shelves and pallets packed with baby formula. The second is from a shelf right here at home. Formula is scarce. This is what America last looks like.”

The next day, Cammack added a link seeking political contributions.

Since posting the pictures, she’s been featured on Fox News or Fox Business at least five times making similar claims. Among her appearances was one on Sean Hannity’s show, one of the cable network’s most watched programs.

Rep. Elise Stefanik, a Republican from New York, picked up on the claim, too, tweeting on May 13: “Joe Biden continues to put America LAST by shipping pallets of baby formula to the southern border as American families face empty shelves.”

Texas Gov. Greg Abbott called the administration’s decision to provide formula to detained infants “reckless” in a joint statement with Brandon Judd, president of the border patrol’s union. Judd has advanced “replacement theory” arguments, saying he believes that the Biden administration is encouraging immigration from South and Central America in order to “change the demographics of the electorate.”

The joint statement also said, “While mothers and fathers stare at empty grocery store shelves in a panic, the Biden Administration is happy to provide baby formula to illegal immigrants coming across our southern border.”

But those claims omit information about immigration policy requirements.

The treatment of detained immigrant minors is governed by a framework of U.S. laws and regulations, chief among them a 1997 settlement agreement in a class-action case called Flores v. Reno.

That agreement laid out the legal standards required for minors in U.S. custody, specifying that they be afforded “drinking water and food as appropriate,” access to bathrooms, emergency medical services, and accommodations that are ventilated and temperature-controlled.

The original agreement referred to the Immigration and Naturalization Service, which was dissolved after the creation of the Department of Homeland Security in 2002. U.S. Customs and Border Protection, an agency within DHS, is the first to detain child migrants who cross or are taken across the border illegally.

In accordance with Flores, CBP issued a set of national standards in 2015 that specified food provided to minors “must be appropriate for at-risk detainees’ age and capabilities (such as formula and baby food).”

A November policy statement from CBP reiterated that requirement, following recommendations for the treatment of infants from the DHS Office of Inspector General’s July 2021 report.

“CBP facilities will have diapers, baby wipes, and infant formula available for infants. Infant formula must be inspected on a regular basis to ensure it has not reached or surpassed its expiration date,” the policy statement says.

The policy statement also establishes that CBP facilities within 100 miles of the southwest border must have at least one “safe and secure sleeper/bassinet in which infants can sleep” and that all centralized processing centers must have at least five.

Data posted to CBP’s website doesn’t show how many infants it has processed and a CBP spokesman declined to answer our request for information about how many infants are currently detained at the border and how much formula is on hand at detention facilities.

But the spokesman did provide us with this statement: “CBP takes seriously its legal responsibility to ensure the safety and security of individuals in our custody. Ensuring migrants, including children and infants, in our custody have their basic needs met is in line with this Administration’s commitment to ensuring safe, orderly, and humane processes at our border. CBP complies with all applicable regulations for the purchase of products used in CBP facilities.”

So, detention facilities are legally required to provide formula to infants in their care.

White House Press Secretary Jen Psaki said as much when she was asked about the claims at a May 13 press conference. Psaki referred to the Flores settlement and said of providing detained infants with formula, “CBP is following the law. … This has been a law in the United States for a quarter-century. It’s been followed by every administration.”

It’s also worth noting that, according to CBP’s own standards, detainees are not supposed to be held for longer than 72 hours and “[e]very effort must be made to hold detainees for the least amount of time required for their processing, transfer, release, or repatriation as appropriate and as operationally feasible.”

That 72-hour limit isn’t always followed. But to the extent that CBP is providing formula to detained infants, it’s likely not for an extended period of time, which suggests that the amount of formula at the facilities wouldn’t have a measurable impact on the national supply.

Editor’s note: FactCheck.org does not accept advertising. We rely on grants and individual donations from people like you. Please consider a donation. Credit card donations may be made through our “Donate” page. If you prefer to give by check, send to: FactCheck.org, Annenberg Public Policy Center, 202 S. 36th St., Philadelphia, PA 19104.

Biden, Joe. “Memorandum on the Delegation of Authority Under the Defense Production Act to Ensure an Adequate Supply of Infant Formula.” Presidential actions. 18 May 2022.

Cammack, Kat. “The first photo is from this morning at the Ursula Processing Center at the U.S. border. Shelves and pallets packed with baby formula. The second is from a shelf right here at home. Formula is scarce. This is what America last looks like.” Facebook. 11 May 2022.

Carless, Will. “‘Replacement theory’ fuels extremists and shooters. Now a top Border Patrol agent is spreading it.” USA Today. 6 May 2022.

Gruwell, Abbie. “Unaccompanied Minors and the Flores Settlement Agreement: What to Know.” National Conference of State Legislatures. Accessed 19 May 2022.

Sony TV is back with the new season of Indian Idol;…

Why using Cobots is gaining popularity

Launch Your Summer At The Newly Renovated Four Seasons…