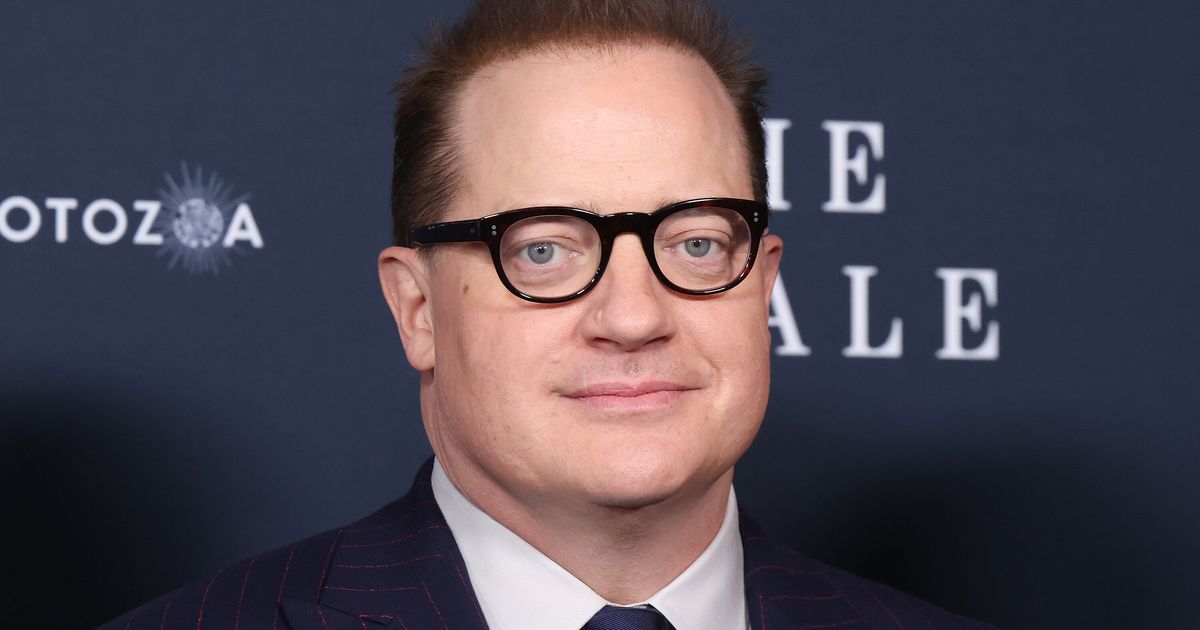 Brendan Fraser is celebrating his long-awaited Hollywood comeback with family at his side.

The actor arrived at a Tuesday screening of his latest movie, “The Whale,” accompanied by sons Holden, 18, and Leland, 16.

Fraser wore a navy Brooks Brothers suit with red pinstripes to the screening, which took place at New York’s Lincoln Center. And though the younger Frasers rarely make public appearances, they joined their dad on the red carpet for photos.

Directed by Darren Aronofsky, “The Whale” follows Charlie (played by Fraser), a reclusive gay man who attempts to reconnect with his estranged daughter, Ellie (Sadie Sink), amid health concerns related to an eating disorder.

The drama premiered at the 2022 Venice Film Festival in September to great acclaim, garnering Fraser some of the best reviews of his career as well as early awards season buzz. The San Jose Mercury News called the actor’s performance “one for the ages,” while the Toronto Star proclaimed: “Believe the hype.”

Earlier this fall, Fraser opened up to Variety about his decision to take a step back from acting in major studio films to focus on raising his family.

“Presently, Hollywood may be back in play, but I know that the time I needed to take for personal reasons and for family reasons was all time well spent,” he told the publication. “And the industry changed a great deal from the time I stepped back in 2009 or 2010. It kind of went from analog to digital, so I had to adjust to that.”

The star of “The Mummy” also suggested that his performance in “The Whale” may not have been possible if he hadn’t taken time out of the spotlight.

“Being with my kids and their mom and our family has given me such love that if ever I needed to hold something of value up to try and translate that to what was important to Charlie, I didn’t have to look far,” he told Interview magazine.

5 Key Questions In The Report That Remain Unanswered By…